Despite the fact that he was found with a loaded assault rifle, El Chapo, or "Shorty," went quietly, without a single shot fired. 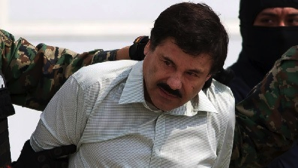 It's a big moment for international law enforcement, and it comes just shy of the third anniversary of another victorious nighttime assault, this one halfway around the world — in Pakistan.

What was different about the SEAL Team 6 assault on Osama Bin Laden's Abbottabad compound was that once the SEAL operators took to the air that night in their specially modified stealth Blackhawk transports, their target's fate was sealed.

But what these raids — and countless others like them — had in common was the usage of a key technology: night vision optics.

Based either on the technology of ambient light enhancement (starlight scopes) or thermal imagining (infrared vision), night vision has helped advanced military units gain a valuable advantage over their less fortunate adversaries since the Vietnam War by giving them the option of fully-functional nighttime operations.

Starlight and infrared technology function on two fairly similar principles. They both rely on electronically enhancing the signature of either visible light — such as the kind supplied by the moon, stars, and distant artificial light sources — or the invisible, low-frequency light emitted by heat.

It's a family of technologies that has no bigger fan or benefactor than our own Department of Defense.

Given that the Pentagon recently announced major personnel cuts to the Army and major financial and equipment cuts to all branches of the armed service, in the meantime retaining full funding for the Special Forces, it's not a major leap to expect our government to maintain clandestine operations at the current rate for at least the foreseeable future.

Some would call this sort of thinking paranoid or — forgive the pun — "dark," but I just look at it as recognizing a trend.

And this is one we've been building towards for more than a decade now.

As one of my favorite TV characters, Michael Weston, once said, "Assassins aren't just comfortable in the dark; they prefer it."

Right now, Exelis Inc. (NYSE: XLS) is an excellent play for anybody else who sees the same perpetual uptick in the demand for tactical night vision optics.

The company produces everything from basic, battery-powered single-lens units designed for surveying to integral "individual soldier systems," which display messages and warnings and can broadcast first-person views from each unit to unit commanders in real time. 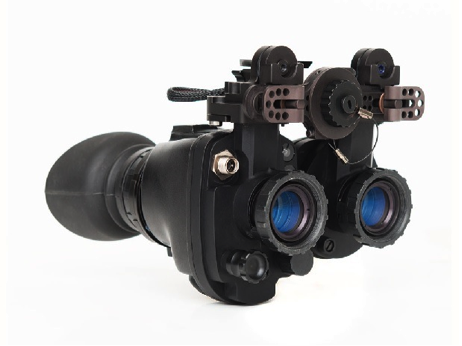 Exelis also offers night vision optics for use on small arms such as infantry automatic rifles and sniper rifles.

Sensors Not Just for the Foot Soldier

But the company also goes far beyond infantry gear and applies its imaging and sensor technology to a wide spectrum of platforms — not all of them on the ground. 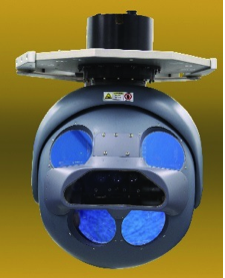 Exelis offers a variety of products designed for airborne remote sensing, automated material identification, climate and environmental monitoring, as well as a list of solutions in information processing.

Boiled down to its essentials, the company's business model involves the gathering and analysis of data in environments that are hostile to data gathering either by virtue of low visibility or just hostility altogether.

So why do I like this company so much?

Well, reading off its specialties, I feel like I'm reading a grocery list for DoD spending, almost in prioritized order — especially now that our big, visible, high-profile army is going to be cut down to pre-World War II size for the first time in 70 years.

Exelis, a spin-off from ITT Corporation (NYSE: ITT), has been trading publicly for less than two years, with shares currently selling in the $20 range.

The company's market cap today stands at just shy of $4 billion — which, thanks to some extraordinary growth, is exactly the current value of its parent company.

And things are looking up.

In the last week alone, Exelis has signed contracts with the Navy, the Air Force, and the Sikorsky Aircraft Corporation for the delivery of $56 million worth of airborne imaging and naval minesweeping systems.

And the best part (yes, there is a best part to global conflict) is that unlike actual weapons and munitions, which are only used in training and in actual combat, Exelis manufactures products that are used every day (or night), regardless of political climate.

That means that as long as the CIA, the Pentagon, and the NSA still view intelligence gathering as a worthwhile endeavor, Exelis will have plenty of demand for its technology.

Bad news for civil liberties, perhaps... but good news for your portfolio.

As our government grows and defense funding is reallocated towards the clandestine, information-gathering functions of the armed forces, young, already-thriving companies like Exelis will grow into tomorrow's defense mega-contractors.