Everything on Earth that moves is moving through a fluid.

The tiniest wave of our hand pushes air molecules in different directions, and our breaths disrupt the field of fluid around us.

Whenever we drive, our cars cut through the air and create drafts and vortexes and crazy currents.

Think about all the vehicles pushing fluid around right now. At any given moment on Earth, there are hundreds of thousands of vehicles moving through space — cars, trucks, buses, trains, and airplanes are moving the air, while seafaring vessels are moving both water and air.

These man-made currents have long been a tempting source of energy. If we could somehow tap into them, we could recover some of the energy lost in transit. In effect, it would be a small step toward perpetual motion.

But is this even possible?

Well, a number of groups are working on big inventions to make it so.

North Carolina, home of the Wright Brothers' Kitty Hawk proving ground, is proudly the “first in flight” state. And this week, a group of entrepreneurs based out of Fletcher, North Carolina announced their company has been working on a way to harness airplane drafts as an energy source.

It's a pretty simple idea: Since commercial airplanes take off at speeds of around 250 to 300 miles per hour, they can create a heck of a draft. Scientists have actually been working on harnessing this for years, but it presents a few problems.

Turbulence is one factor. According to a University of Kansas study last January, the standard wind farm-style turbines generate turbulence that can have a negative effect on general aviation anywhere in the range of 2.84 miles of a wind farm. Theoretical models show that both the roll hazard and crosswinds are increased within this range.

Height and flight path obstruction is another factor. In Ontario, Canada, eight wind turbines in the municipality of Chatham-Kent have to be taken down because of their close proximity to a small airport, which violates airport zoning regulations.

Obviously, companies looking to take advantage of airport winds have to deal with a whole unique set of regulations.

Two giant turbines in Derby, England, for example, had to be stopped because the blades interfered with the radar systems at East Midlands Airport. Even though the turbines are more than six miles away from the airport and could generate enough energy to power 3,000 homes, the risk to flights was too great. The turbines, nicknamed “Winnie and Tony” by locals, gradually moved into operation this year.

The installation was originally estimated to save the airport $13,000 a year in energy costs, but actual savings from the array have not been published recently.

Logan's turbines were designed and installed by none other than AeroVironment (NASDAQ: AVAV), the company most famous for being one of the only public companies involved in the production of unmanned drones.

If you've ever taken a subway, you know how windy it is.

As you ride the long escalator down into a D.C. metro station, you can feel the Venturi effect pulling air across your face.

As you stand on a New York subway platform, the arrival of a train is foretold by a huge gust of wind.

These underground tunnels are like arteries for air currents, mostly because subway cars are ridiculously un-aerodynamic.

Since the trains have flat fronts and the tunnels have very little clearance around them, subway cars are essentially air plows.

With small turbines in subway tunnels, the trains can generate an impressive amount of energy.

In a pilot test spanning just 10 days in the summer of 2013, the Los Angeles Metro pushed enough wind to power 12 homes for a whole year.

The unit that generated the power is called MACE (Mass Airflow Collection Equipment) and is a 10-foot long turbine tube with 16 sets of blades on it. A single unit was custom-built for the LA Metro by a company called WWT Tunnel LLC, which placed it between two stations.

The average speed of an LA metro train is 56.7 miles per hour, and WWT Tunnel concluded that trains moving faster would generate significantly more power, since the higher speed generates a higher “wind” speed and causes the turbines to spin longer.

In the company's own words: “The amount of electricity produced increases geometrically as the speed of the train increases arithmetically.” 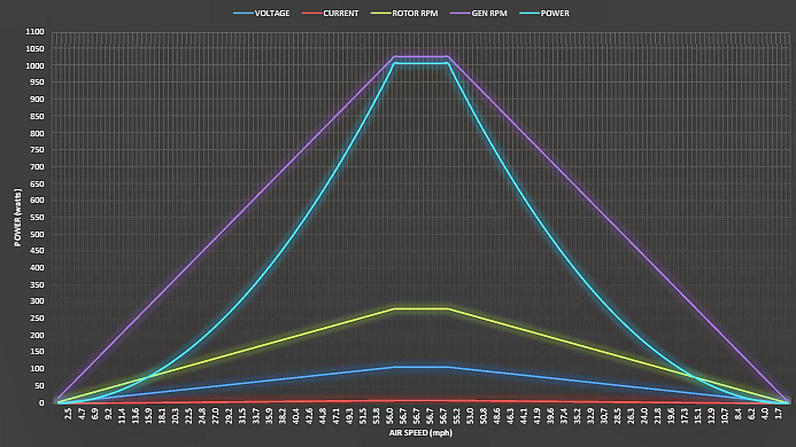 In a city like New York, however, trains move incredibly slowly. According to estimates, the slowest NYC subway line travels at 13.3 mph, and the fastest travels at 32 mph.

However, with more than 30 lines operating at regular intervals 24 hours a day, New York benefits from volume over speed.

Fortunately, mass transit is booming. More Americans are using buses, trains, and subways now than at any time in the last 60 years.

In 2013, more than 10.7 billion trips were made on public transit across the country, and subway trains saw the biggest jump, with a 2.8% increase nationally. Miami saw a massive 10.6% increase in 2013.

Part of this is a generational shift. Younger Americans who can't afford cars are forgoing high-interest loans and instead relying on mass transit. With a lifetime of plummeting property values, they're forgoing home purchasing, too. This means we've been watching an overall move toward urban areas by millennials.

So that's the case. We're moving toward cities, we're moving more often, and we're leaving a wake behind us.