More Nukes for Your Freedom 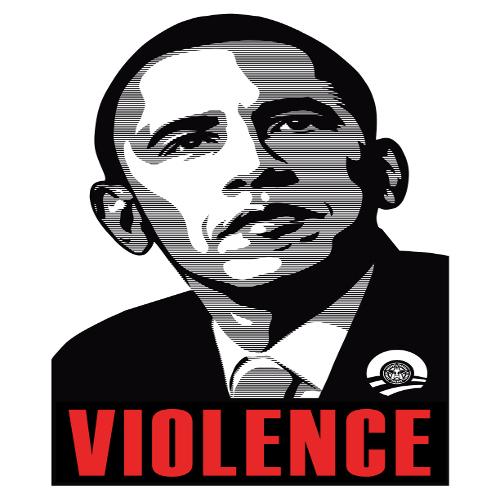 The official Cold War may be over for now, but apparently the lust for nuclear weapons is not. The U.S. government has plans to vastly expand the production of nuclear weapons.

The peace president – that would be Obama – promised to bring peace, close the Guantanamo detention center, and reduce the stockpile of nuclear weapons, among many other things. Either Obama was lying, or he had a change of heart, or he is not the one pulling the strings. I suspect the first and third options are the most likely.

The U.S. government is increasing its production of nuclear weapons and plans to spend $355 billion over the next decade. Considering there are already thousands of nuclear warheads, this seems like a bit overkill.

While this whole story is a bit scary when considering that a few nukes could pretty much end civilization on earth, adding more nukes probably doesn’t make the situation that much more dangerous. There is always the possibility that something could go very wrong, but the U.S. government already has plenty of nuclear warheads to blow up the world.

When there are hundreds of billions of dollars involved, we should not be surprised by these events. We can be certain that there is plenty of influence being bought at the Energy Department.

There was an accident earlier this year involving nuclear weapons waste, which exposed several workers to radiation. So the Energy Department needs to be proactive in making sure that the budget keeps increasing and isn’t cut due to a little bad publicity.

While many Obama critics will say that he is a liar, I think there is more to it than that. He may or may not have run for president with good intentions. I really don’t know that.

But one thing I’m sure Obama has learned as president is that the president doesn’t actually have that much power. It is hard for most people to fathom this concept, but the president really is just a figurehead in a lot of ways.

The president has some power, but it has to be exercised within a narrow window. This window usually involves the growth of government, or at least the maintenance of the bureaucratic system.

So while Obama is certainly responsible for expanding nuclear production, it was probably not his initial decision to do so. He is just rubber stamping it.

Perhaps it is due to a lack of principles or perhaps is due to a fear of the consequences of not going along. It is probably some of both. But I point this out only because so many people put all of their hopes in politics.

Think of the leftist political guru who was really excited about Obama in 2008. Here was a guy who said that the Iraq War was a huge mistake and that he was going to change policy towards more peace. The more principled members of the left cheered on Obama. There were only a few who cautioned the cheering.

Now they have a president who is presiding over many small wars and international campaigns all over the Middle East, bringing death and destruction to more and more places. Obama has not fulfilled his promises. And now nuclear weapon production is expanding on his watch.

The next time a political candidate makes a promise, don’t believe anything that is said. Whether it is smaller government promises from George W. Bush or more peace from Barack Obama, the end result is usually the same.