Obama's Got Gas (It's Natural)

What to Do with a Glut of Gas

If you haven't noticed by now, true energy independence is at the end of a long and winding road of broken promises and wordy speeches.

We know the song and dance all too well.

It begins with a few notes about eliminating U.S. dependence on foreign oil entirely, followed by a two-step over renewables alleviating a very serious decades-long addiction to crude.

It's been done eight times since Nixon took the oath of office in 1969 — and with every repeat performance, we nod our heads and clap along.

It should be noted that the presidential dedication to energy independence doesn't come without a bit of humor...

The 32 solar panels that Carter installed on the White House were promptly taken down as soon as Reagan took a seat in the Oval Office. In fact, it was one of his first executive decisions.

So where are we today, 36 years into listening to the same broken record?

It appears the next 25 won't be much different: 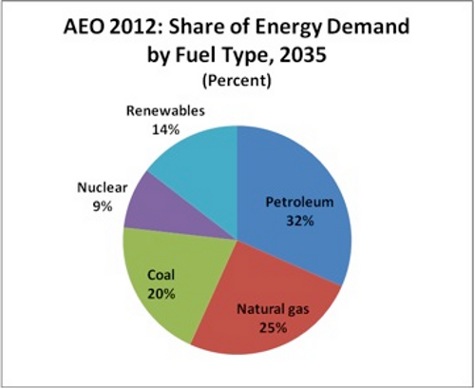 So what's the solution to our energy independence that the last eight U.S. leaders have missed?

It's so simple, it's complicated: access to cheap energy.

Granted, our move away from oil won't happen overnight (and I wouldn't pay much heed to anyone saying it will)... but it will happen.

Over the last year, investors have been successful banking on future LNG exports. 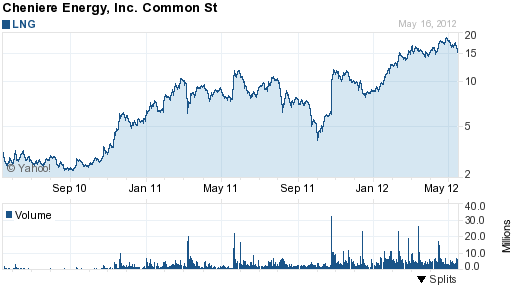 U.S. LNG is the bandwagon everyone's jumping on — and the same place they could end up getting burned.

So far, our Commander in Chief has been supportive of LNG exporting projects.

(Were you expecting anything different during an election year?)

But here's the catch: Obama doesn't have to openly oppose it. Because buried deep in the government's archives is a particular piece of legislation that's been tucked away for decades...

The Export Administration Act of 1969 effectively gave the president the authority to limit or suspend exports of U.S. commodities (among other things) in the interest of national security, short supply, and foreign policy.

I can think of a few individuals who consider our domestic energy supplies — specifically, our cheap natural gas — an interest to national security.

Right now, natural gas costs roughly the same as a $15 barrel of oil.

When the first shipments of LNG depart from Gulf Coast facilities, the inevitable outcome would be rising domestic natural gas prices.

When that happens, how long until political pressure reaches a boiling point for the current president?

More importantly, is there a way for us to properly prepare for the upcoming shift to natural gas?

On the one hand, low prices have been crushing North American gas producers; on the other, future LNG exports could be nipped in the bud by pushing the right political buttons.

Prepare Your Portfolio for the Flood

There's a better way to invest in natural gas — and it isn't from potential exporters whose shipments could be cut with the snap of presidential fingers.

Just as we saw in the early days of the U.S. petroleum industry, the real investment potential lies with infrastructure.

According to EIA data, there are more than 210 natural gas pipeline systems and over 300,000 miles of transmission pipelines across the United States: 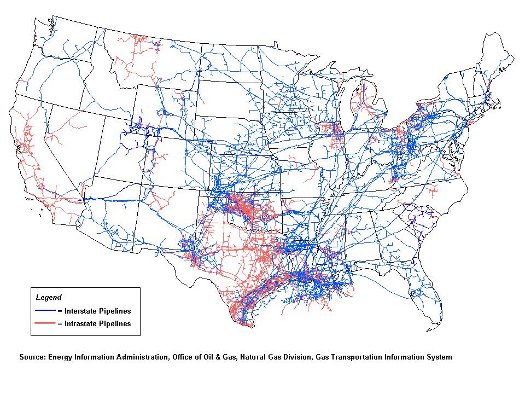 Add to that 1,400 compressor stations, 11,000 delivery points, 24 market hubs, and over 400 underground storage facilities... and we're still not prepared for the transition from oil.

Though we've covered several of these infrastructure plays recently, the real money here is in supplanting oil's domination in the transportation sector.

When millionaires are filling up their trucks for $1 a gallon, it's a no-brainer to hop aboard.

A true insider in the technology and energy markets, Keith’s research has helped everyday investors capitalize from the rapid adoption of new technology trends and energy transitions. Keith connects with hundreds of thousands of readers as the Managing Editor of Energy & Capital, as well as the investment director of Angel Publishing's Energy Investor and Technology and Opportunity.

For nearly two decades, Keith has been providing in-depth coverage of the hottest investment trends before they go mainstream — from the shale oil and gas boom in the United States to the red-hot EV revolution currently underway. Keith and his readers have banked hundreds of winning trades on the 5G rollout and on key advancements in robotics and AI technology.

Keith’s keen trading acumen and investment research also extend all the way into the complex biotech sector, where he and his readers take advantage of the newest and most groundbreaking medical therapies being developed by nearly 1,000 biotech companies. His network includes hundreds of experts, from M.D.s and Ph.D.s to lab scientists grinding out the latest medical technology and treatments. You can join his vast investment community and target the most profitable biotech stocks in Keith’s Topline Trader advisory newsletter.

This article was originaly run on our sister site, Energy and Capital.