The End of Nuclear Power

Japan was hit by a hat-trick of earthquake, tsunami, and nuclear meltdown.

The body count is being reported at more than 10,000. Half a million people have been evacuated.

Here at Wealth Daily, we have many Japanese readers and our thoughts and prayers go out to them in this trying time.

But it's not over yet... The aftershocks are still reverberating.

Japan — the world's third largest economy — is in danger.

The biggest economic impact of the Japanese earthquake is that no more nuclear plants will be built in the United States, Japan, or Germany.

Most of the 400 nuke plants on drawing boards around the world will be scrapped or, at the very least, delayed. 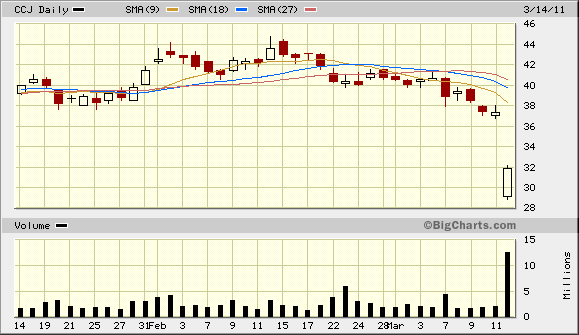 Kyodo News is reporting the Fukushima No.2 reactor has fuel rods that are fully exposed. A meltdown scenario is still very possible.

Several hundred rescue workers have been exposed to radiation and will die. You will hear their stories on Dateline and 60 Minutes.

This will turn the tide against nuclear power for at least ten years...

Just today, the Swiss have suspended approvals for new nuclear plants. The German Foreign Minister said that his government was going to suspend the decision to extend Germany's nuclear power stations as well.

German media commentators across the political spectrum are saying the accident in a highly developed nation such as Japan is further evidence that nuclear power isn't safe. One commentator in the conservative Die Welt went as far as to liken the global impact of the Fukushima explosions to that of the 9/11 terrorist attacks.

And if you think that earthquakes and nuclear reactors don't mix in America, you better think again...

The Diablo Canyon Nuclear Plant in California sits in an active earthquake zone — a fitting name should a tragedy come to pass. 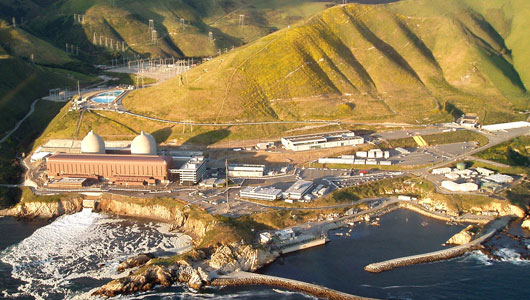 Up until the earthquake in Japan, green groups were switching over to nuclear power as a source of clean energy.

Investing in nuclear energy remains a necessary step. What I hope is that, with this announcement, we're underscoring both our seriousness in meeting the energy challenge and our willingness to look at this challenge, not as a partisan issue, but as a matter that's far more important than politics because the choices we make will affect not just the next generation but many generations to come...

He hasn't said anything since Fukushima No. 2 went up in a cloud of dust.

Yesterday on Face the Nation, Joe Lieberman said, “I think we've got to kind of quietly put, quickly put the brakes on until we can absorb what has happened in Japan as a result of the earthquake and the tsunami and then see what more, if anything, we can demand of the new power plants that are coming on line."

But if it makes you feel better, the Russian-built Bushehr nuclear power plant in Iran will go live in August.

According to Reuters, there are than 439 nuclear power plants in 25 countries supplying 17% of the world's energy needs, and 39 under construction. And as I said, there are more than 400 in the planning stages.

Many of these will be built in China. I don't expect China to change its plans.

For every one of these plants not built, energy will have to come from somewhere else.

We know that wind power and solar only work on a limited basis. We know that the global population keeps growing, and emerging markets are demanding more energy. And we know that the easy oil has been found and depleted...

There is but one conclusion: The price of hydrocarbons will go up until there is a viable solution.

(Natural gas won't go up until the infrastructure is in place to use it — but if you have a five-year time horizon, now is a good time to buy).

Personally, I see gasoline at $5 this summer and higher next summer.

Not only am I buying a house within walking distance of the light-rail that is heated with natural gas, but I am also buying oil companies — and especially coal companies.

One of my Mongolian coal companies went from 3900 tugriks to 40,000 tugriks over the last few months.

Today, everything is falling as managers get hit with margin calls and reshuffle their portfolios. The Dow is down 126 points.

Nuclear power is off the table for the next ten years.

The era of cheap energy is fading... Build your portfolio around oil exploration companies.