Earlier this week, the state of New Jersey made a major announcement, and it’s going to add hundreds of millions to a type of “retirement program” that was started decades back in California.

But the most exciting part of the announcement and the program involved is that no matter what state you live in, even if it’s neither New Jersey, nor California, you can collect tens of thousands a year by simply signing up.

The First in a Long Line of Profits

Before I get into the announcement, let me tell you a little about this “retirement program” that started almost 40 years ago in a small town in California.

Back in 1981, between the tiny mountain towns of Livermore and Tracy in Southern California, a company was interested in building a completely new kind of plant. It was positive it could make billions if it could get it completed. But it needed the money to build it first.

So, it reached out to the people who lived in the surrounding towns in the San Joaquin and Livermore Valleys. And it offered an incredible deal. If the citizens would help fund the construction, the company would pay them a percentage of every dollar the new plant brought in.

It was the first time in history such a program had been offered to ordinary citizens, and quite a few took the company up on the offer. One was a cattle rancher named Joe Jess.

Within a few months, Joe had already made $348. And the payments grew and grew until Joe was making a very comfortable living from his payments alone. His neighbors took notice and all decided to join. And according to Joe, they made even more than him.

When Joe and his neighbors first enrolled in this “retirement program,” they were in a bit of a bind. You see, beef prices had been plummeting that year and the ranchers in the area were all on the verge of bankruptcy.

So, this program and the payments it spun off were literally a lifesaver for Joe and his neighbors. As the cash rolled in and the payments grew bigger, they were able to save their ranches, send their kids to college, and still stash money away for retirement.

I don’t know about you, but that’s the kind of retirement I want to have, getting richer and richer every year without working for it sounds pretty great.

You Can Get Paid Every Time the Wind Blows

But that was just the start of this new type of “retirement program.” After the immense success Joe and his neighbors had, more people wanted a chance to get in. And the program grew and grew.

Today, thousands take part in “retirement programs” like the one that provided a very comfortable life for Joe and his friends. And most of them don’t even live in California.

That’s right. You can take part in this California retirement program without even living in the state thanks to a loophole my partner and I found while researching the opportunity.

And once you’re a member, you’ll be able to get paid just like Joe and his friends did — every time the wind blows.

You see, the project that Joe and his neighbors helped to fund was one of the first wind farms in the world. The Altamont Pass, a gap in the mountains between the towns of Livermore and Tracy, is one of the windiest places in the world.

So, a company called Fayette Manufacturing decided to take advantage of the pass and all that wind constantly blowing through it. It did this by setting up the first wind farm in the U.S. in an attempt to generate mass amounts of electricity using the heavy wind gusts coming through Altamont Pass.

And its experiment was a huge success. In fact, Altamont Pass remains one of the most important sources of wind energy on the planet to this day. 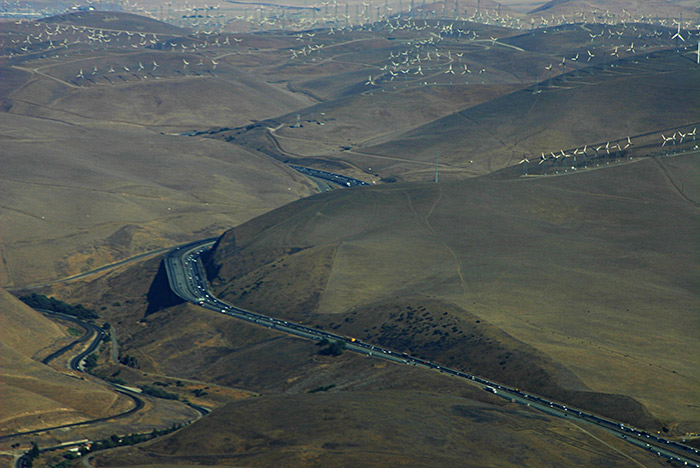 But it was even more successful for the people like Joe who helped see it to completion. Joe’s first payment was $348, but in today’s dollars that’s equivalent to $1,092. Not a bad one-time payment.

And those payments didn’t stop. In fact, they not only kept coming but grew. Today, folks like you and me are collecting 10x, 20x, even 50x more cash than Joe and his neighbors got back in the 1980s.

Some of them are even getting individual payments in the tens of thousands. And today, I want to give you a chance to join them.

Just this week, New Jersey became one of the 41 states that have created programs modeled off the first in California those 40 years ago. And the state itself is committed to adding $400 MILLION to the program.

Back when Joe and his neighbors got in, wind energy was a hot topic. And today, offshore wind energy is just as hot. But the thing with offshore wind farms is much of the equipment must be assembled on land and then shipped out to sea.

This wouldn’t be a problem it if didn’t have to be shipped in a vertical position. You see, the wind turbines that are placed in offshore wind farms are really tall — more than 850 feet. And some of the components used are 500 feet tall alone.

And those 500-foot-tall structures need to be transported in a vertical position. That means they can’t go under any bridges or power wires or pipelines. And that means they have to be assembled right near the ocean.

And the thing is here on the East Coast, we don’t have any ports that can meet all the requirements. They’ve got to have unrestricted access to the ocean — no bridges or other obstacles. And they’ve got to have really strong docks — strong enough to hold the fully loaded weight of two Boeing 777 airliners. That’s over 800 TONS.

There just aren’t any ports on the East Coast that meet those criteria. So, New Jersey has committed to building on at the mouth of the Delaware River. And it’s going to be massive.

It’ll be built in two phases. Phase one entails a 30-acre site for marshalling (assembling) and a 25-acre site for component manufacturing. 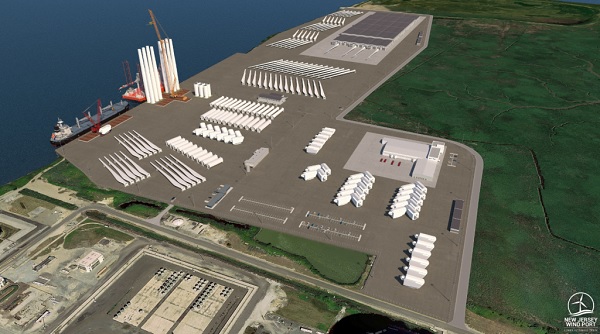 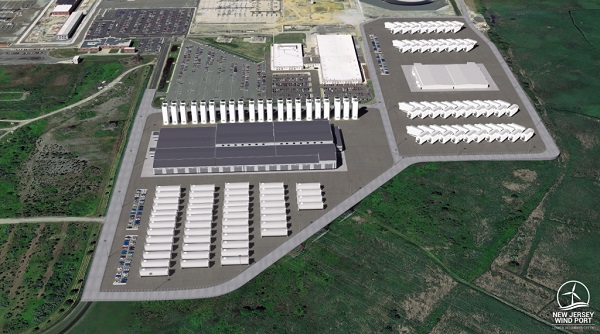 And the state has committed to spending $300 to $400 million to get it done. But that’s not the real money I’m talking about. The payments that come out of the farms that will be built here are going to be even bigger.

The first program, the one Joe Jess and his neighbors discovered, was for a farm that could generate only 576 megawatts of energy. The farm New Jersey will build will be able to provide 7,500 megawatts. That means the payments should be 13 times bigger.

Your Invitation to Profit

I don’t know about you, but the chance to earn an extra $43,500 per year (or even more) without lifting a finger sounds like a pretty good deal. And that’s why my partner and I have already introduced the investors in our wealth-building community to the program.

But that’s not enough for us. Because there are literally billions getting paid out every year, we want to help more people get set up to receive a share.

So, we’ve put together a report that details the whole opportunity. It includes a history of the program and some great examples of how people just like you have used it to bank individual payments as big as $31,048. And, of course, it explains how you can join and start collecting these life-changing payouts yourself.

All you’ve got to do is click here and spend a few minutes of your time reading the report.

Once you’re done, you’ll be a few mouse clicks away from joining your own program, no matter what state you live in. And you could be one of the investors I write about next time; one of the folks earning tens of thousands of dollars just for signing up.

So, take a little time out of your schedule today and get yourself enrolled in the “$50 California Retirement Program.” Once you’ve signed up, all you have to do is wait for the payments to start rolling into your account.

But don’t delay, the next payment is going to be calculated soon and if you’re not on the list, you don’t get the money.

So, click here now and get yourself set up for a dream retirement like Joe and his fellow ranchers.