From the very start, people have taken for granted that the cannabis trend in North America today was exactly that: a trend.

So when the correction began, and stocks began to droop, and the North American Marijuana index lost close to 50% in the space of a year, many on that side of the argument felt vindicated. 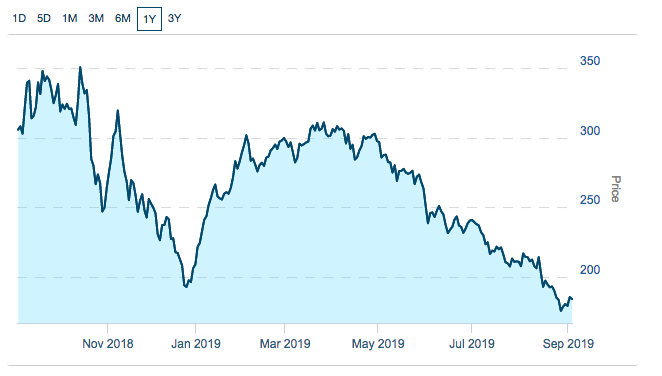 What these naysayers may not know, or at least be willing to admit, is that the cannabis market is anything but a trend in North America.

Irrational investor exuberance notwithstanding, the strength of cannabis demand has been ramping up for years and will continue to do so.

Here are just a few pieces of evidence:

The eye-catching imbalance represented in that final statistic is what should be of most interest to those looking to predict the next stages of the market.

All of the patterns weigh against prohibition continuing, including the most telling one of all: two-thirds of American adults support ending prohibition on a federal level altogether.

A Buzzkill for Investors

Despite this, the marijuana index is down, and down big.

Is too much investor excitement to blame? Certainly. Will the market eventually catch up with expectations and grow, naturally and sustainably, to justify and even exceed previous highs?

And that makes right now the most important time for cannabis investors.

Because after the bloodletting that some of the biggest stocks have given shareholders over the past 12 months, you can bet that the weak hands are out of the market and the bottom has been struck.

The smart investor will likely put his money back into Canopy, or Tilray, or one of the other mainstream, big-exchange stocks.

It was these companies, after all, that took some of the biggest hits.

Looking to the Future

But the smart and courageous investor will dare to go smaller, into a corner of the market where only venture capitalists and angel investors dare to set foot.

Because it's these as-of-yet unknowns that will build the foundation of tomorrow's cannabis market and grow as the true golden age of legal marijuana takes hold in a post-federal prohibition United States.

I've been tracking one such company for months now.

And I think it could ride the next cannabis wave straight into mainstream brand recognition.