How to Increase GDP with Drugs and Hookers 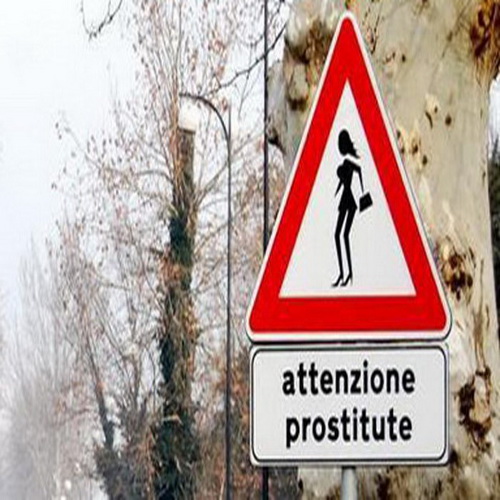 Italian officials have decided to turn to things such as prostitution and illegal drugs to save their economy. They are not making these things legal, but they are including them in GDP figures now.

The office of national statistics in Italy previously announced that it would begin calculating the country’s gross domestic product to include illegal activities. This is to include “drug trafficking, prostitution and smuggling services (cigarettes and alcohol).”

There is no word yet on whether political bribes will also be included in the GDP figures. (Sorry, that is my sarcasm.)

Due to the change in calculating the statistics, it has effectively taken Italy out of a recession. If GDP were calculated on the old, traditional basis – meaning not including black market activity – then Italian politicians would have to face questions about a recession. But by including drugs and prostitution, there is no official recession now.

As a libertarian, I believe that drugs and prostitution should be legal, as long as nobody is harming someone else. There should not be victimless crimes. If someone steals money to buy drugs, then he is guilty of stealing.

In addition, I believe that most black market activity is legitimate. People are just trying to avoid bad government laws. But seeing the government trying to include economic activity for things it deems illegal is just desperation. It is blatant manipulation of the numbers to paint a rosier picture.

By counting drugs and prostitution, it doesn’t make the average Italian’s life any better. It doesn’t raise their standard of living by officially not being in a recession. It doesn’t get anyone a job. It doesn’t produce anything, other than different numbers on a report.

GDP as a Measure of Economic Health

I have had issues with using GDP as a measure for quite some time now. It is a good measure of the long-term success of a country or society, but it does not necessarily give an accurate picture of what is actually happening in the present.

I have a good analogy for analyzing GDP statistics. Think about the spending habits of different families, but don’t take their income into consideration.

But what about two different families that each spend $150,000 per year? Just because they spend the same amount, does this mean they are in the same financial position?

These two families are currently spending the same amount, but that doesn’t give you a good financial picture. You know they both earn far more than the average family that spends only $50,000 per year.

The GDP measure is very similar. It tells you about current economic activity, but it doesn’t give you a good picture of savings and investment, which really are the key to long-term growth and productivity.

The fact that Italian officials changed the statistics means absolutely nothing, except that they are desperate for some good news. It doesn’t help the Italian economy one bit.

These Italian bureaucrats should get a real job. At least the prostitutes are selling their services on a voluntary basis.