$2 Billion up for Grabs!

Not a whole lot goes on today in the world of high-tech that doesn't involve or isn't highly dependent on one particular technology.

So I guess the natural thing for an analytical investor to do would be to find this technology and the single company that best addresses growing demand for it.

The technology I'm talking about, if you haven't guessed it yet, is coherent light... otherwise known as a laser.

One Acronym... One Household Word

Unbeknownst to many, the word laser is actually an acronym standing for "light amplification by stimulated emission of radiation."

Yeah, I know what you're thinking. That word sounds too cool given the subject matter here.

I'm guessing some genius whose talent set overlapped the study of photonics and copywriting figured out a way to shoehorn all those fancy words into one of the most awesome two-syllable terms invented in the 20th century. (The term maser, for "microwave amplification by stimulated emission of radiation," came along earlier and sounds almost as cool.)

The name notwithstanding, the laser industry, in all its facets, is booming right now.

Taking in all applications, it was already worth more than $6.3 billion in 2010. 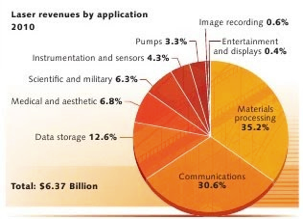 By 2018, medical lasing alone is projected to account for over $2 billion per year.

I'm willing to bet that anybody you ask today will be able to name at least three pieces of common technology that employ lasers.

Already an All-Star Cast of Products

Devices like printers, DVD players, and TV remotes; medical processes like cosmetic and eye surgery; military applications like bomb guidance, range-finding, and actual zapping; and, of course, modern industrial fabrication all rely on lasers as the key functional component.

With laser 3D printing making headlines over the past couple years, the one-time sci-fi weapon of choice is now leading a whole series of growing industries into the future.

So who makes the best and widest selection of lasers?

Founded in 1966, Coherent makes everything from lasers for medical diagnostic equipment all the way up to target designation lasers for the military.

Healing on one end of the spectrum and killing on the other — that's what I call commercial versatility.

Given recent advancements in industrial fabrication and uses in medical diagnosis/treatment, Coherent has certainly carved out a healthy niche that has all but guaranteed growth for decades to come — a position few mainstream commercial tech companies enjoy based on the speed at which consumer technology becomes dated.

Based on the growing scope of potential uses, lasing applications in modern fabrication and manufacturing constitute the most exciting future prospect for the technology.

One of the most beneficial advantages lasers bring to this particular application is their amazing versatility and adaptive nature.

And the end result reaches levels of precision only a highly trained (a.k.a. expensive) human hand could compete with. 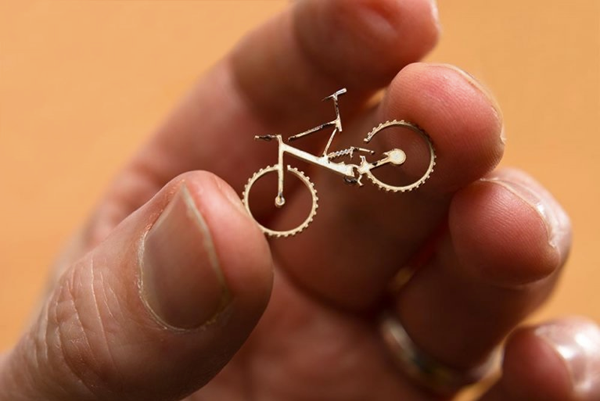 Coherent is a good buy at the moment for several reasons. First of all, it's at the forefront of a rapidly expanding sub-sector.

Trading around just $70/share with a total market cap of less than $1.8 billion, it's already getting mentions in top industry magazines such as LaserFocusWorld — where it took second place behind a privately held German outfit named Trumpf.

Third, unlike some competitors in the field, Coherent produces and maintains its own optics, providing calibration, technical support, and training of personnel right along with the gear itself.

Fourth and finally, after an 8% dip this week on general market worries, Coherent's stock is looking more and more like a bargain right now.

Lasers are here to stay... whether we like it or not.

Of course, I could have told you that the first moment I saw a video of a high school kid with a magic marker-sized laser "pointer" burning through a stack of CD covers (some of the nicer models out there can generate up to 2 milliwatts).

Companies like Coherent are uniquely positioned because rather than concentrate on an end product, their current directive is to supply the manufacturers with industrial-grade gear, which can then be implemented in a variety of vital processes.

They aim to supply the suppliers. By all accounts, it's working quite well.

So far, the demand for industrial lasers has driven Coherent's stock from $30 to nearly $80 in just two short years since the ending of 2012.

From where I'm standing, it would be shocking if this growth didn't continue along the same trajectory for years to come.