Over the course of the last century, it would suffice to say that science and technology have come an incredibly long way.

In our lifetimes, we’ve witnessed the proliferation of some truly miraculous inventions — things our ancestors once would have regarded only as products of fantasy or science fiction.

We have machines that fly us across the Atlantic in just a few hours and computers that connect us to people across the world in fractions of a second.

For most people, the true future of technology isn't easy to envision for this very reason. The inventions that scientists and entrepreneurs are working on today can sometimes seem so far out there that they’re commonly regarded as unattainable pipe dreams, even though they’re not.

Technology is anything but natural, so it is only normal for us to be naysayers when it comes to emerging tech. Yet if recent history has told us anything about technology, it’s that it moves faster and further than we would ever think.

This fact recently came to mind after I viewed a scientific presentation that took place at the California Academy of Sciences last month. What was revealed that day left me with an immediate feeling of skepticism and unease, but the more I carefully consider it, the more attainable it now seems.

The Ultimate Merging of Man and Machine

In case you missed it, serial entrepreneur Elon Musk took to the stage last month to reveal, for the first time, details of his much talked about but secretive company Neuralink. Neuralink is a new technological endeavor from the “real life Tony Stark” that aims to physically connect computers with the human brain. 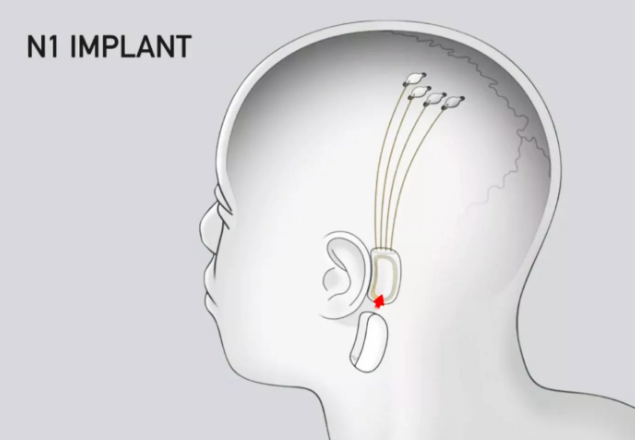 On its face, the project seems like something straight out of a science fiction film or the pages of a comic book, but it’s actually real, and it’s happening right now. Crazy as it sounds, there’s an eccentric billionaire who wants to turn people into literal cyborgs — the ultimate merging of man and machine.

Of course, it’s easy enough to argue that we have already become connected to machines in an irreversible way. If all the world’s electronic devices stopped working tomorrow, for instance, society as we know it would simply collapse.

Yet as reliant as we’ve become on technology, we still remain physically separate. There is human and there is machine, and there is a clear distinction between the two. With Neuralink, though, Elon Musk aims to change that, and, as unfathomable as it may sound, he might actually pull it off.

And if he doesn’t, someone else eventually will...

The Incredible (and Inevitable) Brain to Computer Interface

Technology tends to feel like fantasy up until the point we either experience it or understand how it works.

Were you to tell someone from the 17th century that you could send information through the air, they’d probably think you were some sort of wizard... or just a liar. Were you to actually teach them about radio waves and how they work, though, what once seemed like magic would start to become real.

In the same vein, a basic understanding of how the human brain works is key to envisioning the potential applications of brain to computer interfaces (BCIs) like the one Elon Musk is now building.

Most people know the brain is an organ that gives rise to sensation and thought. To a neuroscientist, though, the brain is much more of a complex machine — one with working components that follow specific sets of rules that are ultimately governed by physics.

Many leading neuroscientists, indeed, have drawn direct parallels between our brains and computers. Gary Marcus, a professor of psychology and neural science at New York University, puts the premise somewhat succinctly:

The brain is obviously not a Macintosh or a PC. And we humans may not have operating systems, either. But there are many different ways of building a computer...

If neurons are akin to computer hardware, and behaviors are akin to the actions that a computer performs, computation is likely to be the glue that binds the two.

There is much that we don’t know about brains. But we do know that they aren’t magical. They are just exceptionally complex arrangements of matter. Airplanes may not fly like birds, but they are subject to the same forces of lift and drag. Likewise, there is no reason to think that brains are exempt from the laws of computation. If the heart is a biological pump, and the nose is a biological filter, the brain is a biological computer, a machine for processing information in lawful, systematic ways.

Decoding that “complex arrangement of matter,” of course, isn’t an easy task. There are an estimated 86 billion neurons in the brain, and those neurons are microscopic.

Part of what Musk and his team are doing at Neuralink is finding a way to record that neurological activity with increased precision.

The company is doing so by inserting tiny wires, each one-tenth the width of a human hair, into the surface of the brain. Those wires connect to a small chip, which transmits the data (firings from groups of neurons) wirelessly to a mobile device like a smartphone.

Using this technology, the company has successfully enabled a sort of technological telepathy in primate test subjects (we’re talking about a monkey controlling a computer with its brain). It is now looking to test in human subjects by 2020.

While still in its infancy, the long-term implications of this technology are quite obviously immense. Like any new invention, it comes with a list of potential dangers and ethical concerns, but the potential benefits are simply too big for the market to ignore.

Already, similar technology has proven capable of slowing the progression of neurodegenerative diseases such as Parkinson’s and Alzheimer’s and even restoring the sense of touch in amputees with prosthetic limbs.

For investors, this means nothing short of an opportunity, particularly in the realm of biotechnology and medical devices. All told, the neurostimulation market is expected to exceed $16 billion by 2024.

If you want to know how to get in on it, be sure to check out this month's coming issue of Technology and Opportunity. I’ll be covering a small medical device company currently trading under $4.00 a share.

It’s speculative, but so were Apple (NASDAQ: AAPL) and (NASDAQ: AMZN) at one point. This stock will, at the very least, be worth a nibble.