How the Rich Stay Rich

I’ve heard people call the stock market a “great equalizer” in the past. I’m sure some famous person first said it, but I’ve got no idea who that was.

And I’m not sure I completely agree with the statement, either. I mean, on the surface, it makes sense.

In the stock market, information is public and everyone has the same opportunities to buy stocks low and sell them high.

It doesn’t matter if you’re investing a million dollars or just $100. You’ll get the same price as long as you place your trade at the same time.

That’s definitely an even playing field. And it helps equalize wealth accumulation. But it’s not doing the whole job.

And that’s why the rich are able to keep on getting richer while the rest of the world struggles to live off the scraps that fall of their table.

The Other Stock Market

That market and those investments have been “off-limits” for regular investors for nearly a century. They’ve been jealously protected by the elite. And they’ve only been shared with people who can help the elite maintain and grow their power and riches.

That’s why the median net worth for U.S. congressional representatives is over $1 million. It’s not coming from the six-figure paychecks they take home for keeping D.C. in gridlock.

It’s because they get access to a special marketplace where only the most explosive potential investments trade hands.

And they get that access because they can help keep the rich people creating those investments in power.

But that’s all finally changing. In a refreshing shift, a few years ago Congress made a decision to help the American people instead of just helping themselves.

And they opened this lucrative corner of the investment world to every American adult.

Now you can potentially add $100 million to your wealth in a decade, much the same way Nancy Pelosi did between 2010 and 2020.

You can make the same kinds of investments that helped Al Gore go from an upper-middle-class politician to a fat cat with a net worth north of $200 million.

You too can build your net worth to potentially astronomical figures like former Montana representative, now governor, Greg Gianforte.

He’s used this market to pile up a fortune worth over $200 million too.

But what is this market I’m talking about? And how can you get your piece of the action and start growing that net worth to such massive levels?

Well, the market, if you haven’t already guessed, is the private stock market. I’m talking about the ability to invest in companies BEFORE they go public on a stock exchange.

I’m talking about the chance to invest in the next Tesla while it’s still valued at only a few million dollars.

And I’m talking about the potential to exit those companies through IPOs that net you 10x, 50x, even 100x gains.

For example, just recently, I got the opportunity to invest in a farming technology company. I had written a loan to the company in the past to help it get off the ground and am still collecting 17% annual interest on that.

But the company was ready to expand faster and opened up an equity offering. So I bought $10,000 worth of the company’s private stock at a valuation equivalent to $1 per share.

Within a few months, the company’s revenue streams had grown more than 10-fold and my shares were worth $7 each.

Think about that. I’m going to pay off my house (and have a good deal left over) with a $10,000 investment.

And I’ll still be collecting 17% interest from that loan for another couple of years.

And finally, after nearly 100 years behind a velvet rope, that market and those potential gains are open to everyone.

But while you don’t have to be a member of that “club” anymore to make the investments, you’ve still got to be pretty well-connected if you want to learn about these opportunities.

It’s not like Mark Zuckerberg is out there cold-calling retail investors, looking for help funding his next massive success.

But while old Markey Mark might not have my number on speed dial, a lot of other founders, angel investors, and serial entrepreneurs do.

And I get calls nearly every day looking for help funding new startups that are trying to solve the most pressing concerns of society.

That’s great for me, but I didn’t get into this business to only help myself. If that was all I was concerned about, I’d have stayed at Morgan Stanley.

But it’s not all I care about. So I left Morgan Stanley to come work for you. And I want to share my network of founders, investors, and entrepreneurs with you.

I want to celebrate these massive wins with other people. It’s just not fun to throw a party by yourself.

So I’ve gotten approval to share my research into the private market with a few lucky members of the Wealth Daily community today.

Spots are limited — I can only accept a few hundred new investors. But I wanted to make sure you got first access because you’ve been my loyal reader so long. 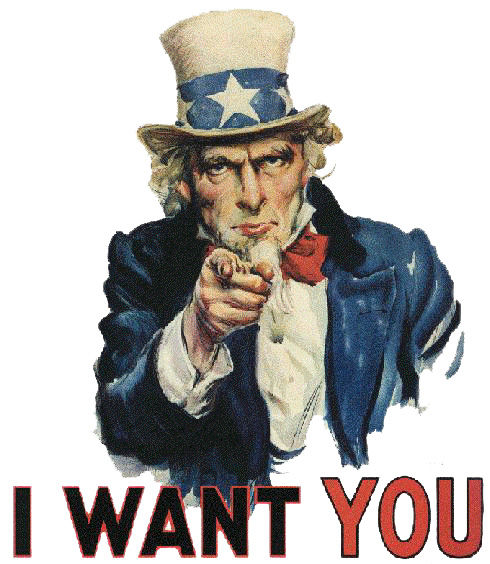 So I’m imploring you to take a look at the report I’ve put together centered on this market and the immense opportunities hidden within it.

You’ll see how powerful these investments can be. You’ll see some examples of the kinds of profits you could score.

You’ll hear from a few people who’ve already been taking advantage of my research to change their financial lives. And you’ll get the opportunity to invest in the hottest company I’ve seen in a while.

All you have to do is give my report a read and give my pre-IPO investing service, Main Street Ventures, a test drive.

There’s no risk to you, as I’ve got a 100% money-back guarantee. If you’re not satisfied with my analysis and the opportunities you’re getting, just call my team and we’ll refund every single penny you might have paid.

Plus, I’m not even charging full price today, since you’re already part of our Wealth Daily community.

If you join me and the thousands of others already profiting from this market today, you’ll pay less than 60% of the retail price for a membership to Main Street Ventures.

If you choose not to join us, the report is still yours for free. But I really hope that after reading it, you see the potential of this market and decide to jump in with us.

Trust me when I say that you won’t want to miss any of these opportunities. They could change your entire life in the blink of an eye.

I hope I see your name on my list when our next investment goes out (later this week).