About 10 years ago, I wrote a short story about a new radical technology that allows social media to be accessed through a pair of special contact lenses.

No more screens. No more keyboards. No more tapping or typing.

Most importantly, no more downtime. In this world, you and your social media never need to take a break from each other. It's always there as long as you are awake (and that problem was actively being worked on).

When I wrote this thing, I figured that yes, inevitably, something like this would come around.

Twenty years, 30 years down the line... it would happen.

Today, there's a company called Mojo, with a product that seems to be at least 90% as capable as the futuristic figment of my imagination circa 2010. 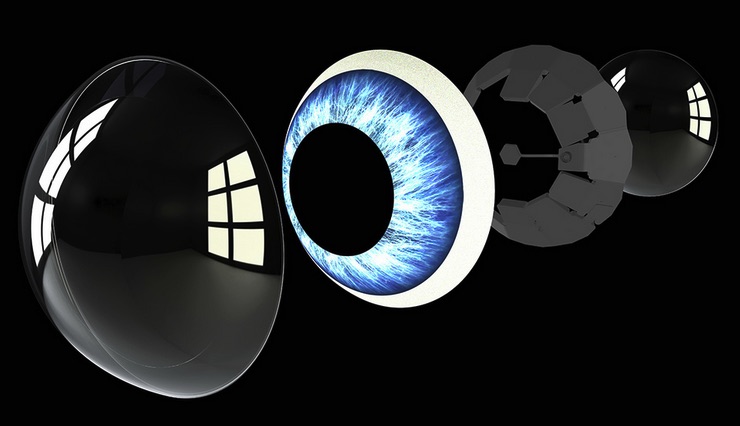 Products like these, which are currently being researched by a number of major tech brands, including Sony, promise uninterrupted connectivity with most of the features of a video headset, only without the headset.

Realistically, real commercially viable products might still be a ways off. But the point is... it's here.

Soon enough, we'll be sharing the sidewalks with users of this new tech, and most of the time, we won't even know it.

Just imagine talking to somebody while they actively peruse your social media accounts, making real-time judgments as to the value of your character, your intellect, and your company.

I know there are zoomers probably frothing at the mouth right now at the thought of such zero-delay gratification, but for a fossil such as myself, the idea is terrifying.

In my story, let's just say things didn't end on a positive note.

But, in my story, there was something I neglected to even consider.

The lenses themselves are cool, but they're only one element of a world that has to be completely transformed to support such technology.

The flood of data, for one thing, would be too much for any current network to handle, to say nothing of the puny 3G networks prevalent when I was writing this story.

There needs to be something entirely new, capable of supporting many, many more devices, each producing far more data than anything finding its way into consumer hands today.

All of these new devices need to be interconnected, and the network needs to be super reliable lest millions of addicted users find their pavlovian rugs pulled out from under them.

Today, reality has reached a point where all of these issues are being dealt with — at an unprecedented speed.

That next-gen network that would have been necessary to make my imaginary world function is known today as 5G.

Twenty times faster than its predecessor, it will create the digital environment necessary to support a whole slew of eternally online personal devices — the smart lenses being just one example.

Science fiction aside, this campaign to modernize is already one of the strongest global tech trends of the 2020s.

Hundreds of billions of dollars have already been earmarked for 5G expansion projects across the world. China alone has pledged a $150 billion investment into its own networks by the year 2025.

Europe and North America are not far behind.

So yes, the horror that I tried (and probably failed) to portray back in the simpler, more innocent days of the early 2010s is rapidly becoming a reality.

For the future-minded investor (as if there is another kind), this global trend presents one of the clearest opportunities most of us will see in our lifetimes.

The opportunities are many, as every one of the big names, from Google to Sony to General Electric, are betting their futures and throwing their resources into 5G on a massive scale.

But the biggest gains, as always, will come from the less famous names... the ones that go into this revolution anonymous and emerge as iconic.

Brit Ryle, one of my fellow Wealth Daily editors, has been working on this problem for months.

There's a lot to know and a lot to understand about this, and he's done the homework.

Recently, he released a video that details the background and looked into the future of this tech... and he found the ideal balance of risk and reward.

Check out the video today. It's free of charge.