The legacy automaker that still bears its founder’s name made a big splash in the markets earlier this week. Its shares shot up nearly 10% almost immediately.

What announcement got investors so excited? Well, the company revealed that it plans to make at least 40% of its revenue from electric vehicles by 2030.

That’s a pretty outrageous goal and it got the EV industry pretty excited to say the least.

But there’s something standing smack dab in the middle of the road blocking Ford from making good on its outlandish (and admirable) goal.

And that’s the power center of the whole vehicle: the battery.

Too Big Yet Not Big Enough

You see, the batteries we use to power EVs today all rely on technology that was first debuted a good 30 years ago.

The lithium-ion battery has been around a while. And it’s the best energy storage technology the world’s ever seen.

It’s led to advancements like cellular phones, onboard GPS, even electric trimmers for guys’ stubble. Pretty much anything electric that you don’t have to plug in exists because of that invention.

But we’re reaching the limitations of that technology as I type. We’ve created a whole range of products that just require more power (channeling our inner Tim “The Toolman” Taylor). 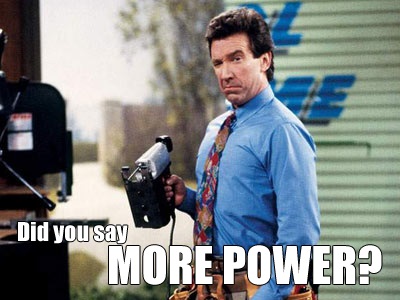 But all that demand just can’t be met by the kinds of batteries we have available to power those devices. And EVs are probably having the biggest issues.

In order to pack enough power into an EV to get it a few hundred miles down the road, they’ve got to pack a battery that weighs around 500 pounds into it.

That’s about 15% of the overall weight of the car. And that only gets you 300 miles before you’ve got to plug it in and charge it overnight.

Even if you’re using the best chargers in the world, you still have to wait an hour or more to get back to full charge.

And that full charge will get you just 300 more miles down the road.

Now, I drive a Jeep Wrangler with a six-cylinder engine. It’s got the aerodynamics of a shoebox so it gets pretty terrible mileage. But I can fill the tank in about five minutes and then drive it for between 300 and 400 miles before I have to spend another five minutes filling the tank back up.

That’s a Jeep. Imagine if I still drove my old Honda Accord. It was a 2002 model and it got me about 30–40 mpg on the highway. I could fill that tank even faster (because it was smaller) and drive even farther before I needed to stop and refuel.

That’s the kind of efficiency EVs need if Ford (or anyone else) is going to meet these audacious targets they’re setting.

And there’s only one company that I know of that’s made the technological advancements necessary to get EVs up to the same level traditional internal-combustion engine vehicles already have.

I’ve been following the company and the researchers behind it for some time now (since it was still a research group at a prestigious university). And when it spun off to form a new public company, I could barely contain my excitement.

You see, this company is sitting on top of what some have called the “holy grail” of energy storage. It’s what other researchers and Nobel laureates have been trying to uncover since the first lithium-ion battery was invented.

What this group uncovered was a way to, in essence, supercharge batteries. And I’m not talking about hooking them up to a Tesla “Supercharger.”

What I’m talking about is far more important than a better charger. What this company has uncovered is a way to build a better battery.

There’s an old expression that’s credited to lots of different people. I’m not sure who first said it, but I completely agree with the sentiment…

“Build a better mousetrap and the world will beat a path to your door.”

That’s what this company has accomplished. It’s taken an existing technology we all rely on every day and found a way to make it even better.

And the world is beating a path directly to this company’s front door. It’s already secured over a BILLION dollars from savvy investors like Bill Gates.

And it’s already got a deal set up to outfit the biggest EV-maker on the planet with its new high-tech batteries as soon as they’re ready to produce at scale.

Oh, yeah. That’s the biggest part of the profit opportunity here. The company has the technology. It’s been proven to work in lab testing. The proof of concept is concrete.

BUT… it’s still in the lab and not in the factory yet.

And that’s why the company’s shares are trading in the $30 range and not the $300 range. But as soon as that tech starts rolling out of the factory and into your driveway, $300 a share could actually look incredibly cheap.

That’s why I want you to get invested now... before the rest of the world finds out how incredible this technology is... before it’s being used around the world and the massive profits are already gone.

I want you in on the ground floor (which is where we are today) so that you can ride this elevator right to the penthouse (that you might just be able to buy with all the profits you make).

So I’ve put together a presentation that outlines the opportunity in full. It breaks down the problem we’re facing now and explains how this company’s technology addresses it.

It shows the kind of explosive potential companies like this have and the kinds of profits investors who get in early could score.

You’ll even hear from other successful investors about how investments like this (ones I’ve keyed them into) have completely changed their lives.

And of course, I’ll explain exactly how you can join them and get invested TODAY.

But first, you’ve got to take the time to give my presentation some attention so I can tell you all about this opportunity.

So take a little time today (or over the long weekend, if you’re here in the States)...

And really watch this presentation closely so you can get all of the details and get invested BEFORE the rally starts and the massive gains come rolling in.

Or, if you don’t think you can sit still through a whole video (hey, I’ve got ADHD and I understand sitting still for a while is tough sometimes), you can also get all the information in a special report I’ve put together.

But don’t wait to act once you’ve got the information. This company is on the verge of completely disrupting the battery industry (and therefore the EV industry as well).

Once that becomes apparent to the retail investing world, these shares are going to scream up the charts. They could be hitting $300 this time next year.

So if you want a chance to get in on the ground floor of what could be the most profitable investment of our lifetimes, I implore you to take a little time out of your schedule and hear what I have to say.

It’ll probably be the most profitable time you ever spend. And it’s got the potential to help get you set up to really make those life-changing profits we’re all here for.

Just click here and you’ll be directed straight to my presentation and all the info you need.