Don't Kid Yourself. The Worst Is Not Behind Us.

The Dow plunged below the 20,000-point mark for the first time since Trump took office, and the usual suspects on Wall Street (and Main Street) are starting to say that it's time to dip back into the market.

They're saying that the crisis has now been "priced in," and this is the time to buy and watch those investments rise back to where they belong as we weather this storm.

Though I doubt that this market response is rational, or proportionate to the problem, as it stands today, one fact is clear: We've not yet seen the worst of the epidemic.

One week ago, the U.S. total confirmed Wuhan flu infections stood at 1,300.

Now, to those of you who were just thrown by the nomenclature, let me explain... Since the beginning the 20th century, virulent diseases have been named according to their place of origin. This time, to avoid political backlash, the Chinese government decided to get ahead of the problem and refer to the disease caused by the Wuhan coronavirus as "COVID-19."

The Chinese government, thankfully, does not own this publication. So Wuhan flu it is.

As I was saying, that total number of infections today is somewhat different from a week ago. 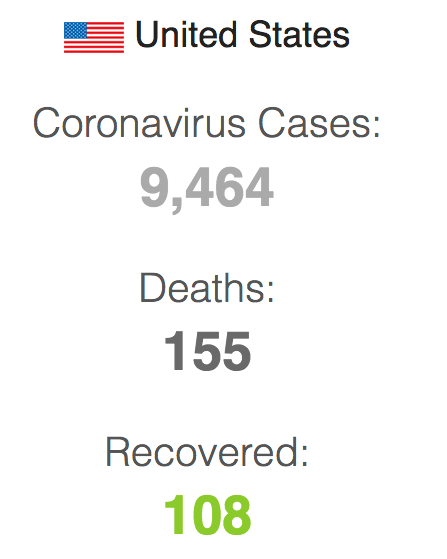 What's starting to happen now is precisely what I mentioned in last week's article. We're starting to hit the vertical part of this curve. 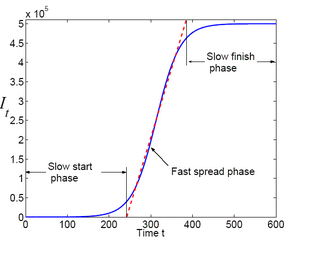 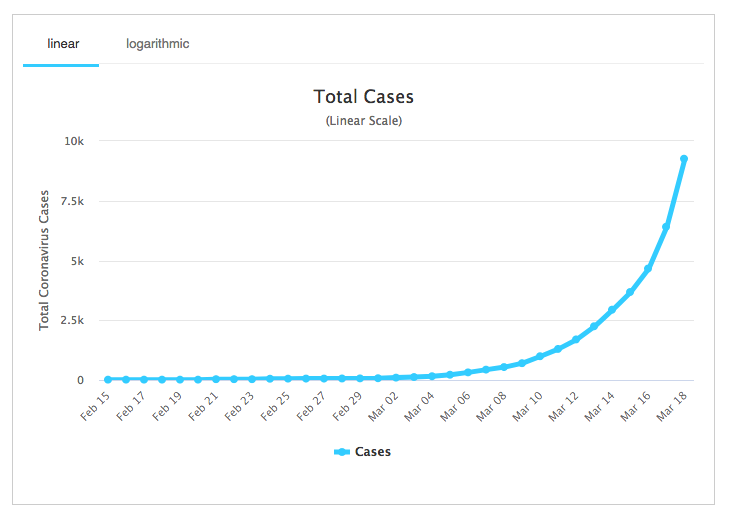 Now, last week, most people were still talking about this like it was nothing more than just another needless panic... an overreaction in which most of the damage is done by silly, paranoid countermeasures.

We're Still in the First Act

This week, reality paints a bleaker picture: Close to 3,000 new cases were added to the U.S. count in just the last 36 hours — more than twice the total count of just one week prior. It stands to reason that this growth rate reflects a higher rate of testing, rather than purely a higher rate of transmission, but that hardly eliminates the problem.

Lots of people are sick... And lots more will get sick in the days to come.

Where will it go from here?

Well, despite what some experts are saying, this sickness is not entirely unprecedented in modern history.

More than 55 million Americans caught it. A quarter million were hospitalized. In the end, more than 12,000 died.

Globally, the Wuhan Flu has been averaging three deaths per 100 infected, making it 150 times as lethal.

Now, imagine if 55 million Americans ended up sick with this virus. If no novel treatments are created and deployed en masse, and infection rates follow the H1N1 path, that adds up to more that 1 million fatalities in the U.S. alone.

Apocalypse by the Numbers

Of course, the Wuhan flu has proven to be less virulent, so 55 million infected is a stretch.

Moreover, the measures being taken will cut that figure down substantially. Self-isolation, social distancing, and quarantines will go a long way in limiting the number of transmissions.

Best of all, treatments are already starting to surface.

A drug called Avigan, made by Fujifilm, which trades under "FUJIY" in the U.S., has been proven by Japanese researchers to help patients already suffering from Wuhan Flu symptoms.

Yesterday, Fujifilm stock rose 17% on this news (only to drop again today).

But the problem is that infections will continue to mount. Not everyone is taking calls for isolation seriously. Go out to your local supermarket and see for yourself.

And with bigger numbers looming, the hospital system will eventually become overloaded. It's already happening in Europe.

With a vaccine at least 10–12 months away (based on CDC estimates), we'll be at the mercy of quarantines for months to come. And for those "sheltering in place," it's simply not possible to completely isolate oneself.

In Italy, where the crisis is an order of magnitude worse than it is on our shores, students are still "going out for coffee and cigarettes," despite the fact that schools are closed and classes are being administered online.

The one place that's definitely gotten a grip on this virus is the very place from which it sprang.

Chinese authorities are reporting zero or near-zero new infections. If you choose to believe those figures, just remember that the Chinese effectively live under martial law 100% of the time as it is. For them to shut down the streets and keep people at home is a simple matter of ordering it to be so.

The rest is done at gunpoint if need be.

For us to do the same thing here would likely lead to mass social unrest, a problem that could end up bigger and costlier than the sickness itself.

American companies get the size of this problem... And some of them are responding by taking unprecedented steps.

Multiple states have shut down bars and restaurants. Liquor, beer, and wine stores were next to go.

GM, Ford, Fiat-Chrysler, and Honda have all shut down production facilities.

And that was all just in the past week, with U.S. infections still numbering less than 10,000.

If the curve maintains its current angle for another eight days, we'll be at over 100,000.

The point of this isn't to scare you, though I imagine it probably does.

The point of this is to ram home the fact that this isn't over... not by a long shot.

Sure, the market may stop dropping in the coming day or two. It may even rebound a bit. People are sitting at home right now, bored, freshly cashed-up, looking for something, anything at all to do.

Staring at some of the biggest bargains in a decade through their laptop screens will undoubtedly lead to some speculation.

But, in the end, the damage to industry and commerce won't be recovered by newly incoming shareholders. Some companies will go out of business. Others will change their business model.

If there is to be a lasting resurgence in the markets, there has to be an actual resurgence on the ground. At this point, we've only started the descent into darkness.

That means the smart money is going to seek shelter elsewhere to weather a prolonged storm.

Luckily, there is a fast and effective way to do just that.

It's one of the easiest moves you can make at a time like this, and since you're probably already at home, reading everything you can about the crisis and the outlook, you're in a perfect spot to take advantage.

Learn how the smart money is handling this "black swan" event.