In an age where extremes in all things have become commonplace, his life story reads pretty much as you'd expect. 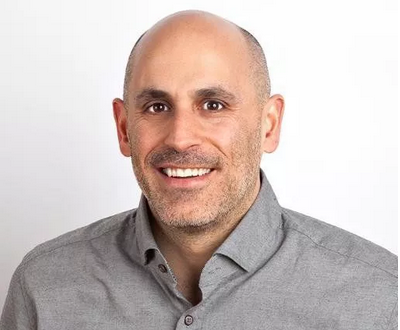 The final sale was to Walmart, which landed Marc the position of head of Walmart's U.S. e-commerce.

I won't get into the details because at this point, who really cares? He's another guy with hundreds or even thousands of times more wealth than the richest people you personally know.

You hear about these people on a daily basis, and if you're anything like the me, you've learned to tune it all out...

Except the parts where I get to read about the most ambitious ways that some of these mega-wealthy individuals decide to create their legacies.

I'm talking the truly world-changing ideas that some of these people have proposed to spend their wealth — and in this regard, Marc actually becomes interesting.

That's about the size of Chicago and its surroundings — making it among the most ambitious of any proposals anywhere in the world.

Below is one artist's impression of how it could look, as featured in Bloomberg:

As of this moment, this is still in the concept phase, with the location itself still to be determined.

The list of candidates includes desert ecologies like Nevada, Utah, Idaho, Arizona, and Texas as well as the raw wilderness of the the Appalachia region.

If you're questioning the validity of building a giant metropolis in a place generally not hospitable to humans and expecting people to just flock there from all over, you're not alone.

Cities, through the history of humanity, have emerged organically, in places where humans naturally come together. This generally takes place along coastlines, at the meeting points of multiple rivers, or in any other place where the geography tends to focus the flow of human traffic.

Smart city concepts like Telosa tend to fly in the face of this natural process, relying on something besides the benefit of location to pull residents in.

That something is the technology itself. It's the unprecedented integration that a smart city allows between the people living there and all of the city's parts, moving and stationary.

Whether such technological marvels will be enough to turn deserts and mountainous wilderness into the next Dubai remains to be seen. But there is another hurdle that Marc Lore, Bill Gates, and every other mega-rich, potentially megalomaniacal person who dared to dream this dream may find even more difficult to overcome.

The Smallest Piece... The Biggest Problem

The technology for creating the most basic building block of a true smart city simply does not exist yet.

I'm not talking about the solar panels or wireless internet transponders, or even the drones that will keep the entire hive under video surveillance 24/7. All of that is readily available.

What I'm talking about is a crucial flaw in the city's smallest, most numerous, most important sensors.

Sensors that will do things like keep track of traffic, monitor the structural integrity of buildings, keep an eye on the water mains under ground and the weather in sky, and feed all of that data into a supercomputer that will make sense of the chaos.

If the smart city were a human body, these sensors, numbering perhaps in the billions, would be the eyes, the ears, and the nerve endings.

Not exactly a detail that can be overlooked.

Forever Memory: The Last Piece of the Puzzle

As of now, the technology that would allow these sensors to exist and function for months, even years on end without requiring external power or regular maintenance is still a thing of fiction.

And until that changes, all of these concepts being floated by high-net-worth dreamers like Marc Lore are going to remain just that: concepts.

However, that may all be changing.

There is a new technology on the horizon right now, and it's already making its presence felt in limited applications including space satellites and sport-bike racing, of all things.

This patented new method takes data storage to the next level and very soon may play a critical role in bringing unprecedented levels of automated data collection to existing cities, as well as a new generation of planned population centers like Lore's Telosa.

The company that owns the patents is based in Arizona and trades on the Nasdaq at a market capitalization of just under $130 million — a tiny fraction of what this market could be worth in just a few short years.

I put my readers onto this months ago and released a detailed video on the topic.

To get all the details on the technology, the potential, and the company behind it, click here.