Earlier this year, I visited a new company in Colombia that had just gone public. For us here in the States, the products this company was making weren’t that revolutionary. But for a country that was the entire focus of the U.S. war on drugs, it’s an amazing turn of events. 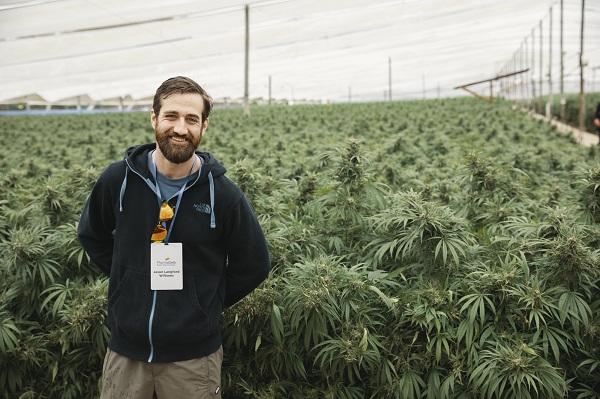 The company I went to see was PharmaCielo. And it’s one of the very first legal Colombian cannabis producers.

In case you missed the actual news or the Netflix series on the players, Colombia used to have a little drug problem.

That led to a massive illegal economy in Colombia headed by a group of narco-terrorists. And when the U.S. and Colombian governments tried to step in to stop them, it led to an all-out war across the beautiful countryside.

As a young man, I remember the war on drugs here in the States. It was mostly DARE classes and “Just Say No!” commercials. We were taught that drugs were bad and that all of them — even cannabis — were funding murderers across the world.

But we weren’t the real focus of the war. Colombia was. And the propaganda we got in DARE was nothing compared to what Colombian citizens heard about drugs in general and cannabis specifically.

Colombians went through years of being convinced that it was all drugs — even cannabis — that caused the violence that shook Colombia for over a decade. And it was drugs like cannabis that funded the terrorists who put car bombs right next to parks where children were playing.

So for Colombians to vote to approve medical cannabis was a bit of a surprise. And for a company as successful as PharmaCielo to spring up was even more amazing.

I was just back in Colombia last week. I flew into Bogotá and had a few days in the city before heading out to a farm in the beautiful area known as Armenia for a friend’s 10-year wedding anniversary.

But you all know me. I can’t stop working that long. And since I was already so close to PharmaCielo, I decided to catch up on things, like any old friend would when he’s in town.

In January, I flew to Medellín and visited the company’s farm in Rionegro, a couple hours’ drive outside the city up in the mountains.

But Rionegro and Bogotá are a solid eight-hour drive away from each other. And I just didn’t have time for that kind of trek. Fortunately for me, PharmaCielo’s headquarters is right in Bogotá.

So I had time to take a break from my adventure and catch up with some of the folks I met in Medellín. 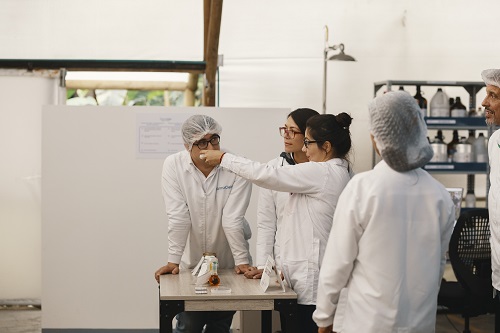 And boy, have they been busy since my last visit...

When I visited its farm in January, the company had a lot of plants in the ground in various stages of growth, from tiny little plants that just went in to mature adults nearly ready to be harvested for their massive flowers.

It was cannabis as far as the eye could see. 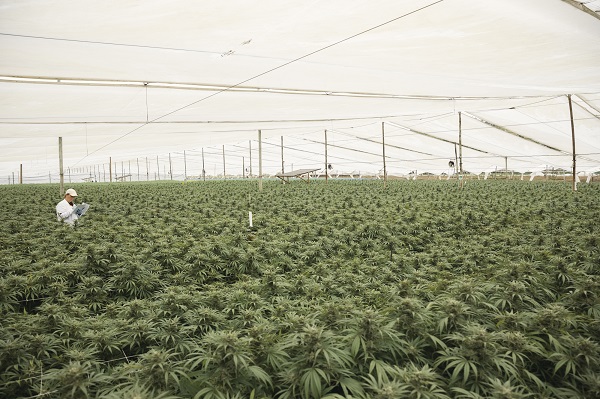 And the company had just recently gotten the processing plant up and running at near capacity. It really impressed me the most. I mean, everyone knows plants grow well in Colombia. But you don’t always picture spotless laboratories and high-tech devices when you’re heading to a farm in the Andes Mountains. And that’s exactly what I saw: 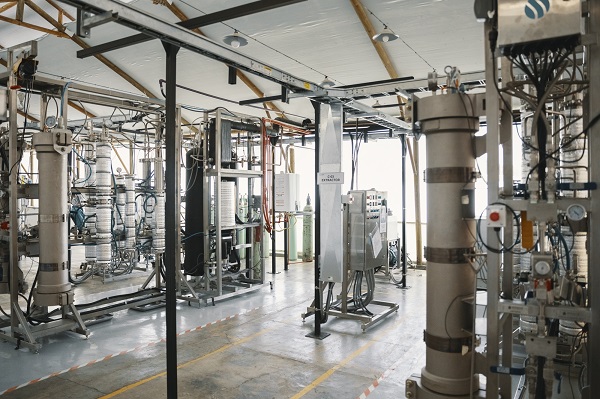 The company has taken full advantage of all that technology. And it’s growing fast to keep pace with the global cannabis market.

While I was down there in January, the company announced that it had inked import deals with Mexico. And not long after I got back, management announced that they’d gotten approval to export to Canada as well.

But this trip was even more eventful. While I was there, the company completed its acquisition of one of the biggest medical networks in the country: Ubiquo Telemedicina.

It’s not an entirely familiar concept for those of us in the U.S., but in other countries where doctors and patients are much farther apart, telemedicine is a big business.

It helps connect people who can’t make the long trip to a doctor’s office with medical professionals. And Ubiquo is one of the leading providers of this service in Colombia.

That means PharmaCielo can now get information about cannabis and its medical benefits to many more medical professionals across the country. And that means the stigma of cannabis as a cause of the narco-terrorism is going to continue to fade as more respected doctors prescribe it to patients.

But that’s not the biggest news I got on my brief visit...

As I was about to leave Colombia, this Monday, I found out that the company had received the very first approval from the government of Colombia to begin exporting its high-grade CBD around the world.

All the paperwork is filed and accepted. And now, the company can really start to tackle the global market. The inaugural shipments will start heading out as soon as the shipping can be coordinated.

And the company is ramping up operations to corner the entire cannabis market.

Thanks to the climate in Colombia — and especially around Medellín — PharmaCielo has one of the lowest costs of production in the world.

The sun shines for 12 hours a day every day of the year. And the temperatures never fluctuate much outside of the range of 15 to 25 degrees Celsius. Plus, the soil is naturally extremely fertile thanks to the volcanic activity in the region.

That all combines to make it the perfect place to grow plants like cannabis. And it means PharmaCielo spends less than $1 to produce a gram of high-quality cannabis.

Compare that to the $2–$3 it costs growers in North America, and you see why PharmaCielo has such a massive advantage.

And now that it’s got the approval it needs from Colombia’s government, it’s ready to take on the global market and take the biggest piece of the pie it can.

While I was down there last week, however, I was surprised (but happy) to learn that it was prepared to eat the whole pie. Not just a slice.

Since my visit in January, the company had stepped up dried cannabis processing 12-fold. It brought annual processing capacity up to 265 metric tons. That’s 265,000 kilograms. And for those using the imperial system, it’s 584,219 pounds.

It’s also expanded operations at the farm in Rionegro. When I was last there, the company had about five hectares covered (that’s about 13 acres). Now, it’s got over 12 hectares (or 30 acres) planted and producing. That’s a lot of cannabis.

But the stock is still sitting very low compared to its post-IPO run. Shares traded as high as $10 before cooling off this summer. They’re now under $5.

But as the company ramps up production and starts exporting its cannabidiol out to richer markets in Canada and the U.S., interest is going to pick up again. And shares are likely to surpass even those $10 levels.

I highly recommend setting up a small position in the company now, before more investors catch wind of its coming dominance in the global cannabis export business.

One Stock to Rule Them All

But I’ve got another company that’s poised to deliver even bigger gains. It’s part of the global cannabis supply chain, too. But it doesn’t grow a single plant or sell a single joint.

And yet, without it, the legal cannabis industry can’t survive. It’s the only company of its kind big enough to handle such a massive market.

And its processes are going to be required for every single cannabis product sold in the United States. They’re already required for all of the cannabis in stores in Canada.

Over the past month, members of my investing community, The Wealth Advisory, have seen their money more than double thanks to this tiny, unknown company.

And I want you to have those kinds of overnight wins, too...

I’d tell you about it here, but there’s just too much information to fit. So my partner and I put together a report detailing the whole opportunity.

You’ll learn all about what the company does, why its processes are so integral to the cannabis market, and how you can turn this one stock into your entire retirement strategy.

But time is not your friend here. With every passing day, more investors learn about this tiny operation poised to deliver massive profits. And every day, the shares get more expensive.

They’re still low. Under $1, in fact. But that’s not going to last. And when this company shows the market just how big of a player it is, that price is going to absolutely shoot up.

Folks who wait to see the shares start to climb will probably make enough to brag.

But people who get in before the big move are going to walk away multimillionaires and billionaires. And they’ll be bragging from new yachts and lavish homes.

Click here and learn how to get yourself set up for retirement with just one trade.

You’ll be thanking me when this penny stock becomes a multibillion-dollar operation practically overnight.