When asked to imagine a hydroelectric dam, the image that pops into most Americans' minds would be this one: 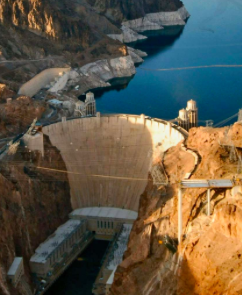 Hoover Dam, completed in 1931 and originally called "Boulder Dam," is a masterpiece of modern engineering.

With its graceful arch and dramatic slope holding back nearly 20 cubic kilometers of Colorado River water, one glance and you can almost see the power being generated within.

At peak performance, the dam generates 2,080 megawatts, or enough energy to supply around half a million households. But its power goes beyond the flow of electrons.

Built at the peak of the Great Depression, the dam has always been a symbol of American resilience.

The aggressive, yet elegant stance it takes against the overwhelming force of the river is a metaphor for the will of the people who erected it.

Its strength is supplied by the mass of its 3.2 million cubic yards of concrete, which is still curing to this day.

All in all, an impressive set of numbers to match its imposing image.

But on the other side of the world, this monument to American innovation and elbow grease hardly makes a ripple.

Ask someone from Asia to visualize a dam, and you're likely to get a far, far different image.

If you think the above image looks soulless and ugly, as if it were approved and designed by a  committee of stuffy sepagenarians, you're not far off.

The Three Gorges Dam, which spans the Yangtze River in central China, isn't just the biggest hydroelectric dam in the world, it has been the world's most productive power station since 2012.

Everything about this structure is overwhelming.

It's 7,661 feet long, about six times the length of the Hoover Dam, constructed primarily of 35 million cubic yards of concrete.

Its turbines produce 700 megawatts each, about one-third the capacity of the entire Hoover Dam.

There are 32 of these turbines, giving this beast a total capacity of 22,500 megawatts —more than 10 times that of the Depression Era's most dramatic public works project.

The Three Gorges Dam cost $31 billion to complete and only recently came fully online with the addition of an incredible piece of industrial hardware — a shiplift.

Capable of lifting ships of up to 3,000 tons, 370 feet from the base of the dam, up to the rim, and back down again, it allows continued navigation up and down the Yangtze. 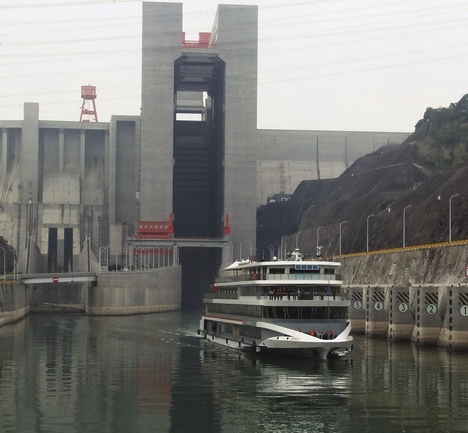 And it doesn't end there.

The dam was also designed to provide flood control downriver, an area with a nasty history of catastrophes, including one particularly devastating flood in 1931 which left 300,000 dead and 40 million homeless.

The truth is hard to deny: This is an amazing piece of civil engineering, which will provide incredible, environmentally tolerable benefits for decades to come.

The question is, where will hydroelectric technology go from here?

Will it continue to be a game of longer, taller, more massive? Though the answer to all of those questions is most likely "yes," the main consideration will always be power generation.

And for that, one of the most important components is the generator itself. What if instead of building higher and wider, you managed to squeeze more charge out of each gallon of water passing over the turbine blades?

If you could do both, then you would compound your advantage, making the facility more profitable, and in the long run, more sustainable.

Today, efforts to improve generator technology are in high gear.

Perhaps the most significant development in this field comes to us from a surprising source.

It's a tech company based thousands of miles from the Yangtze River, in Vancouver, Canada.

It recently perfected a new electric motor that uses artificial intelligence to moderate the current flowing through the motor's copper coil.

The result was more efficiency, more power, and a longer service life.

The innovation is applicable in literally millions of machines, from the tiny motor that gives your smartphone its vibrate function, all the way up to the giant electric engines powering today's biggest cruise ships.

But it's also incredibly useful when integrated into electric generators, adding power production along with increased service life.

To get an idea of what's at stake here, implementing this technology at the Three Gorges Dam could create enough added capacity to power a city the size of Dallas, Texas.

The company behind this technical breakthrough is small, young, and not well known outside of its industry.

But its stock is already public. If things continue the way they have been in terms of business development, this story isn't going to stay a secret for long.

Get all the facts right here — before that happens.