I was still in college when Bitcoin was invented.

Admittedly, I didn’t care much about finance back then.

We were smack-dab in the middle of the Great Recession, and people were not happy with our financial leadership.

It’s no coincidence that Satoshi Nakamoto, whoever that is, released Bitcoin into the world at this time.

Nevertheless, it was so new that it wasn’t really on anyone’s radar yet.

So it wasn’t until the summer of 2010 that crypto gained traction and I started paying attention.

On May 18, 2010, Florida resident Laszlo Hanyecz posted a request on the Bitcointalk forum saying that he would send 10,000 Bitcoins to whoever would send him two large pizzas.

Jeremy Sturdivant, then a student in California, fulfilled the request, creating the first crypto “transaction,” even though it was really more of a trade.

But it cemented the technology behind Bitcoin, the blockchain, as a viable means of performing a transaction.

Remember — and this is important for what's happening today — it’s the blockchain, not cryptocurrency, that holds the true power.

The coins were reportedly worth $41 at the time (they’d be worth more than $170 million today).

We started hearing about Bitcoin, then Ethereum, then Litecoin…

(There are now over 20,000 different cryptos — can you say oversaturation?)

Then we heard about the dark web and people buying narcotics off Silk Road using Bitcoin.

All this made me very skeptical.

How could you not be?

People were using it to buy pizza and narcotics, really groundbreaking stuff...

But that was the point.

Crypto was never supposed to be worth anything as a store of value.

According to The Telegraph, Sturdivant said, “If I had treated it as an investment, I might have held on a bit longer."

But no one treated it that way.

In fact, the first people to use Bitcoin were just proving the power of the blockchain.

It was supposed to be a new form of money.

But then people got greedy and started a fad.

The rest is history.

But now that the FTX scandal has reached new heights, it’s the beginning of the end for crypto.

Government regulation is coming fast, and along with it, a possible government-backed digital currency.

There are three trends this week that prove the point.

Sam Bankman-Fried Goes to the Slammer

First, the breaking news is that Sam Bankman-Fried, also known as SBF, has finally been arrested in the Bahamas after the SEC filed charges.

The problem for SBF is that he had a private crypto hedge fund called Alameda Research, to which he funneled FTX customers' funds.

He then allegedly used this money to back VC investments, buy expensive real estate, and donate to politicians.

People are calling him a modern-day Bernie Madoff, but it looks like he's just the fall guy.

His entire team had to know what was going on.

Or maybe they were so hopped up on meth they didn't care.

CEO of Alameda and supposed girlfriend of SBF Caroline Ellison tweeted about her regular amphetamine use.

According to the FDA, there's a shortage of amphetamine mixed salts, aka Adderall.

Maybe that's where all the drugs went...

Meth's a hell of a drug.

Second, if you thought the FTX scandal was bad, wait until you hear about a string of mysterious deaths in the crypto world.

Then 29-year-old crypto millionaire Nikolai Mushegian drowned in Puerto Rico after tweeting that the CIA and Mossad were after him.

Businessman Vyacheslav Taran, co-founder of trading and investment platforms Libertex and Forex Club, died in a helicopter crash in Switzerland. According to the Daily Mail, "Mystery surrounds his death, as the crash happened in good weather — and after another passenger reportedly cancelled last minute."

Obviously, we don't know if any of these deaths are related, and we're not trying to fuel any conspiracy theories.

But it does make you wonder whether something else is going on beneath the surface.

And last but not least, fund managers are still pumping crypto.

According to a recent Wall Street Journal article, Cathie Wood's taking a lot of heat lately for her risky tech growth stock purchases.

Investors are pulling out.

That puts the fund's total Coinbase holdings at 3.39%.

As for the fund?

Well, it's not doing so good. 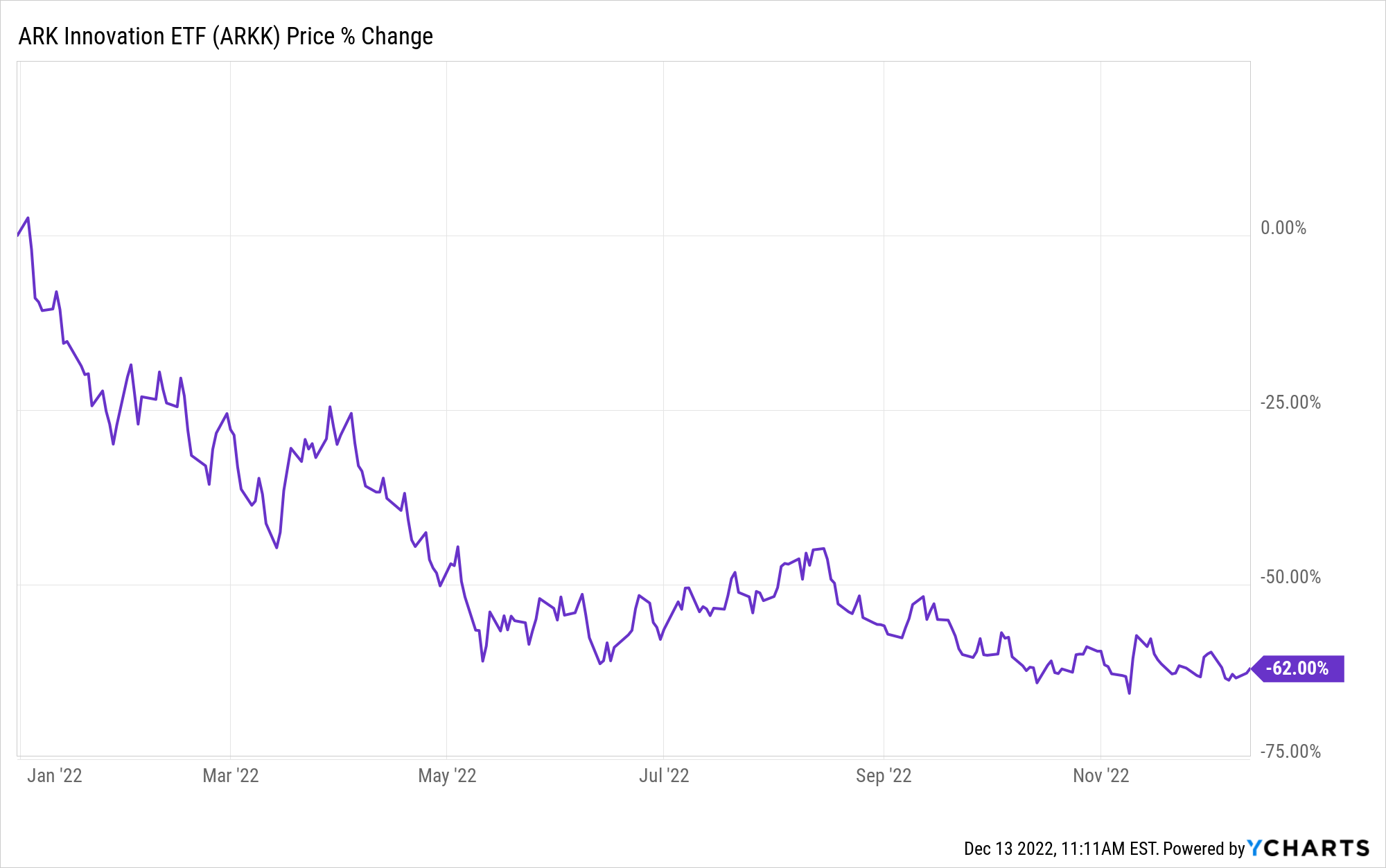 Sorry to be the bearer of bad news, but the crypto ride's over, folks.

Like a bad gambler returning to the roulette wheel “just one more time,” these fund managers just can't let it go.

Gollum needs his “precious” after all.

As we saw above, crypto was never intended to be a store of value.

It was meant to prove the utility of the blockchain — that's it.

And now, because of people's greed, the great crypto experiment has failed miserably.

Investors greedily sprinted in the first mile of this long-distance marathon.

So don't be fooled twice.

In fact, President Biden is about to unleash what the CoinDesk calls an "anti-crypto offensive."

It could come as soon as this week.

And it will impact anyone who has a bank account, collects Social Security, or gets a paycheck.

I urge you to get the details here today.