Those who've been reading my articles on a regular basis are probably at least somewhat familiar with my attitude towards solar power.

To those who are unfamiliar: My attitude has been, well, less than enthusiastic...

Cost per watt for solar power can run from between two and four times that of coal power, and as much as five times as much as nuclear power.

In fact, of all commercially available power-generation technologies currently in use today, only tidal power is significantly more costly than solar.

In addition to the dollar value, solar cells — although seemingly great from an environmental standpoint — are also extremely costly to either dispose of or recycle, which absolutely needs to be done every 15-25 years with current cell technology.

Producing these solar cells (namely, the popular silicon-based variety) is also not the cleanest prospect, as the mining of the silicon itself is a carbon-heavy process...

It's for this reason that the lifecycle CO2 emissions levels (in layman's terms, the total CO2 output associated with the usage of this power generation method) for solar is markedly greater than that of wind or nuclear. 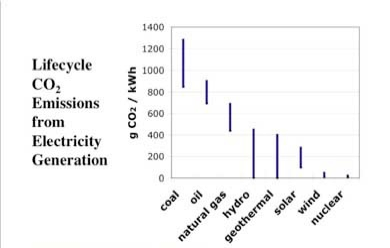 And finally, solar as it stands today just isn't all that energy efficient.

To figure out how many solar cells you need, you first need to calculate your average kilowatt hour/month requirement (the average for a U.S. dwelling is 940), then factor in where you're located geographically to find out the number of peak production hours per day.

Taking all the averages for zone 5, where Baltimore is located, and crunching all the numbers would require about 80 of these to supply 100% of a home's power: 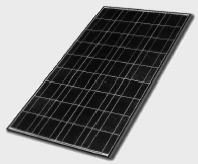 What you're looking at is a 30-pound, 56x26 inch (roughly) solar panel produced by Kyocera, an industry leader in photovoltaic technology for more than 30 years.

Each one costs about $300 and promises to deliver at least 80% of its promised current for 20 years.

After those 20 years, chances are you'll need new ones.

Of course, if you live in a place where the sun doesn't shine for as long, or where it hails often, or where there's a lot of smog, which tends to lower efficiency or require consistent cleaning... that price will invariably go up.

So you understand my reservations with solar as a whole.

However, that doesn't mean there isn't hope...

Right now, the Sandia Corporation, a subsidiary of Lockheed Martin Corporation (NYSE: LMT), is developing a revolutionary new solar cell technology that promises to minimize or eradicate most of the aforementioned pitfalls of the standard iconic grid-tie cells we've come to recognize.

Sandia's cells require up to 100 times less material to produce than existing ones.

The reason for this is the individual cells are much, much smaller — ranging in diameter from .25 to 1 millimeter. 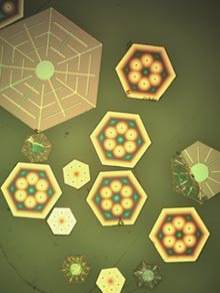 Currently available cells are usually in the neighborhood of 15 square centimeters, meaning far more material is required to support their weight.

The cells are about 20 micrometers thick (about 10 times thinner than standard solar cells), but boast the same efficiency as conventional cells, converting about 14.9% of sunlight into electrical energy.

In addition, these new cells are flexible.

Now, flexibility isn't a new thing, but the innovation Sandia brings to the table is a marked improvement of existing flexible solar cell technology.

A competing firm called Konarka manufactures flexible solar cells today, but they have not been able to exceed 4% efficiency — less than one-third the efficiency achieved by the old-school cells in wide usage around the world today.

Best of all, as 3D printing technology develops, entire panels of Sandia's near-microscopic cells could soon be produced without the need for giant, hyper-sophisticated manufacturing facilities.

Less mass, less waste, easier to build, easier to install and easier to use... all this just might make me a believer after all.

Sandia does not yet mass-produce their revolutionary new solar cells for the commercial market. However, with funding from the U.S. Department of Energy and a list of prospective clients, including various Federal agencies and the U.S. military, it is clear we've already had a look at the future of solar.