Irrational Exuberance is Alive and Well

Irrational exuberance is alive and well.

A textbook bubble in Bitcoin prices is developing right now.

And it has everything to do with Bitcoin's investors.

I'm probably not going to gain any friends with this perspective. But there are inarguable factors that suggest Bitcoin's own buyers are irrationally driving up prices. And their exuberance is setting the market up for a crash.

Let me clear one thing up about Bitcoin before I explain why I think prices are eventually headed for a crash...

As I argued before, Bitcoin is a legitimate form of money. But for the time being, it's being treated as a speculative investment.

Money is typically used in exchange. And while Bitcoin can be used in exchange, it's largely not. Gary Schneider, Professor of Accounting at California State University, says only about 10% of Bitcoin is held by people who use it as currency. The large majority are speculators hoping to sell at higher prices.

Well, according to a recent survey, approximately 60% of Bitcoin owners are under 35 years old. 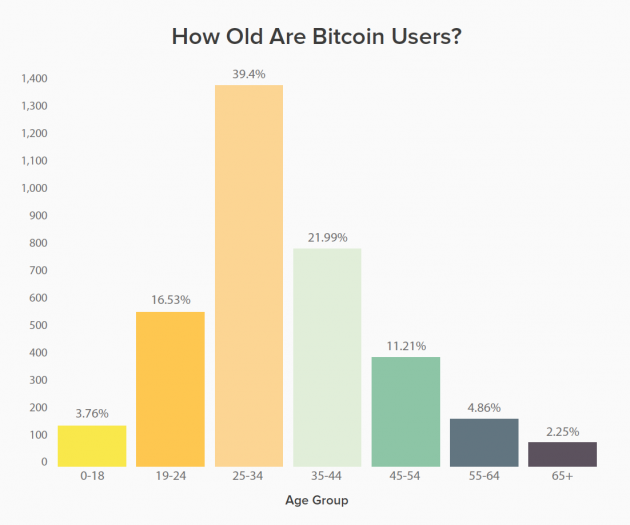 In short, most Bitcoin buyers are millennials. And that's all we need to know about them to make an inarguable point (told you I wouldn't be making any friends here).

The fact is this: A 35-year-old speculator intrinsically has much less experience in risk management than a 60-year-old. And remember, most Bitcoin owners are mostly speculators, as opposed to users of the product.

AND remember they're speculating on a currency, which is among the most volatile of financial instruments.

AND remember they're speculating on what essentially amounts to a new, experimental currency.

All this considered, Bitcoin looks to me as one of the (if not the) most speculative financial instruments available...

Expect for Bitcoin's derivatives, of course.

Yes, believe it or not, Bitcoin has a futures market. And there are products that offer even more risk. On its Perpetual Bitcoin/USD Swap Contracts, BitMEX offers up to 100x leverage!

But to really understand why I think Bitcoin is eventually headed for a crash, let's consider the most famous market bubble in history...

In the 17th century, formal futures markets developed in the Dutch Republic, providing the infrastructure for a massive bubble in the price of tulip bulbs.

The tulip first became fashionable in France, where early modern ladies of the aristocracy began sporting the flower on their dresses. From there, the tulip became the flower to show off social status and wealth. The demand for bulbs subsequently skyrocketed, and prices immediately followed.

At the peak of Tulip Mania in 1637, a single tulip bulb could cost as much as 10,000 gilders, the price of a nice middle-class townhouse in Amsterdam. According to one author, 12 acres of land was once offered for one rare bulb. For a flower bulb! 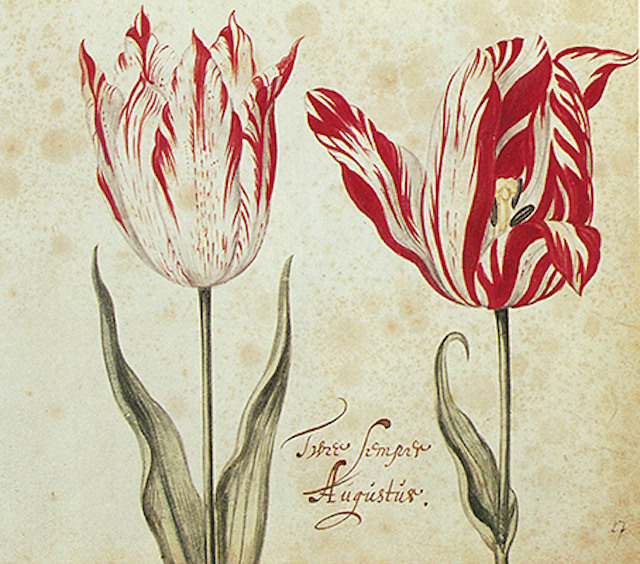 The Semper Augustus was the most coveted of all Dutch tulips.

Of course, the bubble eventually burst. The price of tulip bulbs collapsed, and fortunes in perceived value disappeared over night.

Join Wealth Daily today for FREE. We''ll keep you on top of all the hottest investment ideas before they hit Wall Street. Become a member today, and get our latest free report: "A Beginners Guide to Bitcoin"

Here's what I really want you to take away from this story...

If we consider whom the people were who took part in Dutch Tulip Mania and compare them to the majority of Bitcoin owners, it seems both groups share the same shortcomings.

First, we know both groups are speculators betting on the hot new product. But I think we can also make good assumptions to compare the investment sophistication of the Dutch tulip investors and today's Bitcoin buyers.

Because formal futures markets were only recently developed, the Dutch tulip buyers were inherently unsophisticated investors. All of them. They simply didn't have the experience.

The majority of today's Bitcoin buyers are generally younger, so they share the same inexperience. For many Bitcoin buyers, I imagine it represents their first real investment. They simply don't have experience in risk management. And I think that's pretty clear considering some are buying products with 100x leverage!

Bitcoin could be the tulip of the 21st century with the development of a textbook bubble. And I think could be setting itself up for an eventual crash.

Now, even though I've been talking about a crash in Bitcoin prices, there's an epilogue to the Dutch tulip story that's often overlooked... and that actually provides a bullish outlook for the technology.

Truth is, the Dutch tulip bubble never really ended... it evolved. The price of tulip bulbs collapsed in the 17th century. But the flower industry at large eventually recovered and has never been bigger. Global floral production value is currently estimated at $55 billion.

People still pay thousands for rare flowers. In fact, an anonymous buyer paid over $200,000 for a rare orchid in 2005. And that's not even considered the most expensive flower in the world. Rose breeder David Austin spent 15 years and $5 million to develop Juliet rose. 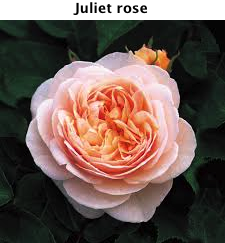 Bitcoin is simply one product of many blockchain-based currencies. A crash in Bitcoin would throw a wrench in the blockchain-based revolution. But there is little doubt that blockchain technologies are the future.

As we speak, every major central bank and large financial institution is researching how to implement blockchain into its own systems. It has already been proven to eliminate verification redundancies and improve security, and new applications are being tested every day.

So while I think Bitcoin itself could eventually be headed for a crash, the blockchain technologies that are supporting all these digital currencies seem set for unprecedented growth.