In 2014, the gods of the tech sector will finally make their minds up about Apple Inc. (NASDAQ: AAPL).

They will decide if the world's most valuable consumer technology giant will continue to ascend or finally collapse, weighed down by its giant mass and lack of vision.

If that does happen, it wouldn't be the first time Apple crashed and burned.

Once before — almost 30 years ago — the company nearly died for doing exactly what it's doing now...

You see, Apple made its name and reputation on the idea that it was the company that sold innovation.

Its problem — and near downfall — came after its founder and unofficial mascot, Steve Jobs, was forced out of management in 1985.

After he left, the line of existing Apple products — namely the Apple 2s and Macintoshes — more or less remained stagnant.

Yes, the company repackaged the Macs into no fewer than 14 various plastic shells including laptops and desktops, but all in all, its product line was merely widening to new versions of existing devices — not deepening into new product classes. 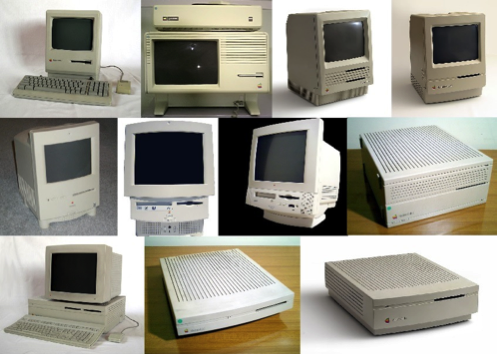 By 1996, this policy put the company within 90 days of bankruptcy — and hastened the return of Steve Jobs.

What came later has made corporate history and has been hailed as the greatest "second act" in business history.

Unfortunately, there is no returning from Jobs's second departure.

And here's the problem the company now faces. See if you can spot the parallels...

It's been almost four years since Apple released its first completely new product: the iPad.

Just as it did with the Macintosh — whose operating system everyone copied — Apple is now taking the iPad and the iPod and expanding the product line laterally by making more and more versions.

Since the iPod's creation in 2001, there have been 16 types of standard iPods in three size categories: Classic, Mini, and Nano.

There have been four types iPod Shuffle — a product I still don't really understand — and four distinct varieties of iPod Touch.

With the exception of the Shuffle, which seems like a step backwards, and the Touch, which boasts the convenient but not world-changing improvement of wireless capability, all of these devices are essentially doing the same thing.

The newer ones have higher storage capabilities than the earlier ones, and the Classics can store and show movies.

What about the iPad? Well, since it first came out and virtually invented the modern tablet market, it's gotten a higher-resolution screen, a spiffy new finish, and a camera.

But these are obvious improvements and/or superficial novelties that stand in contrast to the stroke of inspiration that was the first iPod. They were most likely voted into production during product development committee meetings.

If that weren't enough, Apple is also starting to cannibalize its own market.

The iPhone and the iPad themselves have functionally rendered the iPod obsolete — even if sales continue.

So is Apple doomed to stagnate once again? Is it doomed to march onwards towards the bankruptcy it narrowly avoided as Steve Jobs was called back to lead after the NExT acquisition?

Apple isn't exactly what it was back in the mid to late '90s.

As of October, Apple holds $147 billion in cash reserves... That's ten percent of all cash held by non-finance industry corporations.

That makes Apple less like a corporation and more like a nation. A very, very liquid nation.

It means it has the capacity to do anything it wants on a product-development basis. It can invent, it can reinvent. It can make things that will make everyone else stop, think, and reconsider what they’re doing because what Apple is doing is simpler, more elegant, more intuitive, and, overall, better.

But its biggest problem is unlike before. There is no Steve Jobs to call back in.

In fact, Apple's latest earnings, released just a few weeks ago, revealed record sales in all product categories with the exception of iPod and Macintosh — and despite these favorable reports, the stock still shed more than 10% in the days after.

This year, Apple is set to unveil an all-new product — its first since the iPad.

Many are speculating that it will be the iWatch — a "smartwatch" that takes the functionality of a smartphone and puts it into a smaller, wearable form.

The problem is there are already a handful of competitors on the market — most notably one from Samsung, the very same tech giant that in March is set to recommence its legal battle with Apple over conflicts involving a list of some pretty key patents.

Will Apple's iWatch have the same effect on the nascent smartwatch market as the iPhone had on smartphones? It's too early to tell, but unless this product comes with something as new and revolutionary as the GUI (graphical user interface) was for personal computers or iTunes was for MP3 players, it will end up just another face in the crowd.

And most likely an expensive face.

I predict this is exactly what will happen... And I hate to sound like a fanboy, but it all goes back to Steve Jobs — or the lack of him.

When he was alive and working, he understood something nobody else did. He saw things nobody else saw.

Before computers used arrows and mouse-clicks, he knew that one day, they would use nothing else.

Before music and video was purchased at a universal digital shopping mall and stored on tiny, portable hard-drives, he knew that one day, that would be the standard.

Before people thought of combining a keyless cellular phone with a universal data storage/playback device and wireless Internet access, he knew that one day, all smartphones would do the same.

Those revelations drove Apple to their heights... but only as long as Steve Jobs was there to guide them.

Without Jobs, Apple is doing the same thing it did nearly 30 years ago — simply expanding the current product line laterally; making more of the same product only in different shapes, colors, and sizes; and competing on an equal playing field with other tech companies.

This is not the Apple that has defined the look and feel of consumer electronics since the dawn of the 21st century... This is the Apple that nearly died when it became boring and irrelevant.

For a company worth half a trillion dollars, that's just as big a kiss of death as for one worth one-tenth of a percent of that.

There is no shortage of articles and hard, number-crunching analytical breakdowns of Apple being published every day.

I guess that's one of the blessings (or curses) of holding 10% of all the corporate cash in the world.

For me, though, it's this most fundamental of fundamentals that does it. Never mind plateauing sales, earnings per share, and stagnant growth... What we're looking at here is a brain-dead giant, mindlessly sucking away the remains of a non-expanding market share — a market that by many estimations is already saturated.

Apple: Not Just a Corporation

So what's going to be the outcome?

It's built upon the spirit of youth, freedom, and functional sophistication under a mask of non-threatening, childlike simplicity... all the elements Steve Jobs relentlessly strove to capture in every product, for better or worse, since the first Macintosh.

Today, of course, Apple is rich enough to continue updating and soullessly reinventing its existing products for years.

But its cultural appeal, unlike its cash reserves, is a reservoir that began to run dry the moment Jobs's influence on product development ended.

All it takes is for enough time to pass for one of today's toddlers, or perhaps infants, to look at an iPhone or iPad and see it as just another piece of faceless technology that their parents use — with no unique feel or functionality to set it apart from all others.

Once that happens, the Apple all of us know and many of us still love will cease to exist. Inevitably, a new face will rise and become the nucleus of tomorrow's tech culture.

So why is this the year we're going to find out?

It all goes back to the iWatch: the first all-new product to be released by Apple in four years. That will be the test of whether this company can stage another cultural revolution... or if it's lowered itself to running on an equal playing field with the rest.

There is no concrete release date as of yet. Rumors of battery-life problems are circulating. But hopefully, by the end of the summer this year, we will have our answer.

If the iWatch fails to deliver lasting impact (beyond the initial sales rushes), the post-hippie generation symbol of free-spirited, unabashedly creative thinking will fade away, and a new company will assume the role.