Can It Live Up to the Hype?

It's that time again... Apple (NASDAQ: APPL) is getting ready to launch its new iPhone.

In just a little less than a month, we can expect the brand new iPhone 7 to be released. This year's release holds a lot more anticipation and excitement, since Apple's standalone releases for its phones (iPhone 4, 5, 6) usually include new and significant upgrades to the phone's technology and design. So given that it's the year of the iPhone 7, there are a lot of expectations.

And with high expectations come the leaks...

An interesting rumor that's been going around for the past few months is how Apple will be releasing three versions of the iPhone 7: the iPhone 7, iPhone 7 plus, and iPhone Pro. The iPhone Pro would be unique in comparison to the 7 and 7 plus because of the Pro's rear dual camera.

However, it seems like the Pro might have just been an alternative version in case it wasn't possible to put the dual camera on the iPhone plus — essentially, a back-up plan. A reliable iPhone leaker, Evan Blass, tweeted on July 18th that he had received information that there will only be two versions of the iPhone 7, and their code names are Sonora and Dos Palos (two cities in California).

You can expect a slimmer look and feel with the iPhone 7. Right now, the iPhone 6S is 7.1mm thick, and the new version could be trimmed down to 6.5mm or even 6mm.

Another design change has been directed towards the antenna lines on the back. The antenna lines are expected to be repositioned to curve along the edges of the phone instead of across the back. But for the most part, you can expect the new iPhone 7 to look similar to the iPhone 6. 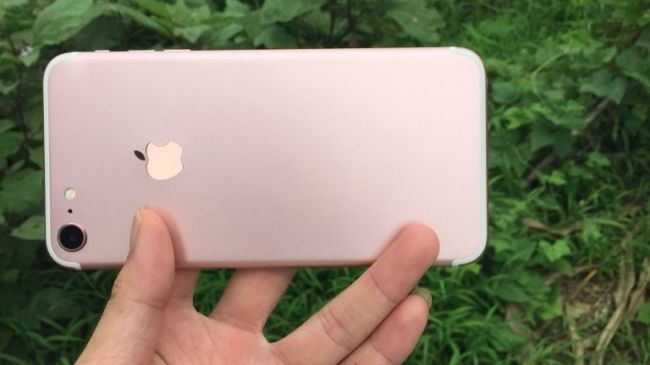 A "major" change that seems to be getting every iPhone user in an uproar is the removal of the headphone jack. This change raises a lot of questions of what exactly Apple plans to do to accommodate consumers so they can continue using their earbuds. It's rumored that Apple will be providing a lightning port to connect earbuds. If that isn't the case, then customers will have to invest in a pair of wireless earbuds.

We all know Apple loves to accessorize, so you can bet it's working on its own wireless EarPods to sell separately that will be compatible with the iPhone 7 (just in time for the iPhone 7 release, of course).

Another popular leak is claiming that the new phone will be water resistant — an obvious and much-needed feature that I'm sure everyone would be happy about... after all, accidents do happen. It's hard to tell to what extent the phone would be water resistant, but a feature like that would be a lifesaver.

The Heart of it All

A new design is important, but not as important as the hardware, especially if we're expected to pay $600+ for it.

There'll be a change to the baseline of internal storage for the new phones. Apple will no longer be offering its 16GB model; instead, the lowest amount of storage will start at 32GB, allowing for more memory for photos, videos, and apps, while also catching Apple up with the rest of the smartphone industry. The iPhone 7 is expected to have 2GB of RAM, while the iPhone 7 plus will have 3GB.

With any new phone, a new processor is a crucial component. The new iPhones are expected to include a next-generation A10 processor manufactured by Taiwan Semiconductor Manufacturing Company (NYSE: TSM).

You can expect improvements on both front-facing and rear cameras. After all, we do live in a world where people love taking pictures of the places they go, the food they eat, the people they see, and even themselves. If the iPhone 7 plus does in fact have a dual rear camera, it'll allow for photos to be a lot clearer and reduce the graininess.

Mark Gurman of Bloomberg reports that the home button will no longer be clickable, but a pressure-sensitive circle that provides haptic feedback when touched — a similar design to the new trackpad on the new MacBook. It'll probably take some time for devoted iPhone users to get used to the new home button; however, it'll give users an easier transition for when Apple gets rid of the button altogether and integrates the home "button" onto the phone's screen.

I've been an iPhone user since the iPhone 4 came out, and with these current leaks and rumors, I'm not entirely convinced that the iPhone 7 will live up to its expectations.

There's no doubt that the technology will be improved, but nothing that would convince consumers to immediately upgrade their phones.

Apple is on the verge of a lot of new technology that could possibly reshape the iPhone for the better, but that technology won't be ready for next month's launch of the iPhone 7. iPhone users will have to wait until the iPhone 8 release to see any big changes.