When Government Spends Your Money 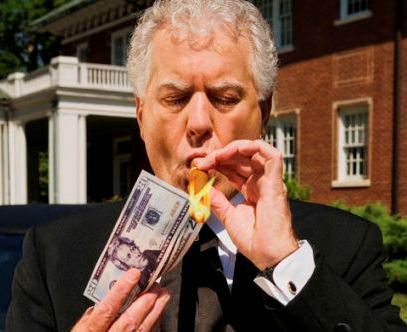 There are thousands of stories on government waste. I could literally write an article every single day on some wasteful government program.

While this would get tiresome, I think it is important to point out some of the more egregious cases every once in a while, just to remind people of what happens when government spends our money.

One of the latest cases involves a special facility in South Carolina that could transform nuclear material from weapons and convert it into fuel that could be used for civilian nuclear reactors.

Many government programs sound good when they are first presented, but politicians aren’t spending their own money. There is no profit or loss system with government spending in order to tell us whether it is meeting market demands. The only profits and losses involve losses for the general taxpayer and profits for the special interests.

In this particular case, the Department of Energy is putting this multi-billion dollar project on hold because of the cost overruns and the need to reduce federal spending in some areas.

The project, pushed by the big government Republican Senator Lindsey Graham, was going to cost $10 billion to continue, instead of something closer to $1 billion. Estimates showed that the South Carolina plant would need another $24 billion to operate it over a period of 15 years.

I would say that this is a typical government program, except there may be one difference in this particular case. The government, at least for the time being, is cutting some of its losses instead of ramping up spending even more to finish the facility. While they are not halting all spending on the project, the funding is actually being reduced.

Some people will point to the approximately 2,100 workers at the plant as a positive benefit because it provides employment, but this is just bad economics.

The money to pay these workers is capital and resources that are being taken out of the private sector. In addition, spending $10 billion for 2,100 workers would have seemed rather silly, as that would work out to more than $4.5 million per worker.

It's important not to point fingers at just one of the major political parties. Republicans and Democrats in Congress are both to blame. This project was actually first proposed back in the 1990’s as a piece of negotiations with Russia to reduce nuclear weapons.

Obama has been particularly bad in promoting government boondoggles. In his case, some of the new and more obvious failures have been in alternative energy.

Think about the political process and the government failure of Solyndra and Fisker. A business or entrepreneur does not invest in such things, so the government steps in with its central planning in an attempt to create a product where there is a lack of consumer demand.

I have no problem if an entrepreneur wants to sell electric cars or some form of new clean energy. But it should not be subsidized by the government. If the project is worthy, then it should require no government funds and should be profitable because it meets consumer needs and wants at a price they are willing to pay.

And while government boondoggles constantly happen under both major parties, the Republicans even promote energy projects, although with a little less alarmism about the earth being destroyed by humans and capitalism.

There was a clean coal “FutureGen” project that began under the George W. Bush administration, first proposed in 2003, and since re-funded under the Obama administration. It has been another money pit where the special interests profit and the taxpayers lose.

In a sense, all government spending is a misallocation of resources.

These examples of government trying to “invest” money in energy sources are just particularly destructive forms of domestic welfare spending. Much of the money is going to special interests and into areas that are providing little long-term benefits.

The government keeps flushing wealth down the toilet while the American middle class continues to struggle to pay for health insurance and other basic needs. The only answer is for the American people to demand a dramatic decrease in the size and scope of government, particularly at the federal level.

As long as there is major power and money residing in Washington DC, we should not be surprised when resources continue to be wasted.