Big Tech layoffs just kicked into overdrive. CEOs and boards are scrambling to cut costs before the depths of recession really hit.

So far, tech companies have announced 34,000 layoffs this month. That may not sound like that many people, but it works out to a large percentage of their relatively small workforces. 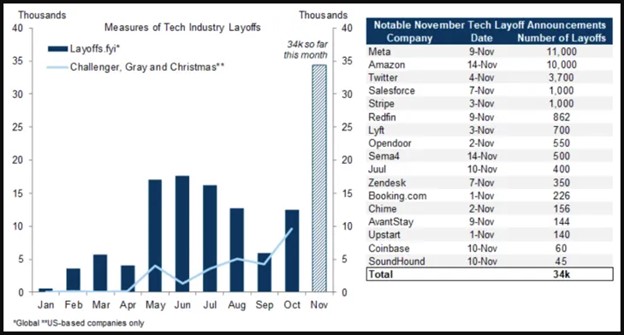 Twitter is laying off 3,700 workers, which, again, doesn’t sound like that many until you realize that’s 50% of the company.

Meta (formerly known as Facebook) is laying off a massive number of staffers after its botched launch of the Metaverse sapped tens of billions of dollars from its reserves.

But one of the biggest announcements so far in November came from Amazon.

In the face of an impending recession and with holiday sales volumes projected to be lower than usual, the online retail behemoth is laying off 10,000 workers.

That is, until you think about the time of year we’re in: the holiday season.

Amazon usually hires tens of thousands of seasonal workers to help staff its distribution centers for the holidays.

This year it’s firing a big chunk of its workforce instead. And all because it sees very tough times ahead.

But it’s not sending those workers home empty-handed…

In addition to the severance packages they’ll get as laid-off employees, the company is offering something extra.

And I can only describe it as a “universal severance package” for anyone who wants it.

And when I say “anyone,” I mean ANYONE!

Remember when we bailed out all those big banks that made stupid bets on the housing market?

Even though those executives were the ones who ran the economy into the ground?

Remember how pissed off it made you that the very people most responsible for the market crash and the recession that followed got paid BIG BUCKS on their way out? 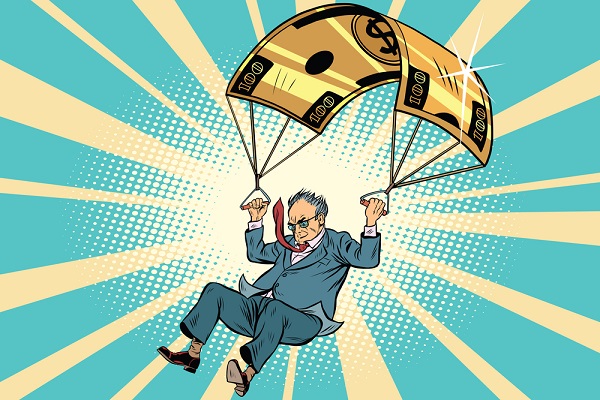 I sure do. It was one of the things that led to me getting fed up with Wall Street.

It’s part of the reason I walked away from one of the biggest investment banks in the world.

Well, the tech companies seem to have learned a lesson from the big banks — at least Amazon did…

People like the 10,000 who are going to lose their jobs in the next few weeks.

But the kicker is that you don’t have to be a laid-off former Amazon employee to get a share of it.

You don’t even have to be an employed Amazon worker to qualify for this massive cash payout.

All you have to do is get your name on the distribution list before a certain date (when the payments will be calculated).

Then you’ll get your share of a total payout worth nearly $3 BILLION!

You don’t even have to own a single share of Amazon stock or have a Prime membership.

Even if you’ve never bought a single thing from Amazon, hate Jeff Bezos with every fiber of your being, and only shop at Walmart…

All you’ve got to do is sign up and let them know how much of it you want to have deposited into your account.

But there is one BIG catch…

Time Waits for No One

You must get on the distribution list BEFORE the close of business on December 14.

That’s when the payments will be calculated and readied for distribution.

You need to get your name on this list BEFORE December 14 comes to a close.

If you do, then you’ll have the opportunity to not only get paid by Amazon, but also tell Amazon exactly how much of that MASSIVE pile of cash you want!

But if you’re not on that list in time, if you’re even a second late, then you’ll get absolutely nothing.

So I’m imploring you to take a little time out of your schedule today before you start the weekend.

And I’ll show you exactly how to get paid come December 14.

It could easily be the most productive and profitable time you ever spend.

So before the payment gets calculated…

I can pretty much promise that you won’t regret it.