99% of Power Generation Comes From This Mechanism

In total, humanity produces and consumes about 23,000 terawatt-hours of electricity annually.

I know that number has little meaning, so I'll put it in terms that might help create some context.

The Hoover Dam, which supplies power to about 675,000 households (down from over 1 million at its peak), produces just 4 terawatt-hours per year.

So you're starting to get an idea of the magnitude of electrical energy that humanity requires to keep its homes, institutions, factories, and cities running.

If you think that number is impressive, I'm going to give you another figure that's even more dramatic: 99%.

That is the proportion of power that comes directly from electrical generators, which are nothing more than electric motors set up to run in reverse.

Michael Faraday... Supplying the World With Electrons for 191 Years

It's a simple enough process, and yet, since 1831, these generators, originally invented by British engineer Michael Faraday and thus named "Faraday disks," have been feeding and growing human civilization with near-universal market dominance. 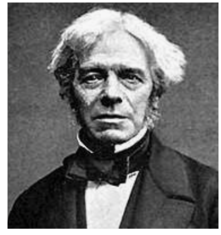 Without generators, your power would stop. Your lights would go off. The world would be plunged back into the 18th century in the span of minutes.

So you're getting the idea. Generators — large, small, and everything in between — keep planet Earth humming.

Now, being as important as they are, one would think that modern generator technology is among the most advanced — the highest-tech materials combined with the most cutting-edge software to produce the absolute largest flow of electrons with an absolute minimal loss to inefficiency.

That's where you would be wrong.

Since the Faraday disk was invented almost two centuries ago, advancements to this core technology have been minimal.

Sitting on Our Laurels

The mechanism that first drove the flow of electrons in Faraday's lab back before the American Civil War is essentially the same design and configuration driving them today, with the most significant difference between his prototype and the kind feeding your house being size.

Modern technology has mostly stayed away from the evolution of generators, because why fix what's not broken?

And one tech company based in Calgary, Alberta, has taken Faraday's two-century-old design and pushed it into the 21st century.

As with most things cutting-edge, the crucial design innovation here comes not from size or materials advancements but from artificial intelligence.

You see, one of the issues with traditional generators is that by design, each unit operates at peak efficiency at a preset and constant rotational speed.

It wasn't until very recently that this Canadian company managed to apply artificial intelligence algorithms to the charge management within the heart of the generator that previously untapped production capacity could finally be liberated.

The result is an 8%–10% boost in capacity. When applying this improvement on a global scale, we're talking about a difference equal to approximately 1.7 times the total energy consumption of India (1,380 TWh in 2019).

Of course, to yield such a major improvement, every generator in every coal, nuclear, hydroelectric, and wind-powered generator would need to be equipped with this new technology.

But therein lies the opportunity.

You see, this Canadian tech firm that holds the patent to this intelligent power management technology is already working with corporate partners to get its innovations integrated into as many products as possible.

Eventually, this technology will become the rule, not the exception.

Now it's time for the final and perhaps most dramatic fact you'll read in this article... This tech firm, which is virtually unknown to any non-industry insiders, is valued at barely US$100 million.

Its stock has been public for a while now, but because it's still technically a development-stage company, institutions have steered clear while retail investors have remained largely unaware.

How Is This Still a Secret?

To me, that's the biggest inefficiency of all, because in a world where every kilowatt-hour is becoming more and more dear, even minor improvements are worth billions.

This improvement, if you haven't realized yet, is anything but minor.

I've been watching this company for quite some time now. I've been following its progress, keeping track of the contracts it's signed and partnerships it's entered, and, to my surprise, have also been watching its share price remain pretty much flat.

This market inefficiency cannot last forever — not with the story being this big.

So I've made the decision to start sharing it with as many people as I can — not just my own subscribers, who've been reading about it for years.

To do this, I had our video production team put together a quick, easy-to-understand presentation that lays out all the facts, all the theories, and, most importantly, the singular conclusion: This could be a billion-dollar company before the middle of the decade.

If you want to see this video, enter here at your convenience. It's free, access is instant, and I promise you'll walk away with a different view of things.

Enjoy and feel free to share this link. We all stand to benefit from what comes next.