5 Tech Companies to Put On Your Radar

Most people will never get in on an initial public offering.

That's a sad fact of investing.

However, any investor with an online brokerage account can buy shares of that company in the days following the IPO, in hopes of picking up some of the buzz and excitement in the form of quick gains...

The problem for the average investor is that sometimes, all that buzz and excitement peaks out before they buy a share.

And then this happens:

If you don't recognize the chart above, it's the world's most anticipated — and most disappointing — tech IPO, perhaps of all time.

Only now, more than a year after going public, is Facebook approaching the levels at which it was first traded when it hit the open market. For those without access to earlier stage financing, it would have been a major loss... and I mean the heartbreaking kind, with so many hopeful amateur traders going all in on what they were sure would be the home run play of their lives.

At best, they broke even. At worst, they lost two-thirds of their investment.

Last week, I talked about how some companies, like Google, command inherent value, while others do not. Some companies provide a tool, or a product, that is universally valuable.

In the case of Google, it's the time people save in finding answers to questions that are directly pertinent to the creation and growth of business. Google saves time in everything from getting a patent... to designing a product.... to fabricating it... to distributing it. It speeds up technological development, with effects making positive ripples on a worldwide scale.

Facebook and most other social media sites either entirely lack this ability to add value, or don't add enough to make a difference.

But that doesn't mean new tech companies think this way.

In fact, I've found five companies, currently still private, that may be headed towards a public offering within the next 12 months. 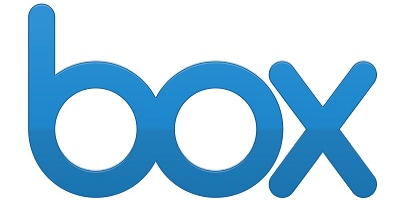 Founded in 2005 by then 20-year-olds Aaron Levie and Dylan Smith, this pioneer cloud-computing platform now serves 14 million individuals and 140,000 business across the globe.

Multiple rounds of funding — starting in 2005 with a $1.5 million investment by none other than Mark Cuban and culminating in 2012 with a $125 million commitment by General Atlantic — the company is now worth ~$1.5 billion.

It was also one of the first in a now trending data storage medium, one that, in many minds, is the future of data storage, period.

As information is the most valuable commodity (Gordon Gecko said so himself), it follows that storing it efficiently and reliably is a value to us all.

Box, along with its competitors, will set the trend in this sector for years to come.

The brainchild of Twitter founder Jack Dorsey and partner Jim McKelvey, Square has done for credit and debit processing what the Model T did for the automobile.

Merchants or individuals are now able to accept payment via their smartphones using Square's percentage or flat fee service.

Early investors include Starbucks, which committed $25 million and adopted the technology for use in their store — immediately cutting down on overhead associated with traditional equipment and procedure.

Where's the value? It will make it easier for millions of technologically unsophisticated vendors to do business. It saves time, while dramatically broadening customer base.

Founded by streaming pioneer Daniel Ek in 2008, this streaming service offers its 20 million users access to a stored database from which to choose and play music for a flat monthly fee. It also offers a free front-end service, with advertising and limited monthly usage quotas.

The catalog contains 20 million songs. So whatever your tastes are, they're probably at least 80% covered. Artists are compensated based on number of streams. Of course, pay scales have already been the cause of some hostility between corporate and creative... but these problems will be resolved.

Why? Well, to date, I've paid about $1,000 for the songs on my iPod. That's enough for eight years of Spotify, and their collection is just a tad larger than mine.

Spotify delivers a valuable resource to those who want it and it compensates the creators, thus feeding the industry.

Conceived by Brian Chesky and Joe Gebbia, both students at the Rhode Island School of Design, this web-based service provider, which initially launched in 2008, might just be chiseling the epitaph of the hospitality industry as we know it today... 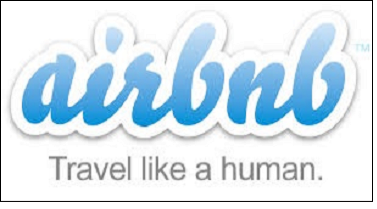 For a flat percentage fee, AirBnB links up property owners/renters/managers with travelers looking for lodging alternatives. For prices similar to local single-room hotel units, AirBnB users can secure stays at fully-equipped condos or apartments. I know because I know several of its users.

The system works smoothly and is expanding. They've grown from one booking per day in 2009 to one booking every two seconds in 2012.

AirBnB saves time and money for travelers while providing property owners a steady stream of renters and income.

Launched in 2007 by MIT graduate Drew Houston and soon-to-be MIT dropout Arash Ferdowsi, Dropbox is another cloud application — and a big one at that.

It allows users to create special desktop folders on their computers and tablets, which then become universally accessible of uploaded data, regardless of which device is being used.

With over 100 million users, their website — which also hosts all the data stored by its users — accounts for more than .3% of all Internet bandwidth.

Its valuation when the company goes public probably sometime next year will be in the $10 billion range. Not bad for a development team half of which doesn't have a college degree...

The value comes from convenience. Time is money. And saved time is saved money — a lot of it.

Although nothing is ever certain, and there are variables that may keep them off the retail market for a long time yet, the list above defines what it means to add value. And as such, these stocks will grow out of and above the initial hype.