The first round of analyst comments about Disney’s new video streaming service, Disney+, won’t come out for a few more months.

But the competition is already shaking up the streaming industry.

This is the first real competition for Netflix’s video-streaming dominance...

Not only is it going to have ALL of Disney’s intellectual property, but we just found out a few days ago that it’s also going to host shows and movies from other parties. As if competing with Star Wars and Marvel weren’t enough.

And Netflix investors are scared. The stock is still up in 2019. But that’s more of a reflection of how far it fell toward the end of last year.

But let’s talk a little about Netflix’s past instead of its future. Because I’ve got an opportunity for you that’s akin to going back four years and investing in Netflix when shares cost over 600% less than today...

Back in 2015, Netflix had been around as a company for nearly 20 years. And it had been publicly traded for a little over a decade.

Initial investors — those who bought at the IPO in 2002 — were sitting on very nice profits. Their adjusted entry price was around $1. And the stock was trading around $50.

But the gains were far from over. Folks who saw the value and the future bought Netflix stock at $50. And they’re up over 600% just four years later... 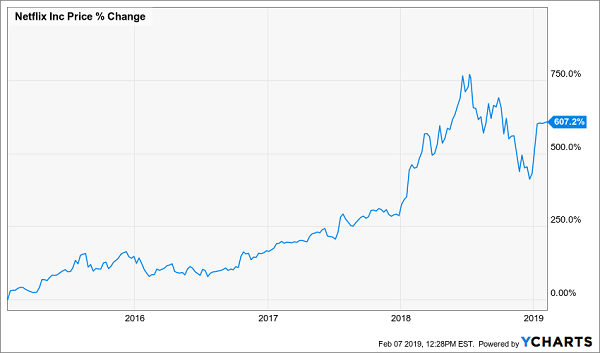 You see, in 2015, Netflix was still small. It wasn’t capturing 10% of U.S. TV screen time like it is now. It only had about 55 million paying customers.

But after a run from $1 to $50, a lot of investors figured the good times were over. And they missed out on some major gains.

That doesn’t sound like a stock that was done growing to me.

But there’s another company out there that’s cornering the streaming market. And it’s looking a lot like Netflix did back in 2015...

Introducing: The Next Netflix

This company is actually coming to market with far more value than Netflix had at its age.

It’s got more paying subscribers after only a decade than Netflix had after 20 years in the game. And it’s close to surpassing Netflix’s current subscriber count. That’s likely to happen this year.

When it comes to sales growth in dollars, it’s wiping up the court with Netflix, too... 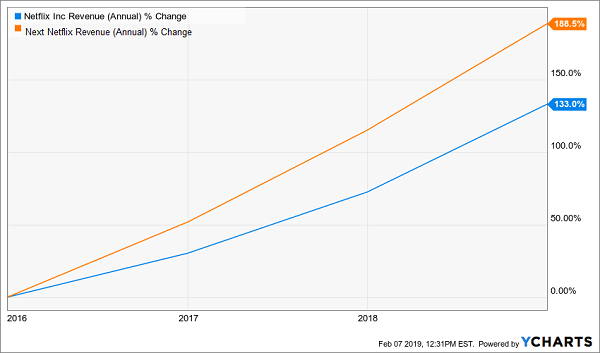 But the Next Netflix scorched those numbers by growing sales 188.5% in the same time. That means it’s averaging 50% revenue growth every single year.

And thanks to a recent note from the head of the Next Netflix, we know for certain that pace isn’t slowing down at all.

This company may be out-growing and out-selling Netflix, but its management was smart enough to target a corner of the market Netflix has stayed out of entirely. And that’s helped it scream right to the top.

You see, this company is already dominating its market. But there are some very big players trying to crush it into nonexistence.

And they’ve got a ton of cash to throw around in the battle for dominance. I’m talking billions.

The two biggest competitors have combined market capitalizations of $1.6 TRILLION. And they’ve got cash on hand totaling over $37 BILLION.

But even with all that muscle behind them, neither has even come close to catching the Next Netflix.

If you add up the two biggest competitors, they still don’t have as many paying customers as this little gem: 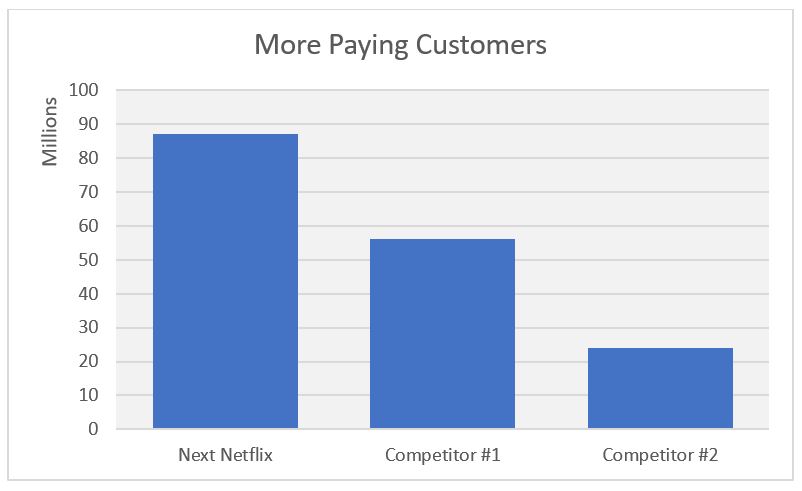 With trillions to throw into the fight, even these two giants can’t compete with the Next Netflix.

If you’re looking for the next major tech company to mint a new round of millionaires...

If you just want to secure a healthy future for your family...

This is the investment you need to make.

It’s already got the customers. And it’s growing by leaps and bounds every year... 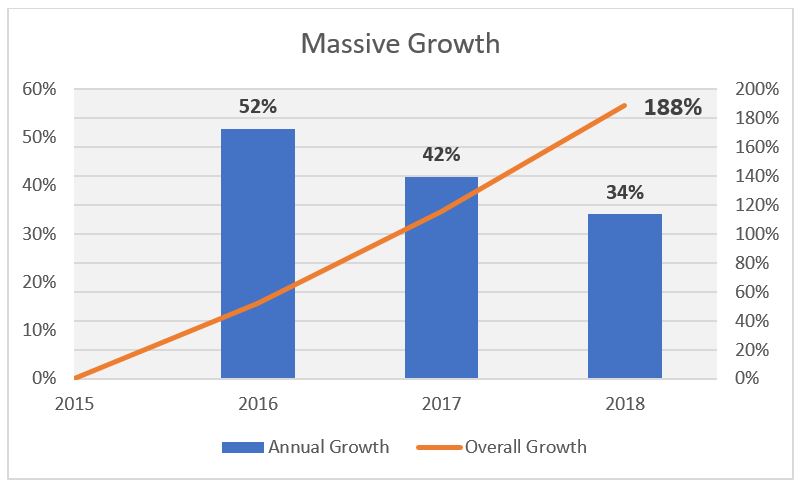 I see 50% upside in 2019 at the bare minimum. And once that rally starts, there’s no telling how much higher it’ll go.

I’m probably being conservative when I compare the potential to Netflix’s 600% rally. We could easily see a 1,000% return over the long run.

Just remember that Netflix chart when you think about investing...

When these investments start to move like that, they move fast. And if you wait until they start moving, your potential profits drop just as fast.

So don’t delay. Click here and join the members of The Wealth Advisory as we capitalize on the Next Netflix.