The Feds Just Gave Up on Cannabis Prohibition!

You probably didn't read about it on any mainstream media source.

Interestingly, it barely registered a peep on social media, too.

But if you're a legal cannabis investor, it was certainly a “flare gun” moment. The race to legalization, my friend, has officially begun.

Last week, federal prosecutors did something they rarely do: They tucked their tails between their legs and limped away.

Here's how it started...

In 2012, after claiming a violation of federal drug laws, the Justice Department filed a civil forfeiture action against one of the largest medical marijuana dispensaries in California, Harborside Health Center.

But Harborside fought hard and promised it would not abandon its more than 100,000 medical marijuana patients who rely on their medicine to cope with all kinds of illnesses and disorders. Last week, that promise was kept (although Harborside continued to operate during this legal battle).

Last Tuesday, while (ironically enough) sitting in a meeting with a number of legal cannabis investors, I heard the news that the Department of Justice dropped its case against the dispensary. This was huge. Not just for Harborside, but for the entire industry — and, of course, those who profit from it.

The Beginning of the End

Harborside co-founder and all-around good guy Steve DeAngelo responded to the news, saying that this dismissal signals the beginning of the end of federal prohibition on cannabis.

As one of Harborside's attorneys noted, this was a de facto admission by the Justice Department that it simply can't get anywhere pursuing these types of cases where it goes after licensed dispensaries that are compliant with state law.

It's also worth mentioning that the 2014 Rohrabacher-Farr Amendment prevents the feds from spending any federal money to go after medical marijuana businesses in state-regulated markets.

So basically, the federal government no longer has the permission nor the funds to shut down state-approved dispensaries. And by the way, there isn't a single presidential candidate that will approve any kind of crackdown on these state-approved markets.

If you're a regular reader of these pages, you've heard me refer to the great North American Legal Cannabis Trade before. This is the idea that the legal cannabis industry is no longer relegated to just a small number of regions in British Columbia or Denver. Instead, it's now an enormous intra-continental industry worth hundreds of billions of dollars.

Here's the most recent map, highlighting the states and countries in North America where marijuana has been legalized or decriminalized. 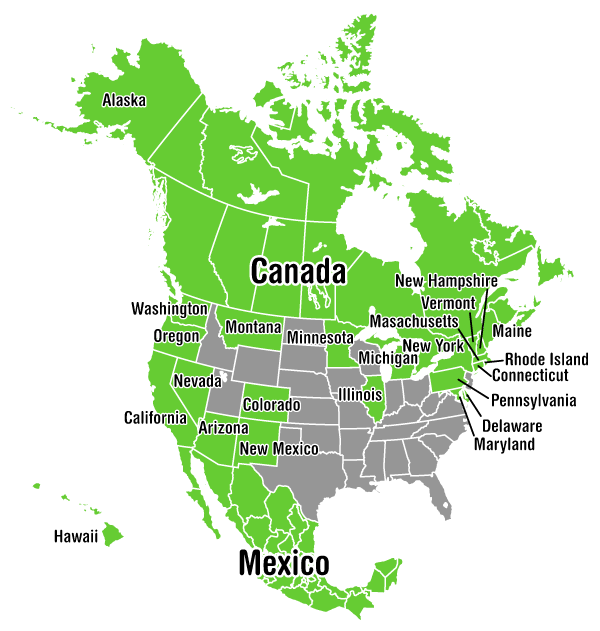 And this year there are ballot initiatives for legalization (both medical and recreational) in another 14 U.S. states.

Here's that map again, highlighting where cannabis could be legalized by the end of the year. 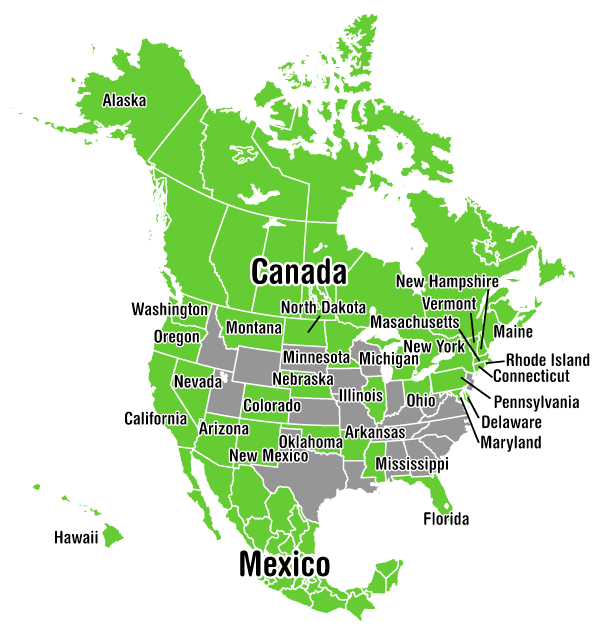 I'm telling you right now, this is virtually a done deal. And I, for one, will not sit on the sidelines while there's so much money to be made so early in the game.

I certainly hope you're getting a piece of this action, too. And if not, you're wasting valuable time.