It would’ve been enough to make any teenage stoner giddy with enthusiasm.

Rows upon rows of marijuana, ready to be harvested by a group of twenty-somethings wearing company t-shirts, latex gloves, and big smiles. 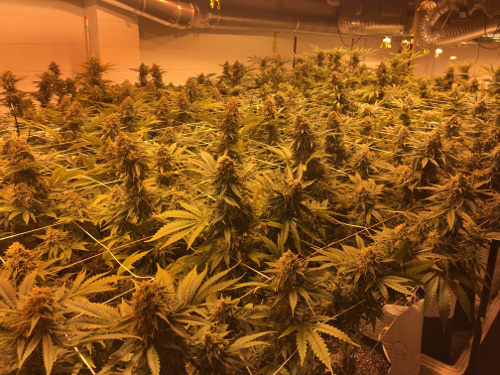 The grow lights were bright, and the scent was strong. So strong, in fact, that the owner of the legal marijuana company giving me a tour of his facility commented on it.

“That’s the smell of money.”

And he wasn’t kidding.

It's actually one of the smaller operations in Denver, yet these folks are pulling in six figures in sales every single week. And the wealth is being spread around quite nicely.

Workers at this facility are rewarded with high salaries, 401(k) plans, health insurance, paid vacation, and even a piece of the action. If the company does well, so do its employees. And based on what I saw, these employees are doing pretty damn well for themselves.

Last week, along with a few members of my Green Chip Stocks community, I met up with a couple of legal marijuana growers and retailers in Denver, which is basically ground zero for the legal marijuana industry. 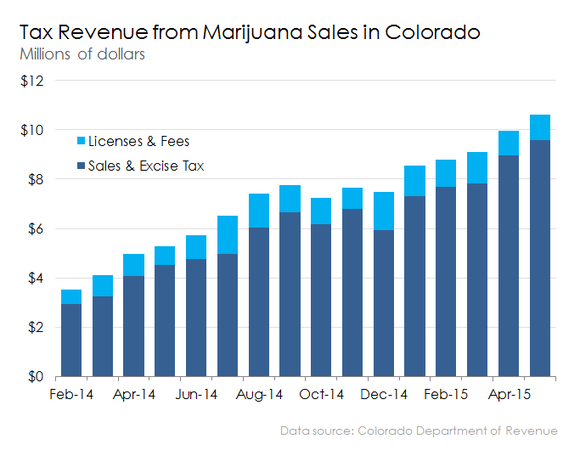 The state of Colorado legalized recreational marijuana (in addition to medical marijuana, which became legal in 2000) in 2012. Since then, more than $1 billion worth of legal marijuana has been sold in the Centennial State.

Enthusiastic lawmakers have been quite happy with the more than $100 million in tax revenue this industry has generated from legal marijuana sales, and consumers — some of whom have actually moved to Colorado because of legal marijuana — have been enjoying the benefits of medicating and recreating on their own terms, without much fear of being hauled off to jail.

But I’m not writing to you to talk about Colorado’s marijuana industry. Although it is incredibly profitable, it’s peanuts compared to what’s about to go down in Canada.

If you’re a regular reader of these pages, you know I’ve been very bullish on Canadian marijuana stocks, as nearly all are poised to soar once recreational marijuana becomes legal.

Thanks to the new Prime Minister of Canada, this is on the agenda for 2016. The new rules are being written right now, and Canada could see a vibrant recreational marijuana market as soon as next year.

Now, since the new Prime Minister, Justin Trudeau, announced his plans for legalization, economists, market analysts, and armchair know-it-alls have been chiming in on what the value of this market could ultimately be.

The latest, which was just published by the good folks over at CIBC World Markets (which is a subsidiary of the Canadian Imperial Bank of Commerce), suggests that the legal marijuana market in Canada could ultimately be worth $10 billion a year. That ain’t chump change, and you can be sure we’re getting a piece of that action by owning shares of three specific legal marijuana companies that are already in bed with the Canadian government.

These are companies that currently have regulatory approval from the Canadian government to both grow and sell legal marijuana. All three have operations in place, and all three are currently selling legal marijuana to medical marijuana patients.

In my latest report, "Legal Drug Dealing Made Easy: Getting Your Cut of a $40 Million Drug Deal," I name these three companies (along with their ticker symbols). You can get access to that report here.

I strongly encourage you to check out this report today, because while the legal marijuana market is about to explode, the big money is being made right now.