Anyone who's dabbled in investing — whether through a retirement account or through a brokerage — doesn't need to be reminded about how even “safe” stocks can suffer when the economy goes through rough times.

And every downturn taken by the economy is a reminder to investors that they need to manage risk.

We live during an era when political brinkmanship can tank an otherwise stable economy. And investors can easily become paralyzed and discouraged as they search for safe ways to protect their money while still making profits.

In reality, the answer to this problem is right under everyone's noses. These special investment types are traded on the NYSE and AMEX, are completely immune to downturns, and have very strong profit potential (in fact, they're in the double digits).

They're called Market Index Target-Term Securities (MITTS), and to a large extent, they're the perfect investments for bearish markets since they offer the prospect of all gain and no pain.

A Brief History of MITTS

The concept of MITTS was originally engineered by Merrill Lynch in an attempt to limit the amount of downside risk that investors were exposed to during a bad market year. 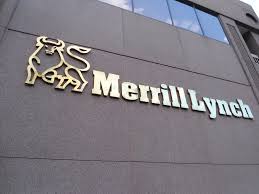 seful in the event of market crashes, where investors who invested through traditional ETFs often end up taking losses.

MITTS belong to a bigger branch of debt securities. Most investors are familiar with the concept of debt securities (bonds, government bonds, corporate bonds), but MITTS function a bit differently: They still allow investors to capitalize on the gains from the stock market.

The whole purpose of MITTS is to give an investor's funds equity exposure, while still protecting their investment and ensuring that the investor makes a minimum profit.

Of course, when I say it like that, MITTS seem too good to be true: You get the benefits of the stock market without the risk? But MITTS also have other unique functions that prevent investors from withdrawing before their investments mature.

This means that investors shouldn't go into them blindly. They have to think about how quickly they want to make profits.

With this in mind, let's move forward and look at what makes MITTS such valuable tools, starting with learning how MITTS work.

Let's explore that for a moment...

Here are how MITTS work...

Although they are traded just like stocks, these equity-linked notes function in a similar manner as loans or bonds. However, in this case, there is no potential for default and there are no fixed interest rates.

Instead, the payouts when MITTS mature are entirely linked to the performances of specific indexes or groups of stocks. 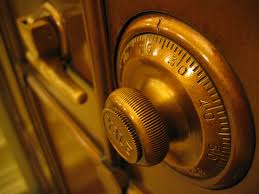 MITTS do not usually give individual owners the right to redeem the securities before they mature. This means that profits are locked away for a bit. The average length of maturation for MITTS is seven years on the Dow.

In a way, this allows MITTS to operate like safes. The money is safe from investor panic and market downfall.

When these notes mature, the financial institution that issued the MITTS repays the original investment, plus an amount based on the appreciation of the underlying stock index.

If the index behind the MITTS turns down and goes below the initial level when the MITTS was created, you get the entire principal, or amount that you invested, back without any loss.

Here Is a Quick Example

Let's say you wanted to invest in something tied directly to the S&P 500 Index at the beginning of 2008 before the economic crash. You could have used the SPDR S&P 500 ETF (NYSE: SPY) or one of the MITTS offered by a major bank or financial institution.

If you chose the ETF, you would have seen up to a 40% loss over the course of the year.

If you chose the MITTS, you'd have no gain, but you would have all the money that you'd invested back once the MITTS matured at the beginning of 2009.

This makes MITTS invaluable tools to hedge against disasters. If investors had chosen only an ETF, they would have been not only out the profits but also out the money that they would have received once the MITTS matured.

Now, let's look at 2009 when finances weren't so tenuous. The SPY and MITTS would both see gains of 26% over the year.

But the gains go higher.

In 2013, you could have cashed out for 62% with an HSBC sponsored MITTS investment tied to the DOW Jones Industrial Average.

A serious issue with our MITTS explanation so far should be apparent. You only get the principals for MITTS when they mature. You cannot (generally) cash out early.

However, you must consider a fact from above: MITTS are traded like stocks.

So, even though you can't remove the cash until it matures, you are still going to make profits. This makes MITTS good choices for a wide range of investors.

Some people inevitably are willing to take a loss to move money out of a position. Whether they need the money to cover losses elsewhere or believe that they have more profit potential elsewhere, sometimes MITTS are traded below their intrinsic values.

This variability in the MITTS' “stock value” gives investors the chance to lock in a guaranteed gain if they are willing to hold on until maturity. They may also sell their position once the underlying index rebounds and rises.

And this makes MITTS an interesting, no-risk way to be bullish on the underlying index.

Bank of America issued an S&P 500 MITTS due on February 28, 2014, listed under MGJ on the NYSE. When it was issued, it cost $10 per unit and Bank of America guaranteed a 100% return on the principal investment.

If the S&P 500 tanked before the expiration date, MGJ could have come down and gone below the $10 per unit guaranteed return. While this isn't common, one MITTS did just that in May of 2009. The guaranteed return was $10, but it dipped to $9.80 per share.

This situation provided an opportunity for investors to use the MITTS to guarantee a 2% return when it matured. Any returns from the subsequent recovery and rally of the S&P 500 would add to the return.

Peace of Mind in Long-Term Investing

MITTS may not be perfect for everyone because of the relatively long time that it takes for them to mature. Virtually all MITTS are issued with five-year terms. However, with their no-risk approaches to index investing, MITTS can serve investors extremely well, especially when they don't know how uncertainty in the market will pan out.

If you ever find yourself wondering how to protect your retirement account or capital during a market downturn, don't forget to check out Market Index Target-Term Securities.

Wealth Daily is going to be keeping an eye on the markets and continue to find overlooked and unconventional ways to confidently invest and capture gains — whether we're in a bearish or bullish market.