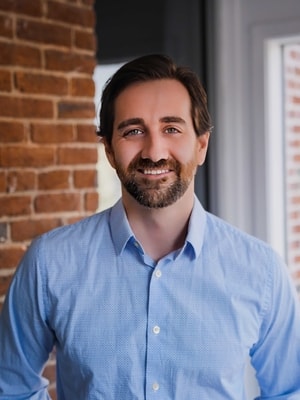 Jason Williams graduated cum laude from the University of Baltimore’s internationally accredited Merrick School of Business, where he studied finance and economics. After earning his Bachelor of Science, he immediately went to work for the U.S. military, helping design and analyze complex projects. Here he developed lasting relationships with civilian researchers, military contractors, and both officers and enlisted soldiers who continue to help him keep a close eye on what's going on in D.C. Jason decided to make the jump to the private sector and pursue his true passion of business and investing not long after developing a new cost-saving process that better allocated resources across the global network of U.S. Army bases.

He got his start in the financial world directly inside the belly of the beast as an investment banking analyst for Morgan Stanley. It was a baptism by fire and a master class in wealth taught by the world’s richest people. It was here, as well as in post-graduate work at Harvard Business School, that Jason made the connections and built the network that would help him start his own family office and make his first angel investments. Through his extensive travels researching public and private investment opportunities in Europe, South America, Central America, Canada, and the U.S., Jason further built his network of CEOs, billionaire investors, startup founders, and serial entrepreneurs who help him find the best investments before the rest of the crowd gets there.

Now, Jason’s left the world of Wall Street behind to assist you with the same strategies he used to help the ultra-wealthy get even richer.

In addition to being the managing editor of Wealth Daily, Jason authors The Wealth Advisory stock newsletter in which he helps investors beat the same pros he used to work hand in hand with on Wall Street. Through his algorithmic trading service, Alpha Profit Machine, Jason helps investors harness the power of data and use it to beat the markets time and time again.

He is the founder of Main Street Ventures, a first-of-its-kind pre-IPO investment advisory service in which he shares the network he spent the past two decades building so you can find and invest in the next breakout stock before it hits the open market.

And on top of all that, Jason also leads the all-star team responsible for Future Giants, a nanocap advisory service in which he focuses on finding the next industry leaders while they’re still trading for pennies on the dollar.

Why Amazon Bought iRobot and How YOU Can Profit

We're Living in a Turducken!

Tomorrow’s Fortunes Will Be Made TODAY

Recession IS Coming: Do These 3 Things ASAP!

How to Become a Billionaire

The ONLY Way to Protect YOUR Money

Inflation HAS NOT Peaked

“The Rent Is Too Damn High”

Get That Dry Powder Ready!

When the Bubble Breaks

Posted on June 24, 2022
Buffett's Envy: 50% Annual Returns, Guaranteed
Warren Buffett once told investors at an annual shareholder meeting, "...it's a huge structural advantage not to have a lot of money. I think I could make you 50% a year on $1 million. No, I know I could. I guarantee that."