Why Air Conditioning Stocks Are Heating Up

Triple-digit summer temperatures, though uncomfortable, are not new to this region. And most public buildings here are equipped with central air conditioning to help people escape the heat.

But this recent heat wave was not limited to the U.S.

Temperatures reached 102 in Paris and 101 in Beijing last week. And they likely will again in future summers as average global temperatures increase... 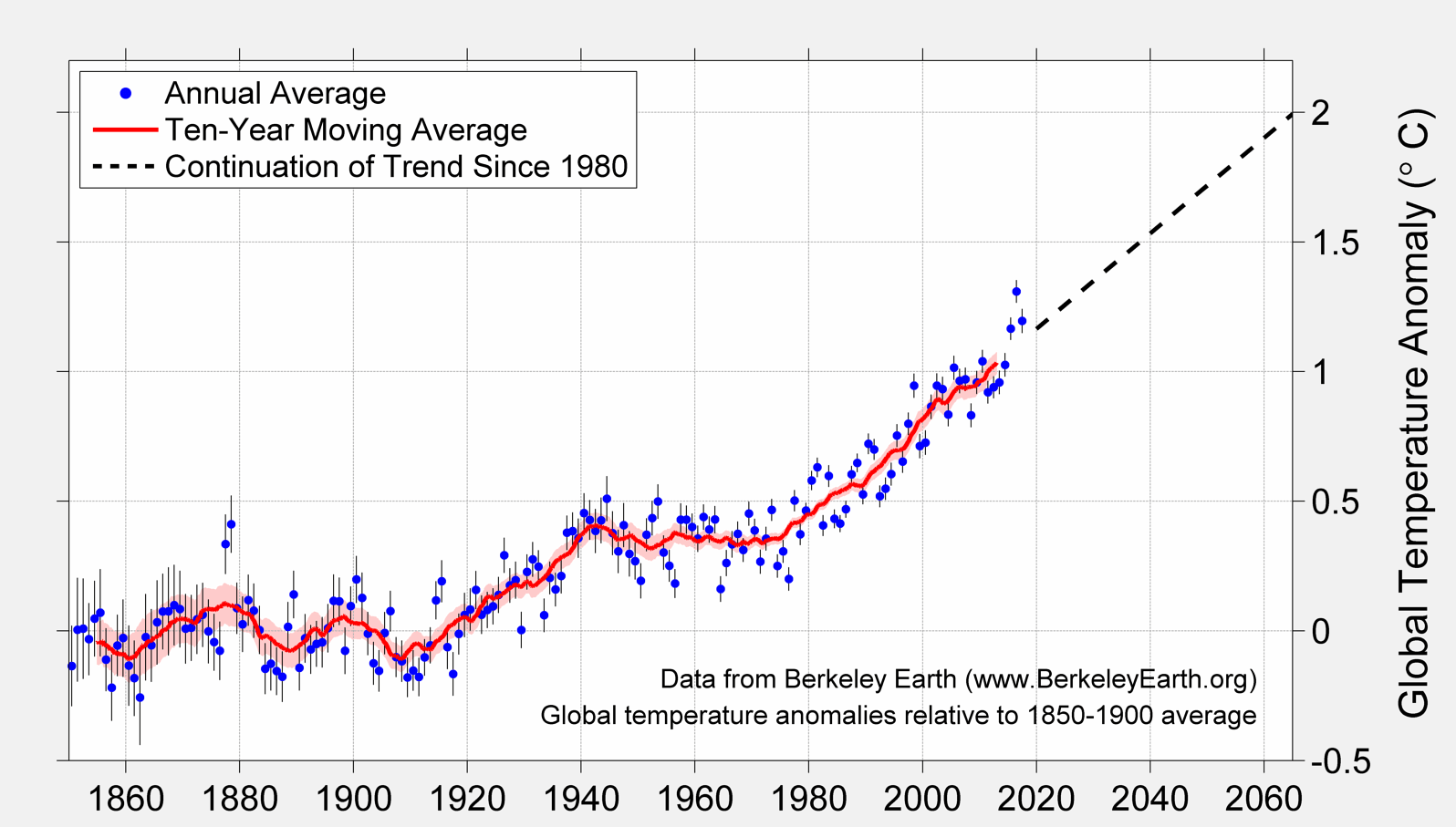 All over this rapidly warming world, cities that usually stay cool enough not to require air conditioning are learning what triple-digit-Fahrenheit temperatures feel like.

In the process, they’re creating an investment opportunity in a robust part of the industrials sector: heating, ventilation, and air conditioning (HVAC).

Why Air Conditioning Stocks Stay Cool During Periods of Uncertainty

Rising temperatures aren’t the only tailwinds boosting HVAC firms. The segment is positioned to ride out the current trade war — as well as a potential downturn in the near future — better than just about any other kind of industrial stock.

The U.S. is currently the largest market for HVAC products and services (though that’s changing, as we’ll discuss in a moment). And we still manufacture a high proportion of our HVAC equipment at home. As a result, air conditioning stocks are much more protected from tariffs than other industrial stocks.

Carrier, a soon-to-be-spun-off unit of United Technologies (NYSE: UTX), is the largest brand of HVAC equipment in the United States. It assembles all of its products domestically. Trane, a subsidiary of Ingersoll-Rand (NYSE: IR), is another leading HVAC brand that can make the same claim.

HVAC businesses also benefit from inelastic demand, or constant demand for their products regardless of price or consumer incomes.

Some regions with hot climates, such as the state of Florida, require buildings to have working HVAC systems in order to be deemed habitable. And the majority of HVAC sales are made up of repairs and replacement parts, so the industry doesn’t depend on new construction for revenue.

In other words, the HVAC business model is largely recession-proof, and it’s less vulnerable to short-term trade war-related disruptions than other parts of the industrials sector.

But in the long term, air conditioning stocks could see their international revenues grow rapidly...

Those extremely low adoption rates aren’t a product of poverty — they’re due to a historical lack of necessity.

The number of air conditioners on the continent is expected to double in the next couple of decades, according to the International Energy Agency (IEA), and many of those new air conditioners will come from U.S.-listed companies. 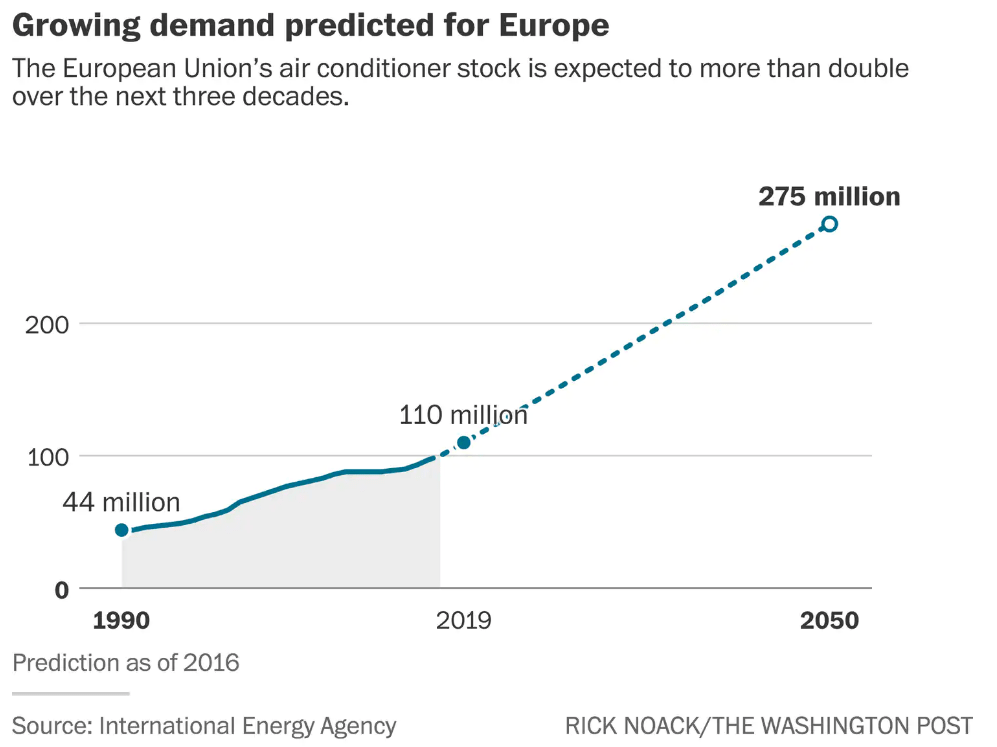 Given the U.S.’s continuing dominance in HVAC manufacturing and the skyrocketing international demand for air conditioners, HVAC could soon be one of America’s fastest-growing exports.

There are a variety of stocks that provide easy exposure to the HVAC market, including a couple pure plays.

Carrier’s parent, electronics and engineering conglomerate United Technologies (NYSE: UTX), is in the process of breaking itself up into three companies. Carrier will become an independent publicly traded company focused entirely on HVAC equipment. The breakup is expected to be completed by the end of next year.

Lennox International (NYSE: LII) is another HVAC pure play. Though richly valued at 28 times earnings, Lennox has steadily grown its annual earnings per share (EPS) for the last few years, and it pays a reasonable 1.03% dividend at a low payout ratio.

The firm has a reasonable valuation — trading for just 16 times earnings — and has grown EPS by more than 20% in the last year. It also pays a 2.53% dividend, which accounts for less than half of earnings.

Ingersoll-Rand (NYSE: IR) is a diversified manufacturing company that is not solely focused on HVAC but is a major player in the space and is worth a look given its rapid EPS growth (earnings are up 70.83% in the last year) and 1.73% dividend, which accounts for just a third of earnings.

These four stocks have handily beaten the S&P 500 over the last few years. And if you look at their performance during and after the Great Recession, the resilience of the HVAC business model really shows: 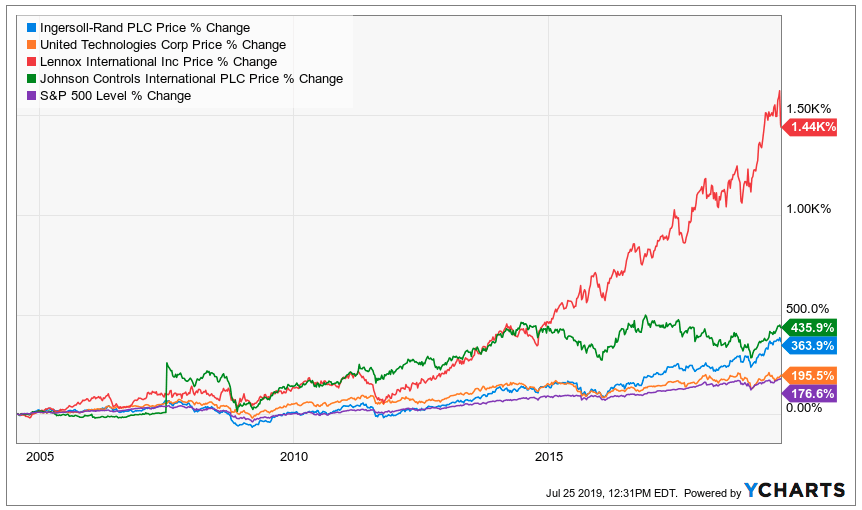 All in all, air conditioning stocks comprise a recession-proof and trade war-proof segment of the industrials sector. They also provide a profitable play on the effects of worldwide climate change.

But if you’re looking to make money preventing climate change rather than profiting from its effects, check out Green Chip Stocks. Investment director Jeff Siegel has been bagging triple-digit gains for years on companies that are working hard to save the planet. Click here to learn more.