Who Wants to Be a Millionaire!?

I really can’t believe it’s already December. The years really do fly by.

I mean, there’s a ton packed into them, and I feel like I’ve lived a lifetime in the past 12 months.

But still, it feels like just yesterday I was making predictions and creating Top Ten lists for 2022.

And now here we are at the end of it.

December brings a more personal end to the year for me because it’s my birth month.

So it’s also the end of another year for me on planet Earth (and not just because the calendar says so).

And birthdays are a good time to take a step back and see where we are, think about where we’ve been, and plan how to get where we want to go.

Don’t worry, this isn’t some Buick commercial and I’m not about to do my best Matthew McConaughey…

I’m not going to make you go through the exercise of thinking about where you’ve been or comparing it to where you are, either.

I don’t know if you’ve ever read it or seen the film or even heard of it, but there’s a movie that became a book called The Secret.

And besides going in the opposite direction that things usually progress (from movie to book instead of vice versa), it is a complete waste of time.

The whole thing boils down to thinking positive thoughts.

Now, that revelation isn’t a waste of time…

Positive thinking can and will have a positive impact on your life.

It’s the few hours the movie takes and the few thousand pages the book takes to get that message across that were a waste.

And while positive thinking will get you far in life, it won’t get you everything.

To get the rest, you need to act, not just think.

But the action you need to take is amazingly simple!

It’s so simple, in fact, that you’re probably not going to believe me…

But you already know me well enough to know that I’m going to tell you anyway.

The action you need to take, the real secret to achieving your dreams, is to save your money.

Save and invest, and do it for years. You’ll be a millionaire.

You put that money into an ETF or mutual fund that tracks the stock market.

Are you starting to see how easy it really is to be a millionaire?

It’s all about saving money, investing that money, and letting time do the hard part.

Which is why smart investors always remember that time in the market is far more important than timing the market.

But what if you want more than a couple million dollars? Well, you can keep working and keep saving.

Most of us end up working for more than 25 years. I’ve already been working for 25 and I’ve got at least 25 more left in me. 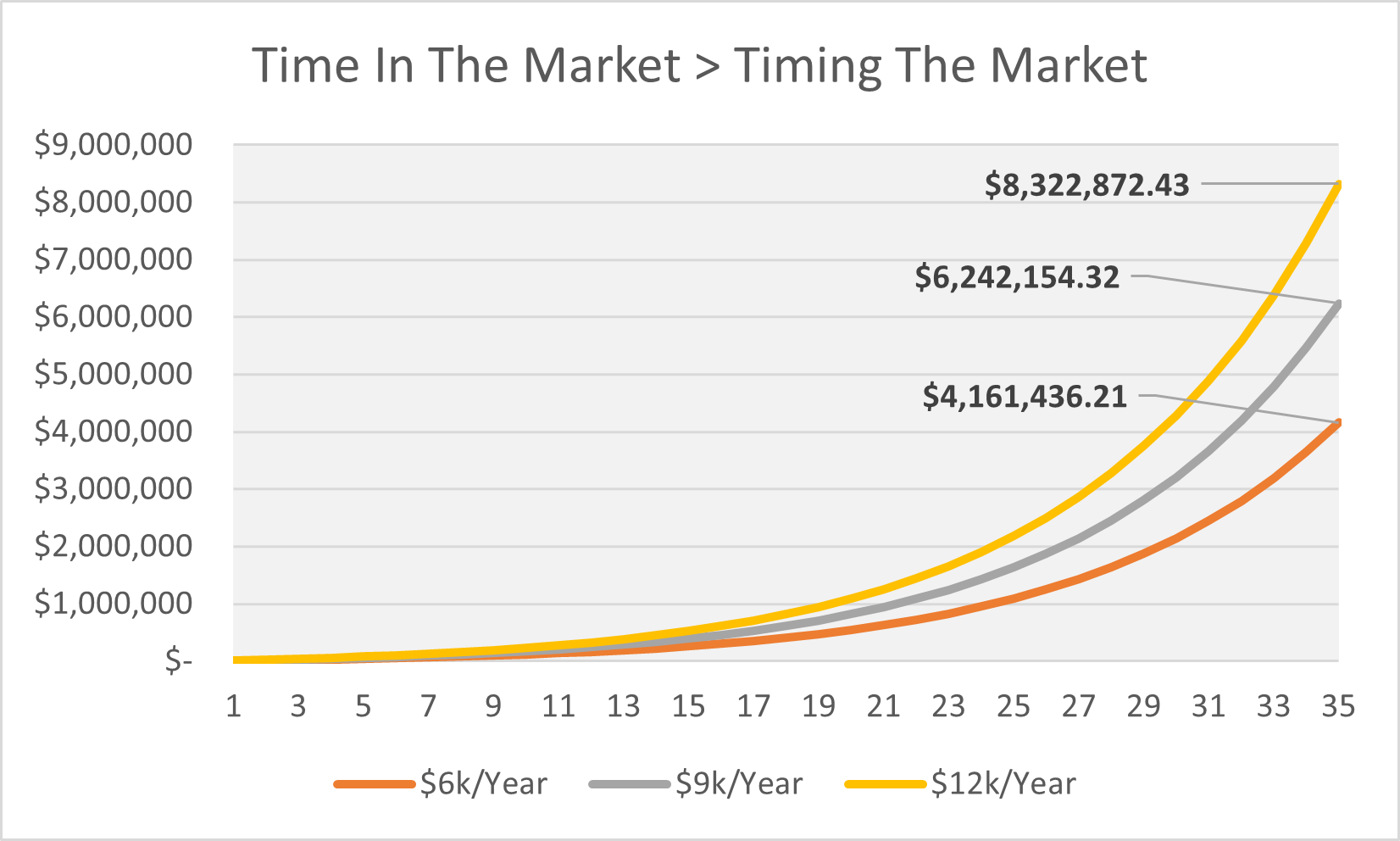 You notice how the longer you save, the bigger your gains get?

But any way you slice those contributions, you’re a multimillionaire thanks to compound interest.

Because you’re using time to your advantage, you’re making money on the money that your money made!

I Want to Keep It All

OK, so now you know how to become a multimillionaire. And you know it’s easy.

You save for 35 years and then you’ll have as much as $9 million stashed away.

But do you really want to spend it after working that long to accumulate it?

If you invest in regular stocks, you’ll have to. I mean, you can’t spend a stock.

So you’re going to have to sell your shares if you want to spend any of that money you wisely saved.

Then you get to watch your savings grow with the power of compound interest AND you get paid a steady stream of reliable income while you get richer and richer.

So, to get you off on the right foot (or to add to your already growing riches), I want to share my favorite steady income stream with you…

The payments have grown every year for the past nine years (this year will make number 10).

The next payment is coming in just a few weeks, on December 14!

And I expect this to be the biggest payment ever made!

All you have to do is get your name on the list and let them know how much you want to get.

And it fits perfectly into that super-easy strategy I just taught you on how to become a millionaire (and stay that way).

So check it out today and get yourself invested for the future!