When the Bubble Breaks

Look. It’s pretty bad in the markets, and nobody can really tell you when it’s all going to end.

Inflation looks like it can keep running, but the economy is looking pretty exhausted and I don’t know how much interest it can carry.

It’s hard times, for sure. And they’re likely to get harder before they get softer.

But there’s good reason to remain calm and even hum a happy little tune to yourself today.

Would you believe that once upon a time, stodgy old gold that barely moves a few percent a year was in the midst of an epic bubble?

Well, it was, and here’s what that bubble looked like as folks speculated the prices higher and higher…

Just before they sold the bottom out of the market: 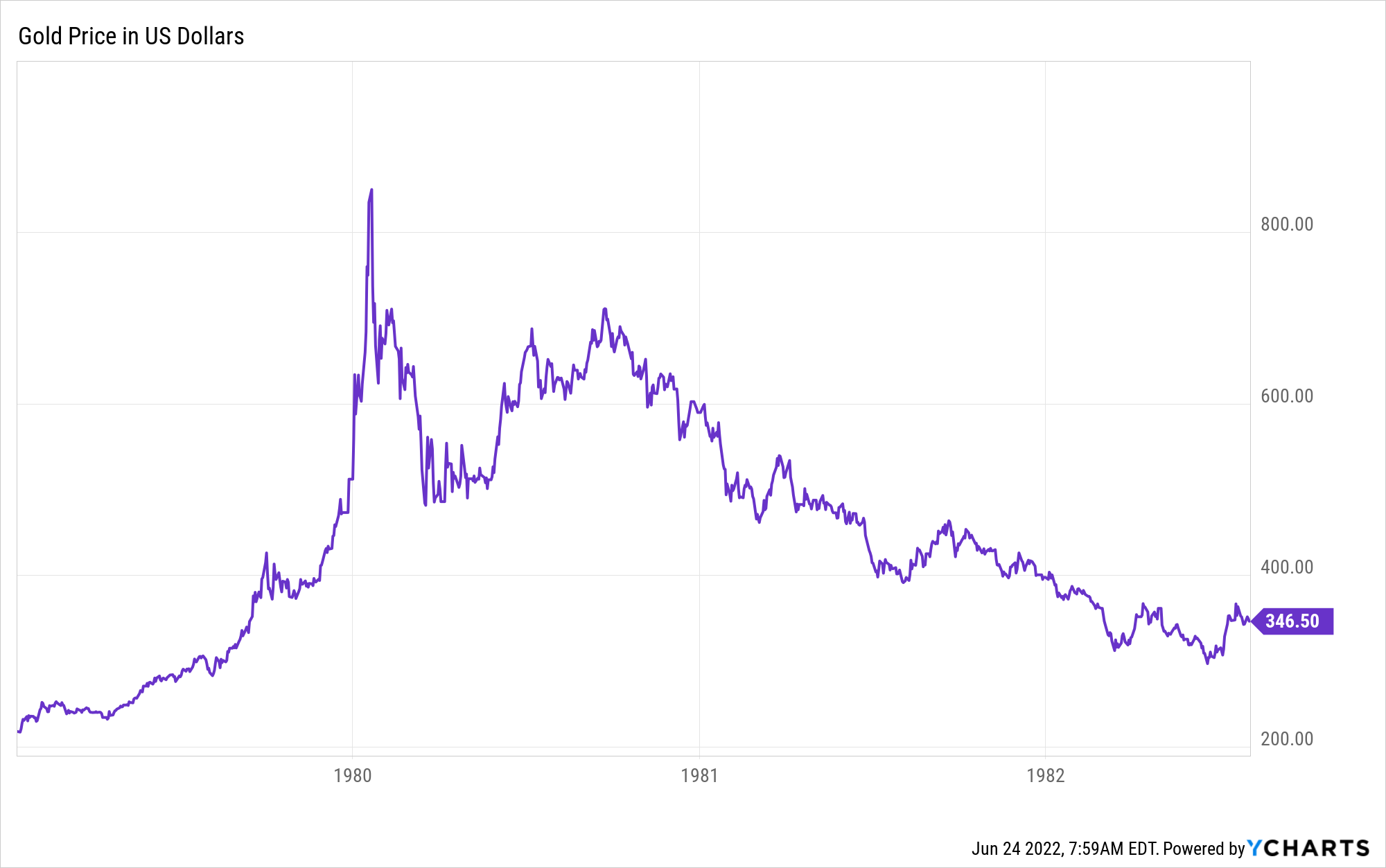 Only to crash back down around $300, wiping out millions in speculative bets.

But what if you’d bought gold right after that bubble had popped? Well, you’d be sitting pretty right now… 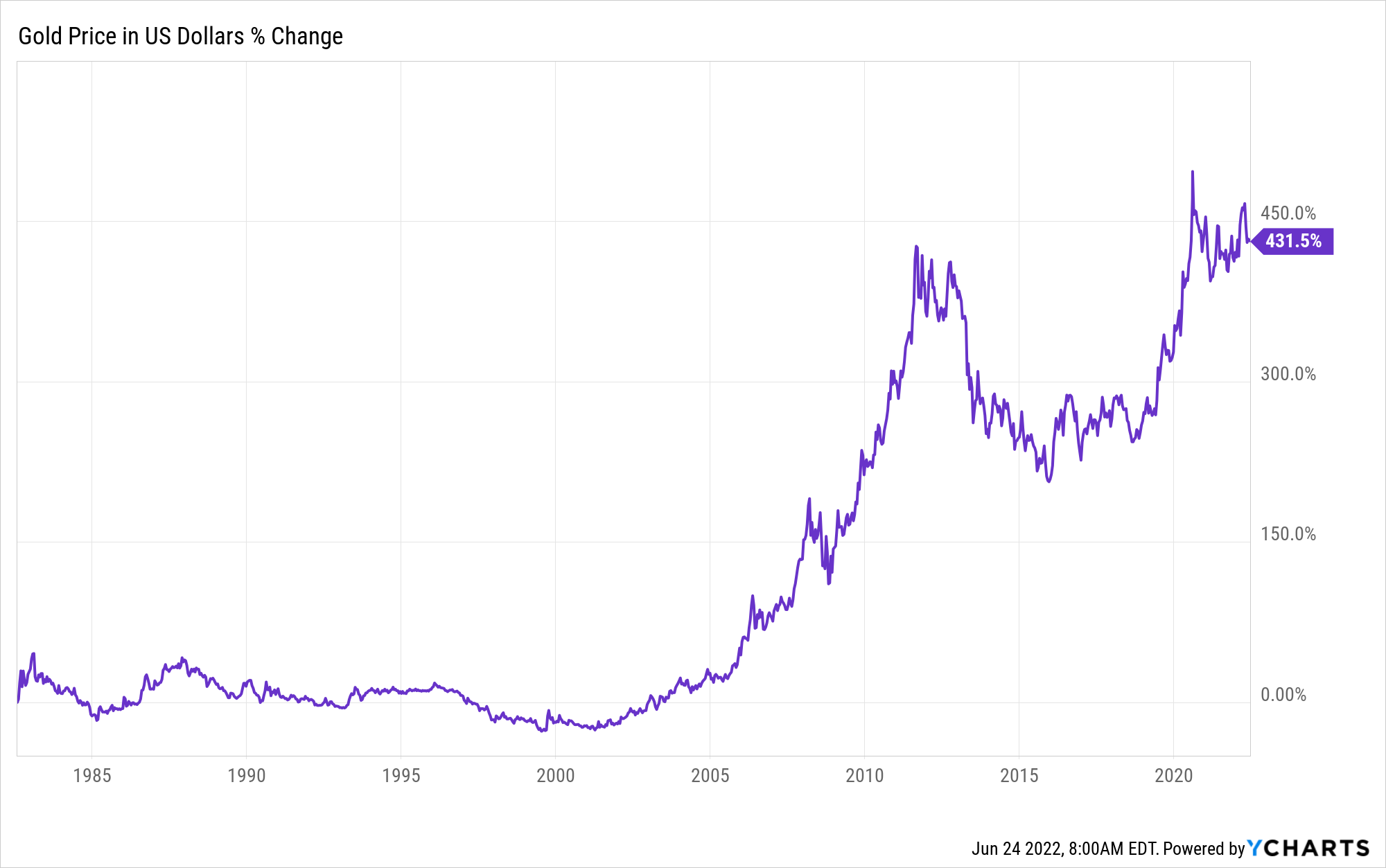 You’d have missed the bubble, missed the crash, and still captured a 400%-plus gain.

The lesson here: Don't ever think that just because an asset was in a bubble and said bubble pops, you can’t make money off that asset again.

Markets overreact in both directions.

Euphoria sends prices up higher than they should be and misery sends them down lower like a pendulum that never quite hits on dead center.

The gold bubble happened just at the start of my life, so maybe you don’t remember it. But this one you surely will…

I’m talking about the dot-com bubble that blew up anything even remotely related to the internet back in the late 1990s.

After inflating for years, it popped in epic fashion and wiped out literally billions of dollars of newfound wealth: 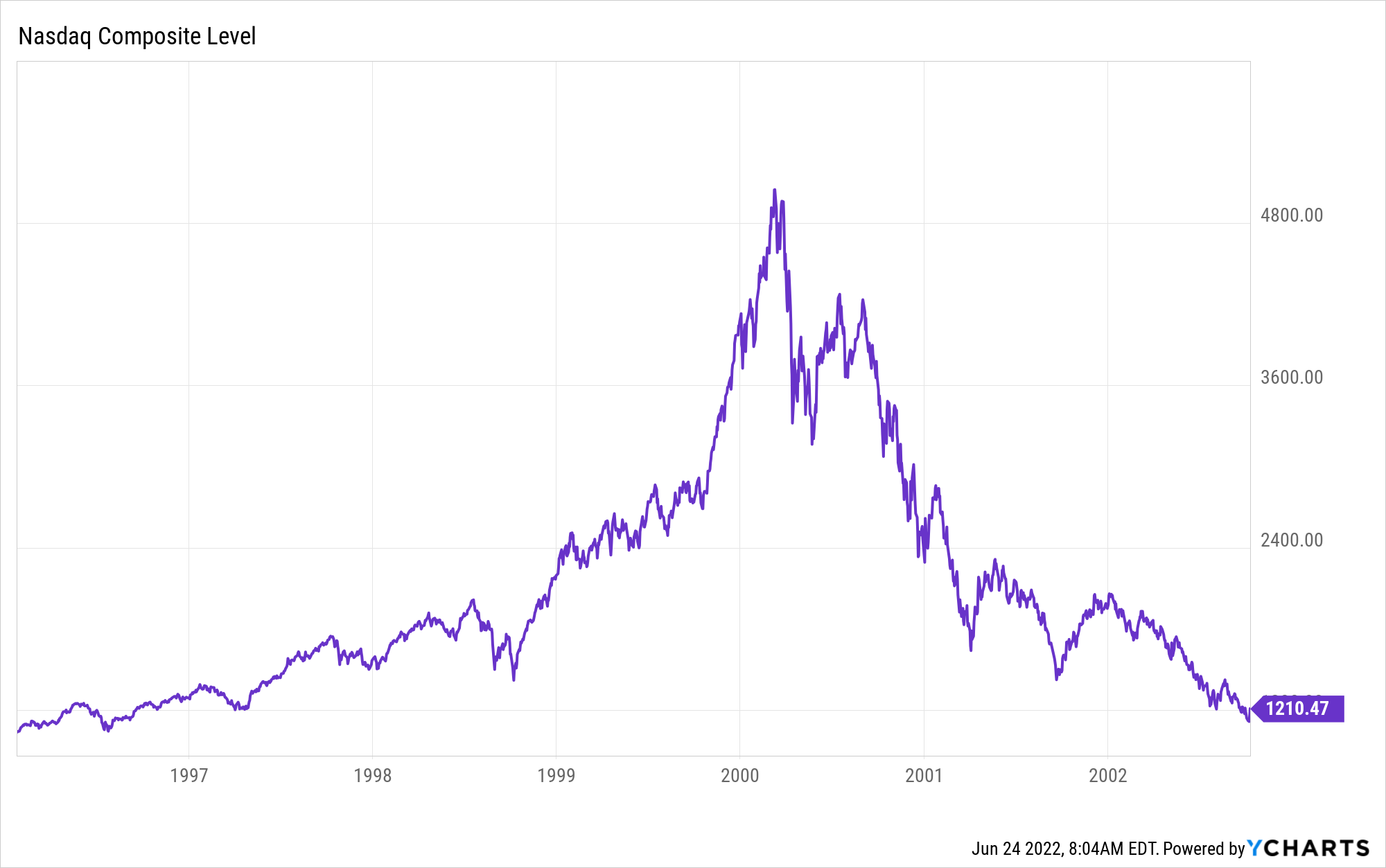 That’s practically a lost decade for anyone who rode the wave from start to lackluster finish.

But what about those who looked through the carnage and saw value shining through? 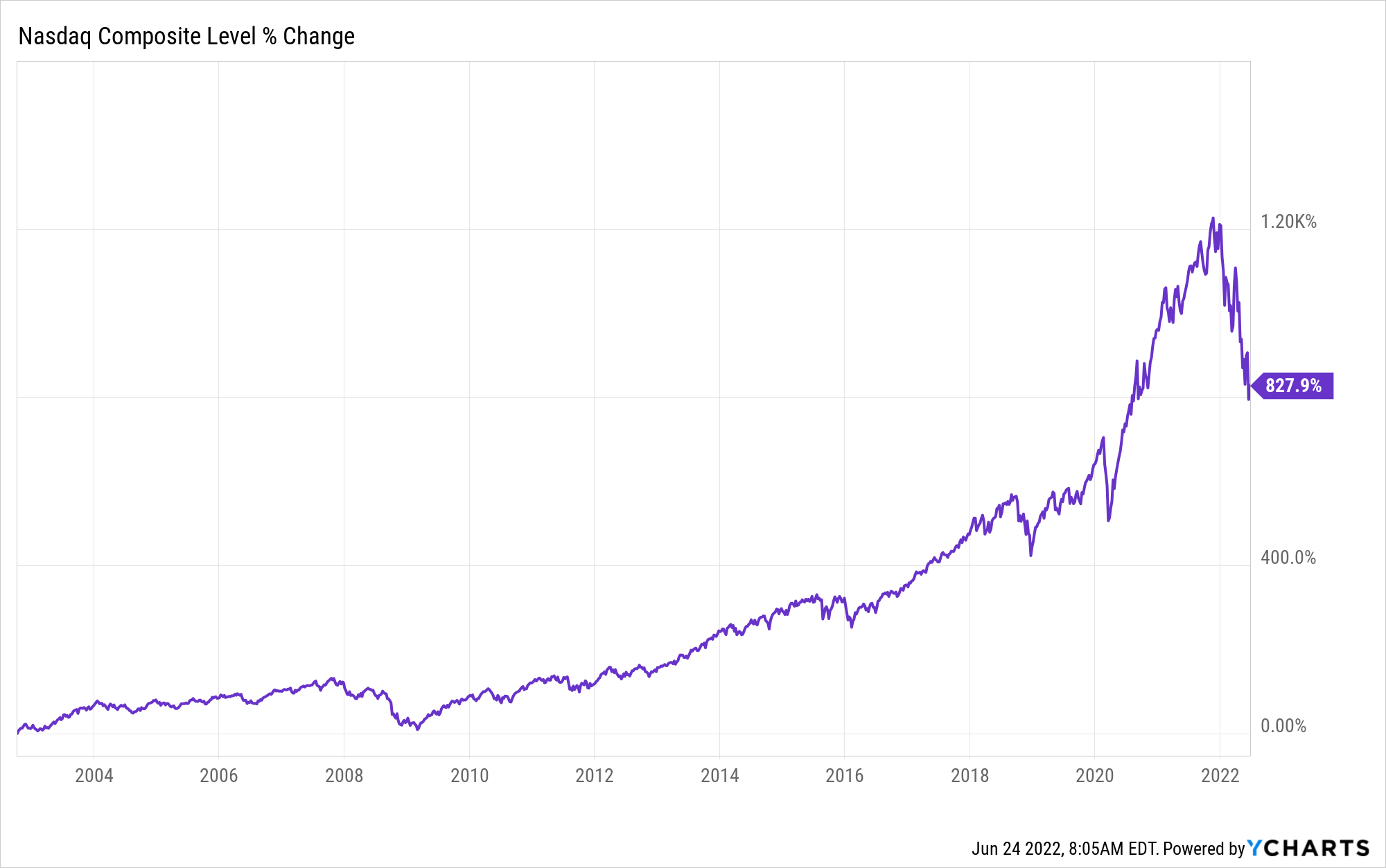 Even after this year’s massive drop for the tech-heavy Nasdaq, they’re still looking at nearly 1,000% gains!

I feel like I’m making my point here pretty well, but before I leave you, I’ll share one more example…

Back in the early 2000s as the tech bubble was deflating, a new bubble was forming.

Thanks to super-low interest rates and flexible loan terms, a real estate bubble was quickly developing.

And like all bubbles, it eventually got too big for the surface tension to hold and popped all over everyone.

It led the country and then the world into a recession.

And it wiped out trillions of dollars of wealth as millions of homeowners found themselves underwater and foreclosed on: 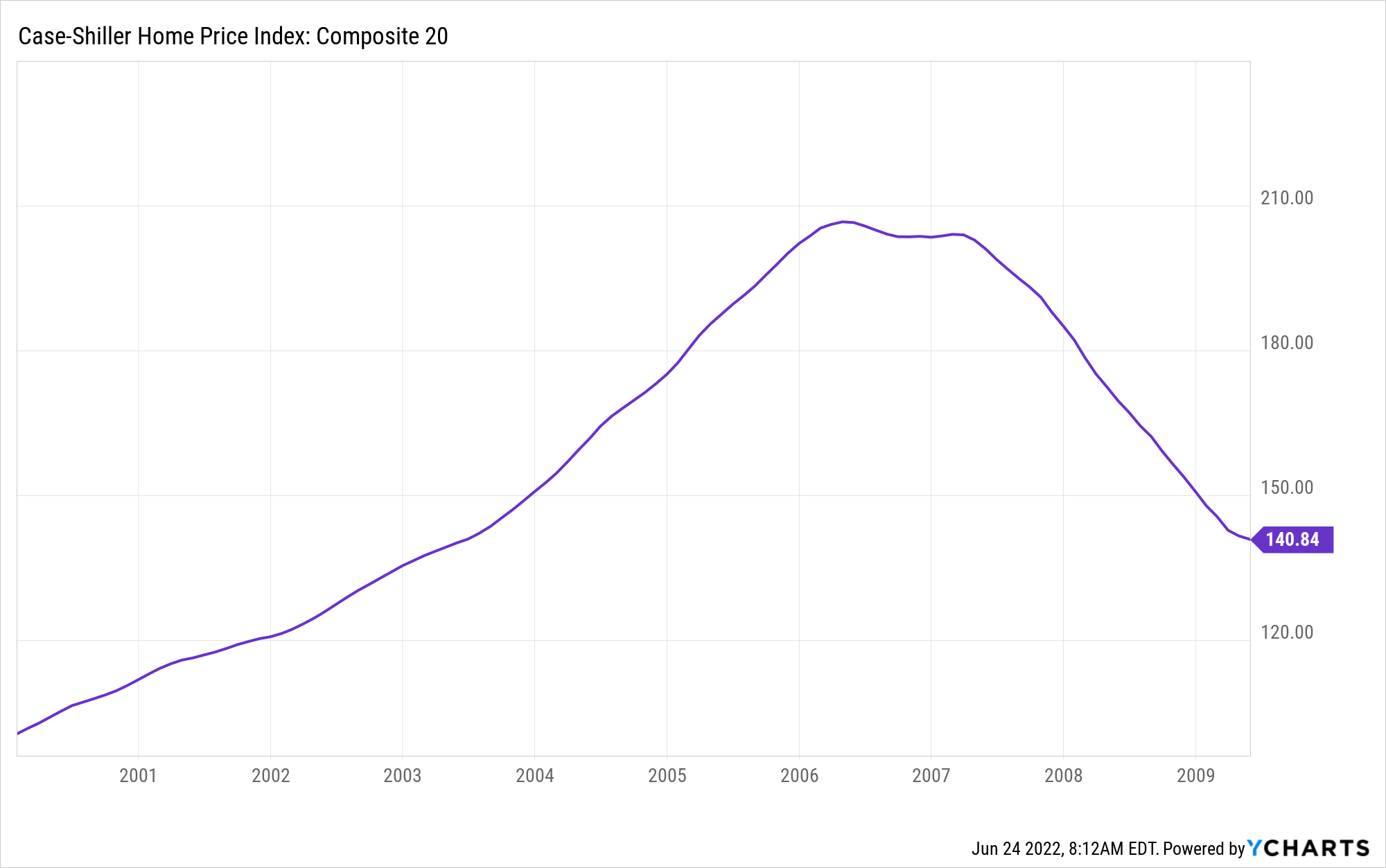 But after the bubble popped, there were a lot of deals to be had in the housing market. And because of the recession, rates had dropped again. 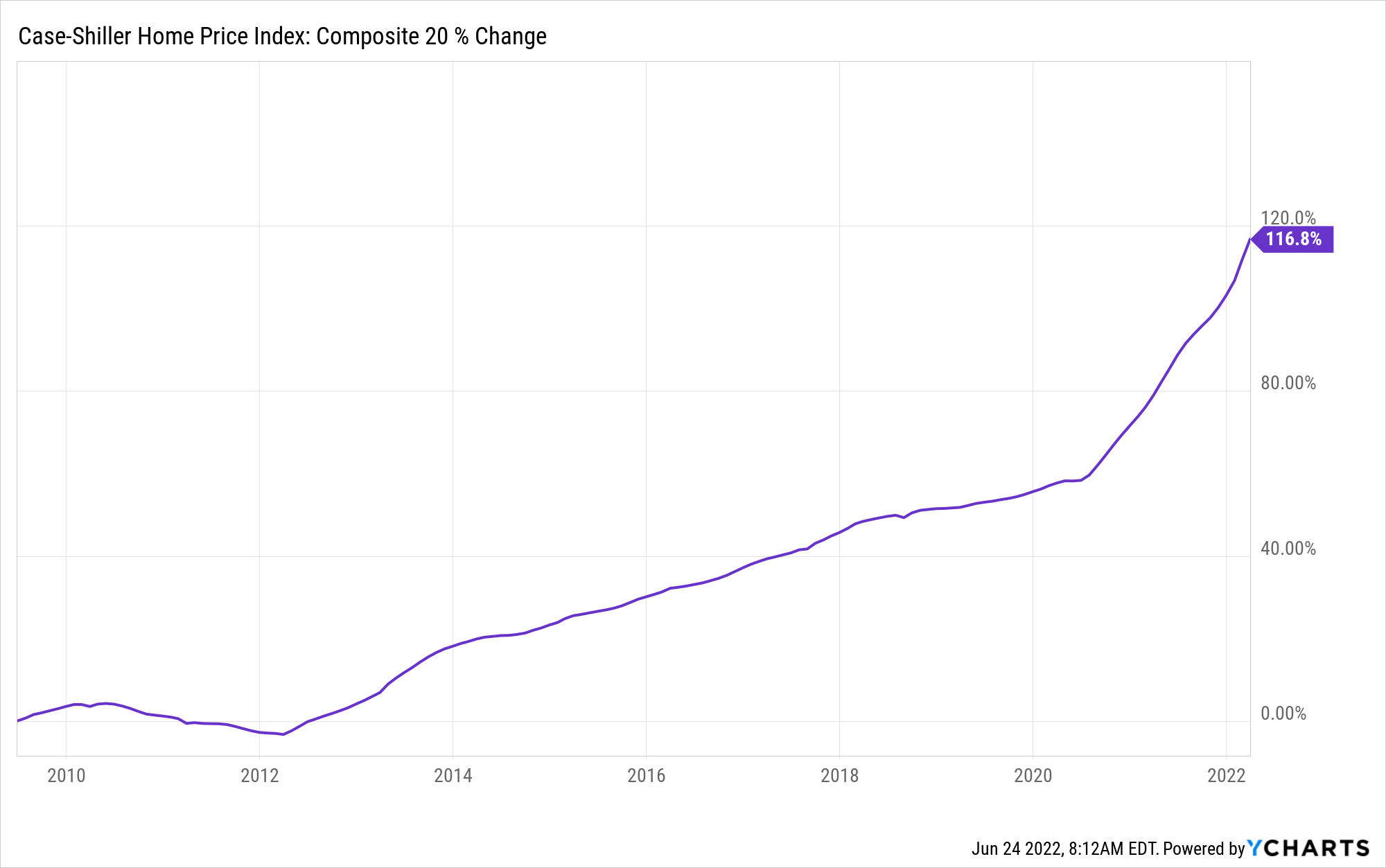 On average, our houses are worth double what we paid for them a little over a decade ago.

The lesson here is the same as the other two: Just because a bubble forms and then pops doesn’t mean there wasn’t real value in those investments.

And the bottom line I’ll leave you with is that markets go up and down. And after they go down a lot, historically, they go back up a lot too.

When a bubble pops, be it in gold or housing or tech stocks — or everything, like this last one — investors who remain calm and keep their long-term focus are the only winners.

And investors who are bold enough to wade through the wreckage and sort out the treasure win even bigger.

So don’t panic. Don’t sell everything. And most importantly, don’t give up.

It’s not a rigged game. It’s just not slow-pitch softball, so you’re going to have to work a little.

Patience is a virtue. Time is your ally. And losses aren’t real until you make them real.

So stick to your guns and keep your eyes out for my and my colleagues’ articles.

We’re here to help you get through the worst of it and come out the other side smelling like roses and grinning like a butcher’s dog.