We're Living in a Turducken!

You ever hear of a turducken? It’s a fowl-filled delicacy I’ve only seen in pictures.

It involves stuffing a turkey with a duck that’s been stuffed with a chicken. 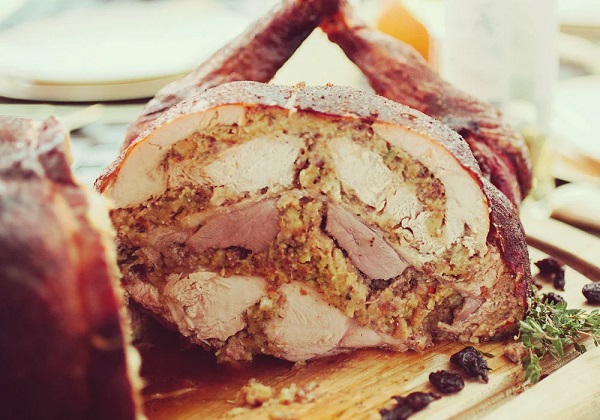 Lots of poultry in there.

And I’m feeling like we’re living in one… kind of.

You see, I’m reading all sorts of headlines about how the Nasdaq just entered a bull market…

But it’s still down nearly 20% for the year!

So what the actual heck? Are we in a bear market or a bull one?

Well, technically, we could be in both at the same time. Like a financial turducken of sorts.

A bear market means an index has fallen 20% from its peak. And right now the Nasdaq is just outside that range: 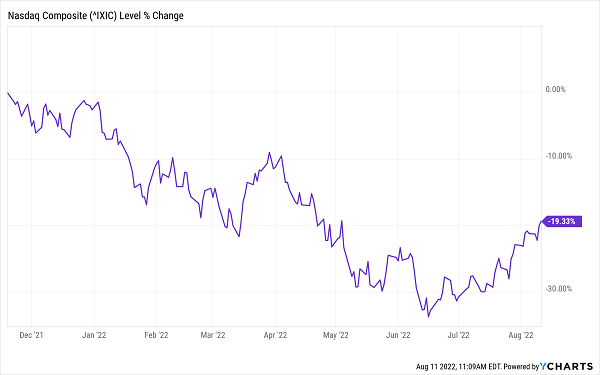 You see, the rally we’ve been on since the June 16 lows took the index back up and technically out of bear market territory.

And that rally has been so strong that it’s started a new technical bull market: 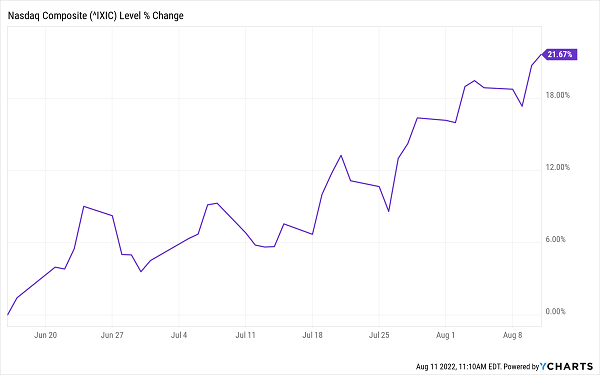 That’s because a bull market is defined by a 20% move up off closing lows. And that’s what we’ve seen.

Now, the Nasdaq could pull back a little bit and get back into that bear market territory from the last peak AND still maintain that 20% gain off the lows that marks a bull market.

If that were to happen (or if it already happened while I was writing), then we’re in a bull market within a bear market.

And while that might sound strange, it’s nothing new. In fact, the last time we saw a real recession, this is EXACTLY what the Nasdaq did.

And that’s why I’m not ready to say this is a new bull market. That’s what they said last time and they were very wrong.

You see, back in late 2008, the Nasdaq staged a massive rally off its lows that established a new technical bull market. 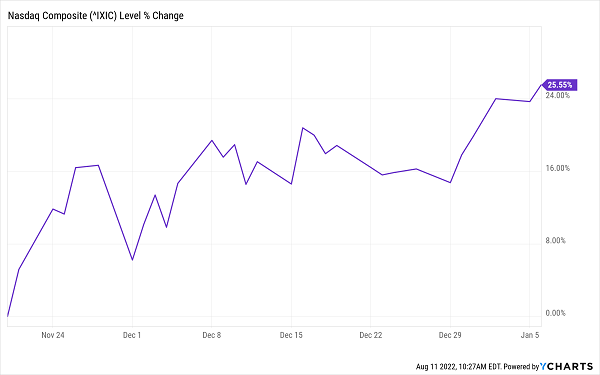 And that bull market came right in the midst of the worst crash we’d seen in decades. And pundits were falling over themselves to tell people to get back in, that the worst was over.

Articles were all over the internet with headlines and quotes like this:

I probably don’t have to tell you what happened next. But I will anyway…

The markets went up for another couple of days. And then they really crashed!

They went even lower than where they’d been before starting that new bull market all the pundits were raving about. 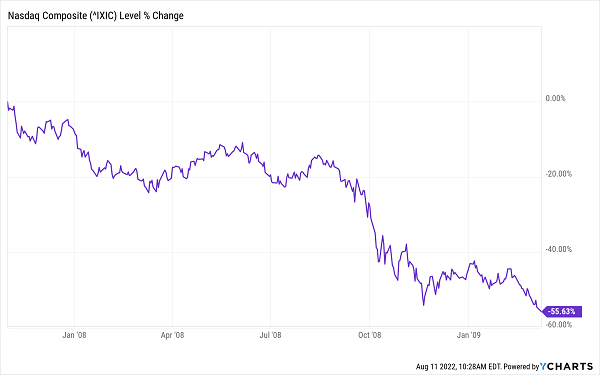 And as I sat down to write this yesterday, I was seeing a lot of the same headlines and quotes about a market bottom being in and a new bull market forming.

I was hearing things about how all the growth investors are out and now it’s all about real value.

And I was hearing it was time to go all-in on tech companies again as they soared up the charts.

But I remember what happened last time. I remember the optimism that came too early.

And I remember the devastation that followed.

The people who listened and went all-in back in January 2009 ended up losing another 22% before the market really bottomed: 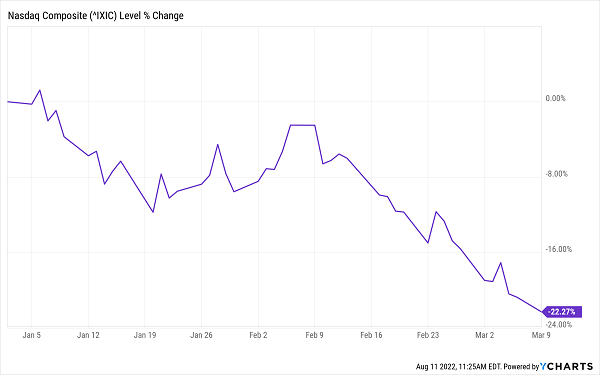 And that’s about where I see us now.

Despite what the president might want you to think, inflation is still very much here. It has not peaked.

It may be consolidating before another move up, though.

But that’s part of the confusion driving people to jump in on this bear market rally.

They think inflation has peaked and is cooling off. And that means they think the Fed will cool off on its rate hikes as well.

But that’s wrong. Even if inflation is cooling, it’s not falling fast. And the Fed has a target rate of 2%. It’s got a long way to go from 8.5%. And that means more rate hikes.

It also knows that there’s a chance rates will have to be cut again in the future. But in order to do that, it’s got to get them high enough to have some wiggle room.

We’re not there yet either. I see another 75-basis-point hike coming next month, followed by a couple of half-percent hikes to get us into 2023.

Once we get there, we’ll have some room to cut them if needs be (and I’m guessing needs will be).

So I think we’ve got another leg down, and I’m pretty sure it’ll be as big on the way down as it has been on the way up.

And I’m not jumping on board with the mainstream narrative that all is well and good.

I read those earnings transcripts. Every CEO on the planet is preparing for an economic slowdown.

I find it hard to believe that none of them know their businesses as well as Jerome Powell, Janet Yellen, and Joe Biden do.

So I’m taking advantage of this bull market in a bear market to unload a few speculative plays that are rallying for little reason.

And I’m keeping my eyes out for real value that’s been tossed out with the trash.

I’m helping my investors nail down the companies with the most potential to survive the coming drop and thrive in the real bull market that will follow.

And I’m helping them secure steady, growing income streams so we’ve got extra cash to invest when the bottom really comes.

And I’m keeping a very close eye on the trading system that’s helped me stay ahead of the markets this year and kept my account flush with cash while everything else went down the toilet.

I think you should too.