Sometimes the stock market can really toy with our emotions. Especially when it whipsaws between all-time highs and spectacular losses, like it has over the last month.

Less than two weeks later, the market was shaken by tighter-than-expected Fed policy and escalations in the U.S.-China trade war — and the index fell almost 6% in the span of a week. 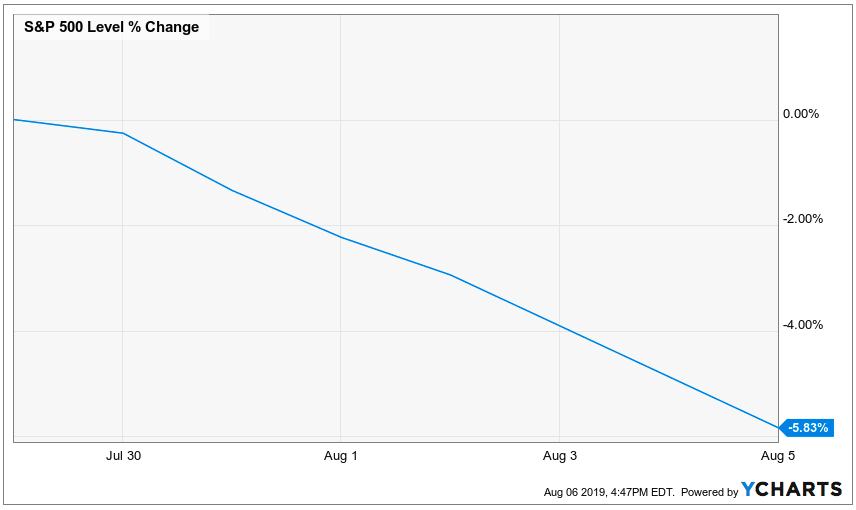 In times like these, it would be nice to have investments that you’d never be tempted to prematurely sell. Holdings that you just wouldn’t worry about, through feast and famine.

Obviously, no investment with a positive real return is perfectly safe. But certain stocks are pretty darn close.

Over the last week, Wealth Daily’s research team has been debating which stocks those are. More specifically, we’ve been asking each other the question, “If you had to buy one stock that you couldn’t sell for 30 years, what would you buy?”

Today and tomorrow, we’re going to highlight two very different stocks that were both popular answers.

These two companies have almost nothing in common when it comes to their products, industries, and business models. But what they do have in common is a position in the market that should be safe for at least three decades.

Today’s company deserves an introduction from one of the 20th century’s greatest thinkers:

Do you realize that toilet paper has not changed in my lifetime? It's just paper on a cardboard roll, that's it. And in ten thousand years, it will still be exactly the same because really, what else can they do?

Really, What Else Can They Do?

We’re talking about Kimberly-Clark (NYSE: KMB). And George has a point. Toilet paper is toilet paper; it’s hard to find a better example of a boring staple everyone needs. People buy and use the same amount of it whether the economy is growing, shrinking, or going sideways.

With that in mind, it’s not surprising that Kimberly-Clark’s revenues have steadily grown at a faster rate than inflation or population growth. They’ve quadrupled over the last 30 years, and they’re likely to do the same over the next 30 years. 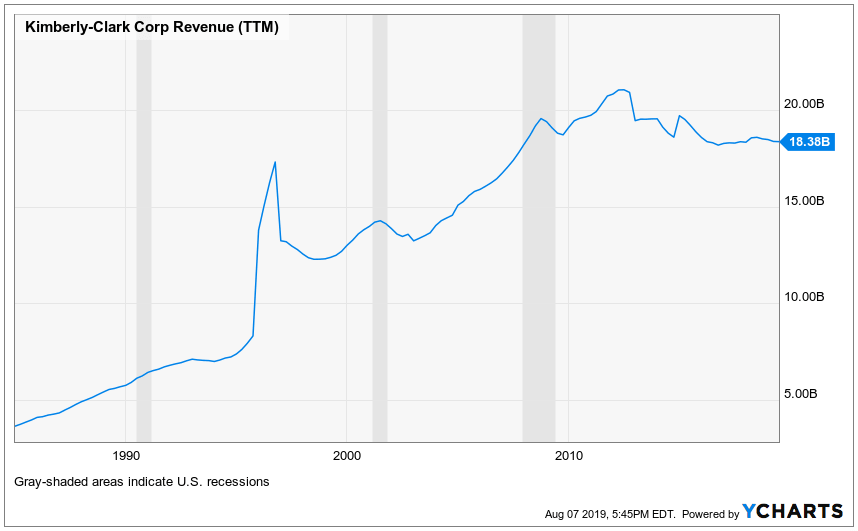 Kimberly-Clark owns three of the top 10 brands of paper products in the U.S.: Scott, Kleenex, and Cottonelle.

Only Procter & Gamble has a larger domestic market share. (Procter & Gamble also has substantial interests in riskier industries like pharmaceuticals, so it’s less useful as a play on staple paper product demand.)

But Kimberly-Clark’s business model isn’t even the main reason I’d buy it with a 30-year lockup period.

That would be Kimberly-Clark’s 47-year history of steady dividend increases. It’s one of the oldest and most stable dividend aristocrats.

The company’s dividend currently stands at $1.03 per share. That equates to a 2.93% yield at the time of writing.

As you can see in the graph below, Kimberly-Clark’s dividend per share has only exceeded earnings per share one time in the mid-1990s. That’s the only occasion on which it has ever been in danger of cutting or failing to raise its dividend. 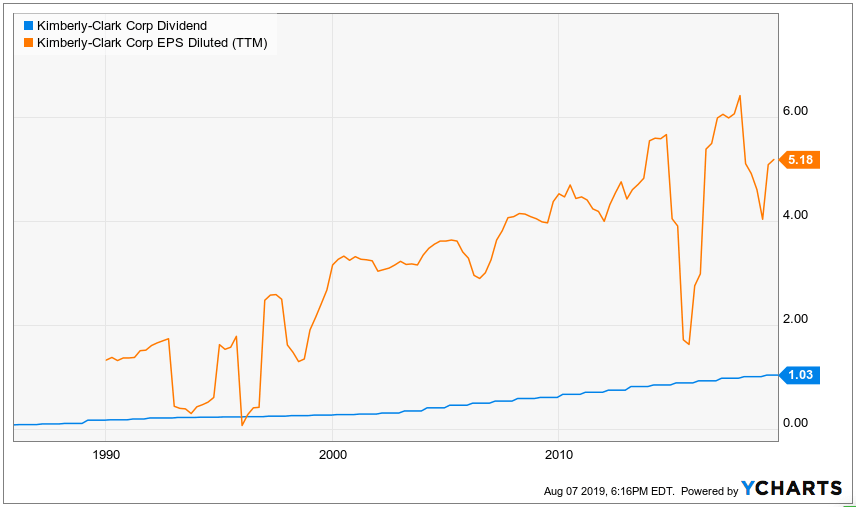 Given the safety and steady growth rate of Kimberly-Clark’s dividend, it’s a great stock to hold with a dividend reinvestment plan (DRIP).

Over the last 30 years, the price of Kimberly-Clark stock has appreciated by 764.9%. But when you factor in reinvested dividends, that return shoots up to 2,130%! 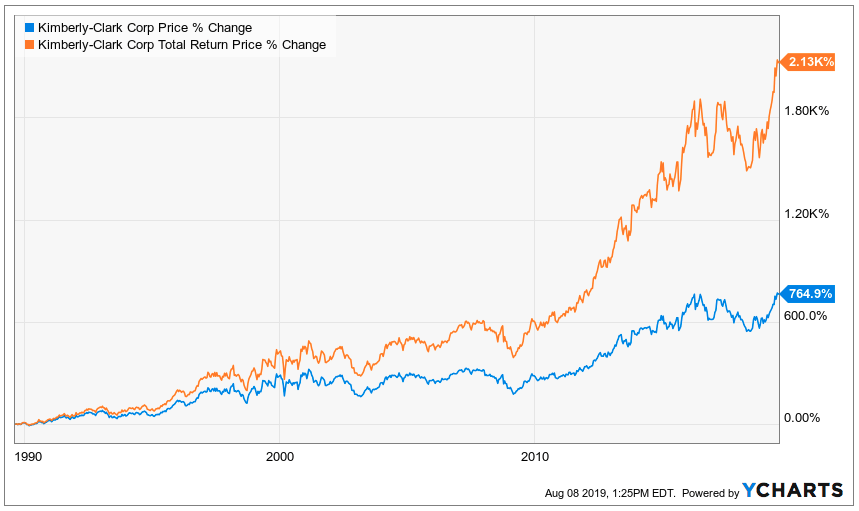 George Costanza’s toilet paper monologue from Seinfeld wasn’t particularly tactful, but it wasn’t wrong. Given the steady demand for those paper-and-cardboard rolls — and their unchanging nature — toilet paper is a great industry to invest in for the long term.

And Kimberly-Clark’s commanding market position, multi-brand business model, and safe, ever-rising dividend make it the perfect toilet paper producer to hold for the next 30 years.

Stay tuned for Part 2 of our “Two Stocks to Hold Forever” series! I won’t give away tomorrow’s pick, but I’ll give you a hint.

The company has absolutely nothing to do with toilet paper. But you could make one of its most recognizable logos out of one big roll and two smaller rolls.