Top 3 Investment Trends for the 2020s

In the short term, not much. The market is closed today following yesterday’s sleepy trading session. In all likelihood, your portfolio will start the 2020s just a percentage point or two removed from where it ended the 2010s.

But in the long term, decades serve as useful markers of the large-scale trends that shape investor behavior. There’s a sharp contrast, for example, between the most popular moneymakers of the 1970s (commodities) and the 1980s (domestic stocks).

This last decade was defined by several powerful investment trends, like the ascendency of tech stocks in the social media era, the collapse of the energy and materials sectors following the end of the commodities supercycle, and an unstable bull market in bonds spurred by protracted low-interest-rate policy.

Which investment trends will define the 2020s? It’s impossible to say for certain, but here at Wealth Daily, we have a few educated guesses based on current economic and social conditions. Let’s go over them...

A Recession Is Coming… Eventually

We wouldn’t blame you if you were a little tired of reading recession predictions on this website that don’t come true. Personally, I wrote about how to prepare for an approaching recession in March and again in July, yet the major indices are way up for the year.

Nonetheless, I still hold roughly the same position I did in those articles. Several parts of the yield curve inverted this year, the Fed is backing away slowly from its program of interest rate hikes, and the U.S.-China trade war is entering its third year.

All of these things are indicators that a recession is coming in the short to medium term — which could mean anything from the next few months to the next few years.

And when it comes, investors in relatively recession-resistant sectors like materials and utilities will be rewarded. 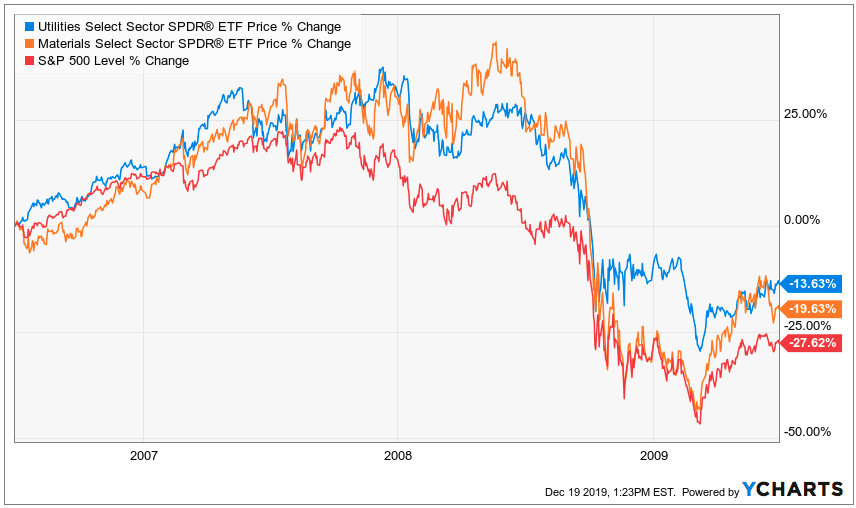 As you can see in the graph above, these two sectors did lose money during the Great Recession, but they outperformed the S&P 500 by a large margin.

America Is Getting Old

There’s another sector that tends to hold up well in times of economic turmoil: health care.

And that sector will likely be buoyed throughout the 2020s by another major investment trend: the silver wave.

Every single day, about 10,000 baby boomers turn 65 — and many of those 10,000 develop age-related medical issues requiring long-term care. Globally, the population of senior citizens is expected to grow by 1 billion by 2050, and much of that increase is expected in the next decade.

There are two easy plays on the graying of America. One is a health care ETF like the Health Care Select Sector SPDR ETF (NYSE: XLV). The other is a senior housing and assisted living real estate investment trust (REIT) like Welltower (NYSE: WELL). 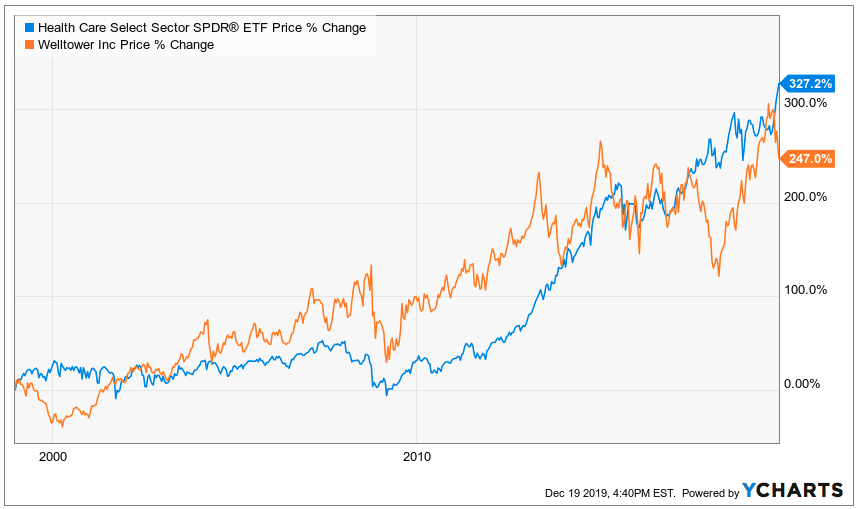 As you can see above, both have enjoyed incredible bull runs in recent decades — but the demographic trends responsible for those bull runs will only grow stronger going into the 2020s.

That U.S.-China trade war we mentioned earlier isn’t just a potential harbinger of a recession. It’s also part of a much larger nationalist, anti-globalization trend that doesn’t seem to be slowing down anytime soon.

After all, the U.S. and China aren’t the only parts of the world suffering from the effects of protracted trade conflicts. Brexit is set to finally happen in the first few months of the new decade, and OPEC is experiencing instability as Saudi Arabia and Iran inch closer to war.

How should investors play this post-globalization trend?

Small-cap stocks provide one answer. Smaller companies tend to have less international sales and more exposure to the domestic economy than their blue-chip counterparts. And recent history shows that they tend to outperform in times of trade conflict.

Remember, the U.S.’s last trade war wasn’t that long ago. Back in the early 2000s, President Bush got us into a tit-for-tat steel tariff war with the EU. He imposed import duties in early 2002 and didn’t lift them until 2003. 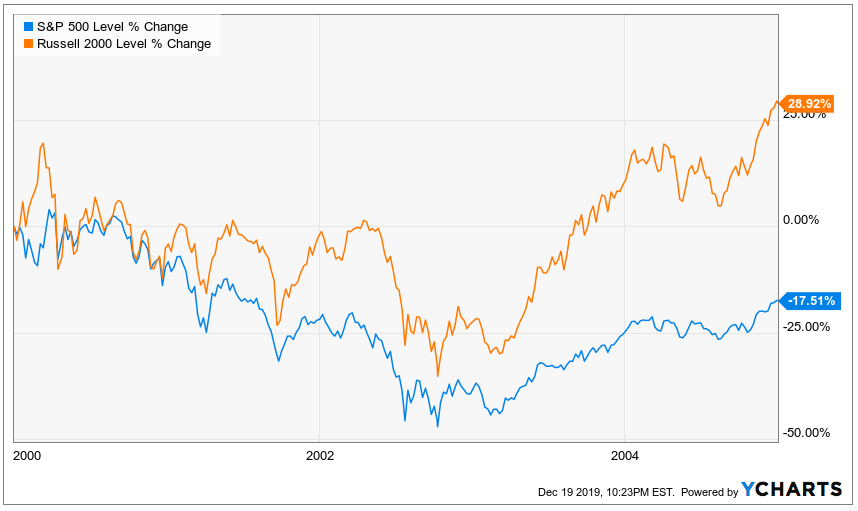 With this in mind, a small-cap ETF like the iShares Russell 2000 ETF (NYSE: IWM) is worth buying as we head into the 2020s. The equity class has underperformed in recent years, but in this post-globalization world, it seems poised to make a comeback.

We’re now 1/3,653 of the way through the 2020s — and no one can predict with any certainty what trends will emerge in the next 3,652 days. But these three trends — recession, aging, and globalization — seem like the best bets with which to start the decade.