Every time I hear someone say those fateful words, “This time it’s different,” I’m reminded of all the times I’ve heard that before and it hasn’t really been different at all.

But this time, I’m the one saying it! And I’m pretty sure it really is different this time…

In case you didn’t know, oil stocks and prices are up a good 40% this year.

Also, in case you didn’t know, they’re down over 20% in the past month too!

Talk about some volatility in that marketplace, huh? 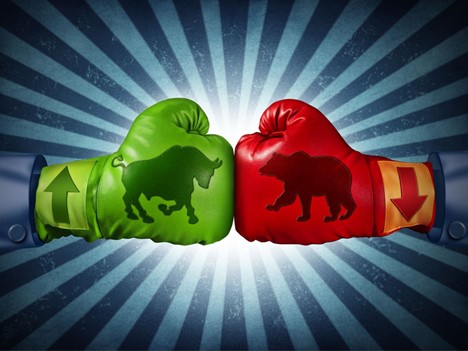 Shares and prices are up because we’re in the midst of an energy crisis.

ESG investing and government policies have curtailed oil industry expansion in the U.S. for the better part of a decade.

And oil companies also lost a lot of money the last time prices collapsed. So they’re extra wary about spending too much to increase production, too.

So instead of adding everything they can to the supply side of the equation, they’re expanding at a measured pace and returning as much as possible to the shareholders who stayed loyal.

Then there’s OPEC. It’s running out of oil. It keeps talking about boosting export targets to get more crude on the market.

But it can’t even hit the lower targets it's already set, so it’s just lip service at best.

And of course, we can toss Russia in there as a culprit too.

But prices are falling because investors see a recession heading straight our way and they know that the last time the world faced a recession, oil prices tanked.

They’re betting on what’s known as demand destruction. And it’s a solid bet to make.

Last time the world went through a recession, it lasted from December 2007 to June 2009.

People had less money so they cut back on things that cost money.

Driving was a big part of that. People drove a lot less to avoid spending so much on gas.

And oil company stocks dropped a good 20%–40% during that time.

Investors are worried that’ll happen again if we really go into the deep recession it looks like we're headed for.

But that’s where I see some distinctions that could make so that this time, it actually is different.

First off, in the run-up to the last global recession in 2007, oil prices had been on the rally up the charts.

And companies were trying to take advantage of those high prices.

So they pumped everything they could into capital expenditures and grew their operations.

In fact, in the five years leading up to that recession, oil production grew by about 6%. It doesn’t sound like much, but the number really doesn’t matter.

It’s the fact that production was expanding.

In the five years leading up to this recession (the one we’re about to see or are already in), oil production has fallen by over 2%.

So there’s a big difference. Last time this happened, we were producing more oil every day and flooding the market just as demand destruction was setting in.

This time, we’ve been producing less oil, so we’re not really in danger of flooding the market like last time.

OPEC also played a role last time as it stepped up production in an attempt to drive U.S. oil companies out of business.

That backfired, and this time around, it looks like it’ll be a lot harder for OPEC to step up production (since many member nations already aren’t hitting targets).

So fields are shrinking this time, not growing. And there’s a case to be made that demand won’t be destroyed but will actually grow in the very near future.

There’s the summer driving season. We’re in it.

And with flights getting canceled here and there and everywhere, a lot of folks are taking to the highways to get where they’re going this summer.

Both of those things would do one thing, and that’s create an artificial boost in demand.

If demand destruction happens when it costs too much, then by reducing the cost, we’ll essentially boost the demand.

And that leads to a basic Economics 101 lesson: When you increase demand and keep supply constant (or reduce it), prices go UP…

So that’s why I’m a believer that it’s going to be different this time. There’s less oil being produced.

And demand is about to get a boost from driving season and government interference.

The combination of those two things means prices should go up again.

And that means more profits for those oil companies to share with investors.

And that brings me to the real reason I’m writing to you today: I’m an income guy.

It’s my favorite kind of investment. Sure, it’s exciting to see a penny stock rip up the charts.

But what really makes me smile is seeing companies pay me just for owning their stock.

I don’t have to sell my shares to make a profit. And I can reinvest the money if I don’t need it right away.

So when my friend and top-notch energy analyst Keith Kohl started talking major payouts coming from the oil patch, I was all ears… 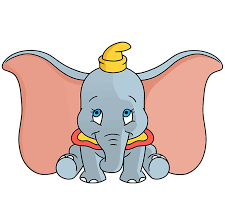 And he did not disappoint. Not in the slightest…

You see, Keith’s identified three oil stocks that not only have the biggest potential for massive gains, but are also set up to pay out millions in profits to anyone who’s a shareholder.

It’s a win-win. And I want you to be a winner-winner.

So I got Keith to let me share his research today and today only.

He’s been kind enough to put together a detailed report for me to include with this article.

And I highly suggest you give it some attention RIGHT NOW.

First, because it probably won’t be available after today…

And second, because the swings in this market come fast and furious…

And I want you in for the next big move to the upside.

So check out what Keith uncovered and get yourself invested for the win.

Then keep an eye out for my emails and articles because I’ve got a lot more coming your way!