THIS Is Our Biggest National Security Threat

Our biggest national security threat isn’t what you think.

This threat is much simpler but could wipe our republic off the face of the planet if we don’t act fast.

That threat is the declining health of our population.

More specifically, the rate of obesity in the U.S. is increasing at dramatic levels.

He first warned the public about it in a 2012 lecture after his soldiers experienced serious hip fractures during training as a result of poor nutrition.

The simple fix worked, and military soldiers are now healthier for it.

But there's a big problem: The military makes up only 1% of the population.

We’re not doing so hot.

The U.S. is in the middle of an obesity epidemic. 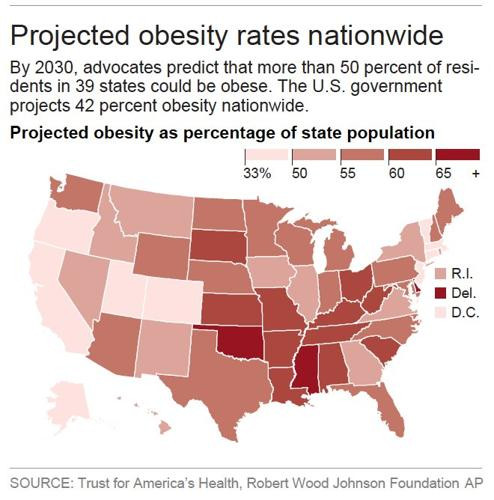 And some states are expected to have a 65% childhood obesity rate.

That means a rapid increase in diabetes and a 40% cardiovascular disease rate by 2030.

This epidemic stresses our bodies, our finances, our healthcare system, our farming, our schools, and the future of our economic prosperity as a nation.

The U.S. should recall what Count Rugen told Prince Humperdinck in The Princess Bride... 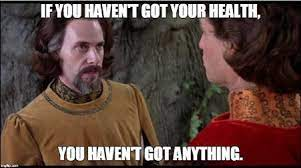 The good news is it’s not entirely our fault.

We’ve been given bad food choices our whole lives.

Sugary cereal and whole milk for breakfast, fast food for lunch, chips and a soda for an after-school snack, and bleached, diseased factory-farmed meat and pesticide-laden vegetables for dinner.

But in just the next few years, there’s going to be a complete reset of the food we eat in the U.S. thanks to something called cellular agriculture.

It’s a fringe idea now, with small companies taking up the challenge to grow food in labs.

But it’s our only shot at defeating this national enemy, and it all starts with simple economics...

In order to conquer this villain, we must take a step back and redefine the 1%.

We all know the "one-percenters" in America own most of the wealth. 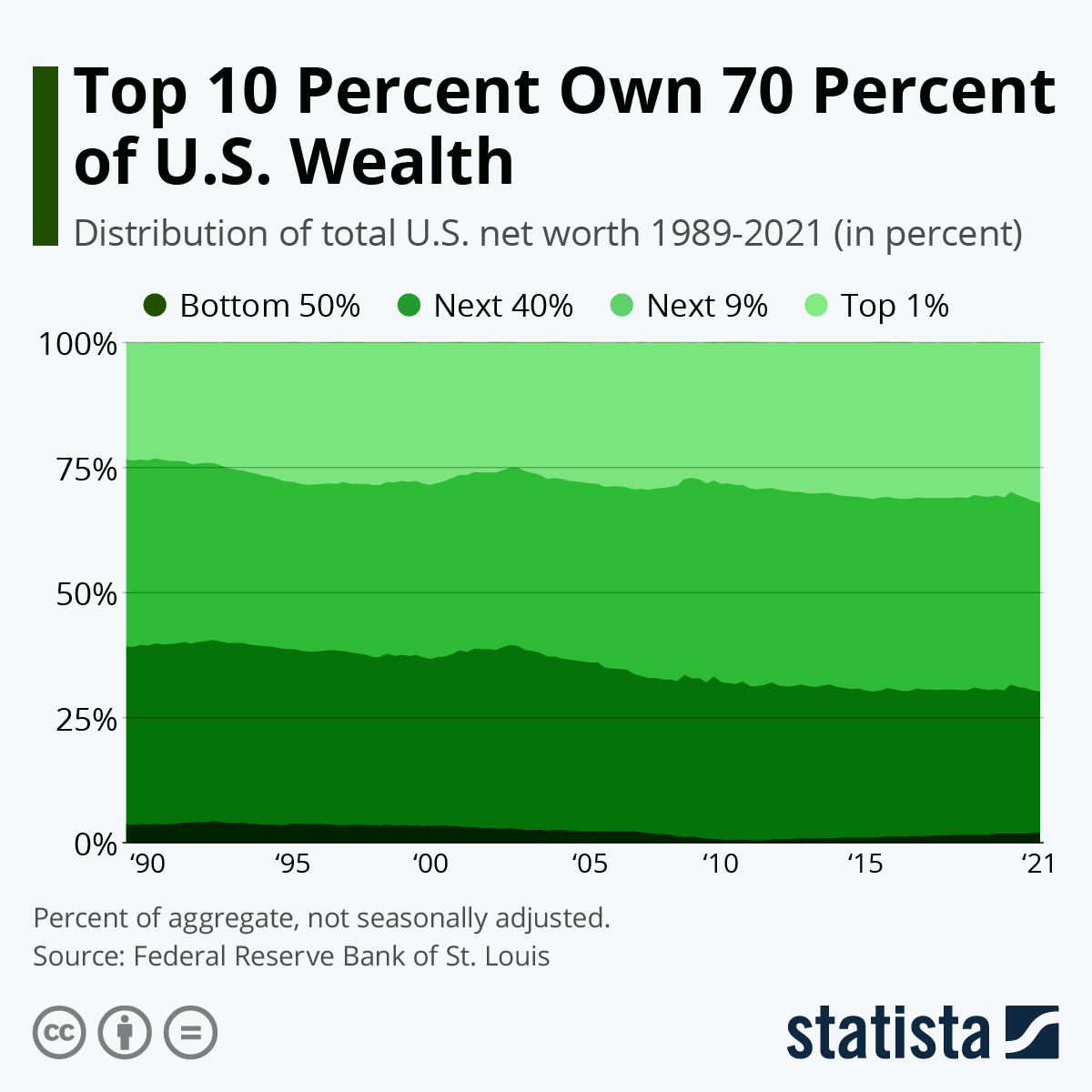 But we should aspire to be like the healthiest 1%, not the wealthiest.

There’s a very real reason why the wealthiest 1% stay wealthy.

It's a phenomenon is called the Pareto principle, and it applies to all aspects of life.

The namesake of Italian engineer and economist Vilfredo Pareto, the Pareto principle states that 20% of the effort creates 80% of the result.

He defined the idea in 1906 after observing that 80% of Italy’s property was owned by only 20% of the population, therefore creating disparity between the “vital few” and the “trivial many.” 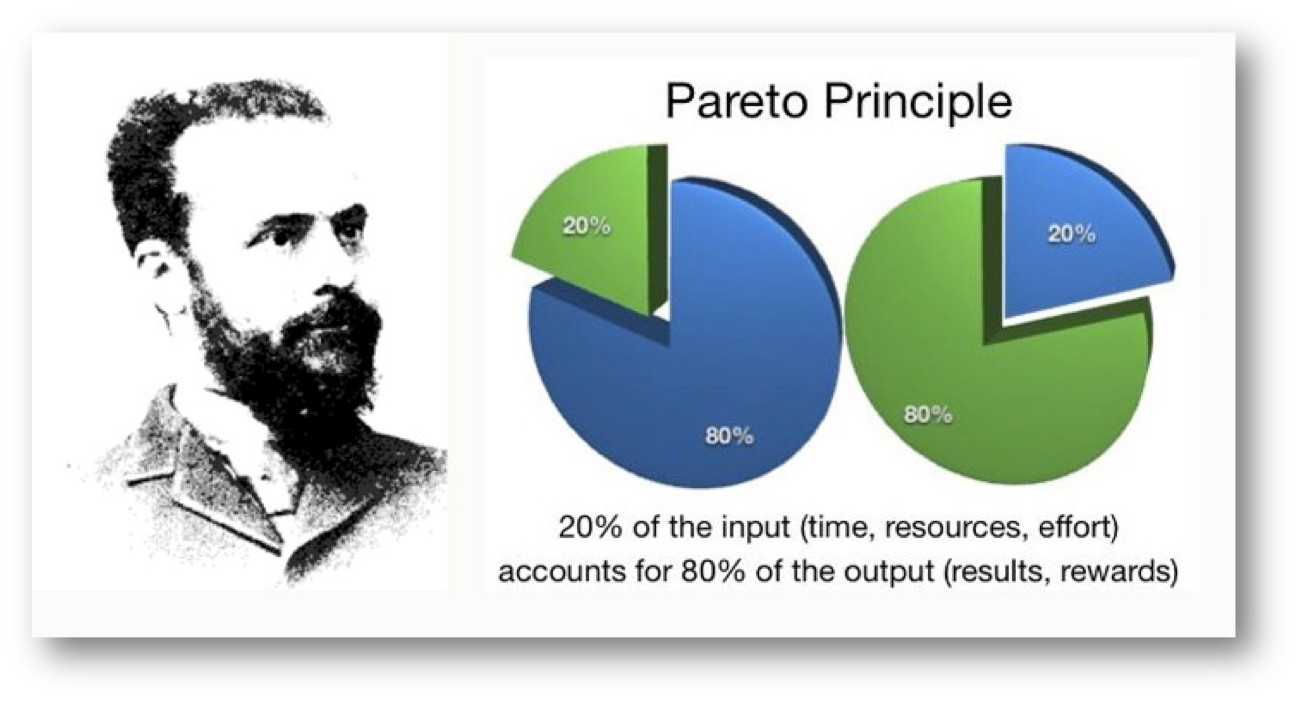 It’s an age-old principle dating back to biblical times, known as the “Matthew effect," which reads, “For unto every one that hath shall be given, and he shall have abundance: but from him that hath not shall be taken away even that which he hath."

In other words, when you succeed at something, the probability that you will continue succeeding exponentially increases.

Not all of us have the means reach the top 1% of wealth earners, but we should all have the resources to be as healthy as possible.

For that, we need the right fuel.

The Future of Food

But it's not so easy if those fruits and vegetables are covered in pesticides and the meat is factory-farmed, bleached, and devoid of nutrients.

That's where cellular-based agriculture comes into play, specifically for meats.

By extracting cells from living organisms and growing meat in labs, a select few biotech companies can make anything you want.

No disease, chemicals, killing, or added strain on the environment.

It's cleaner, faster, cheaper, and healthier.

You can even remove cholesterol from a steak.

And the numbers add up.

Lt. Gen. Hertling said the Army saved $30 million in injury prevention in the first year alone of getting soldiers to eat healthier.

The numbers could be even better with lab-grown food.

The cultured meat market alone is estimated to reach nearly $100 billion by 2030, with a compound annual growth rate of 37%.

Food prices will drop without the need for high-input farming costs like fertilizer and pesticides, which might just get us out of this inflation mess sooner than later.

This could be our saving grace.

It's the future of food.