This Coronavirus Play Is Already Up 54%... And Growing Daily

After tumbling from an all-time high of 29,568 to a pre-Trump low of 18,213 in the space of just four weeks, we're finally starting to see the light at the end of the tunnel on the world's most watched index.

Tuesday's trading session saw the Dow's biggest single-day gain ever: 2,112 points at closing, and following that rally, the DJI crept up another 495 points on Wednesday to bring it back up over the 21,000-point mark.

Today, as I write this, we're looking at another four-figure gain on the heels of a jobs report that turned out substantially less horrific than many had anticipated.

To plenty of informed minds, this signals that the panic is over, that it's time to start hunting bargains — some of the biggest in a generation.

And there is validity to this belief.

Even after the resurgence, plenty of household brand companies are trading at one-, two-, even five-year lows. 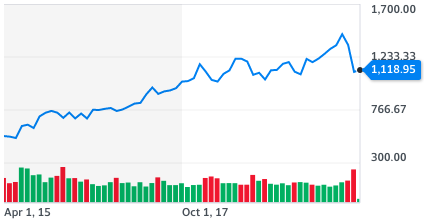 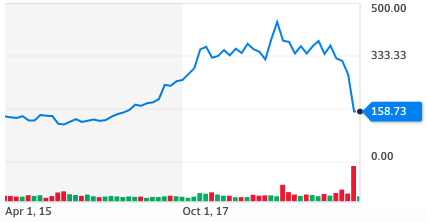 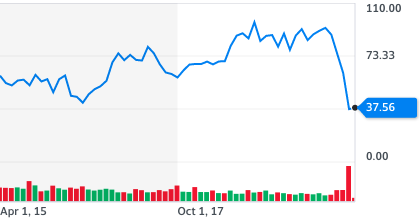 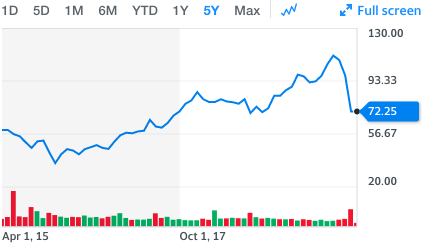 All trading at multi-year lows, with billions shaved off their market capitalizations in a matter of just twenty trading sessions.

Nothing Is Black and White... Or Green and Red

You get the idea. It doesn't take deep-probing analysis to understand that there is a major buying opportunity.

The problem with all this is that there is absolutely no proof that what caused this collapse to begin with is over.

Remember the coronavirus? It's still out there. Just yesterday, it killed its 1,000th American.

Its infection rate in the U.S. is now at five figures per day. Yesterday, we added 13,355 new confirmed cases to the total.

That's 10 times the total number of cases in the U.S. from just two weeks ago.

So no, it's not over... The press may be choosing to focus on stories of stimulus packages, more mud-slinging between the parties, Trump's rhetoric, and its usual bag of tricks, but none of that actually changes reality.

A vaccine is under development at Moderna Inc. (NASDAQ: MRNA), and testing is already under way, but that's not expected to be ready for at least 10 more months... probably closer to 12–15 months if we're talking mass availability.

Until that vaccine comes around and knocks this bug out once and for all, the risk of infection and the threat of ongoing lockdowns and quarantines will not go away... And that's the grim reality that you're probably not getting from the media.

Cutting Through the Fog

Now, let's get to the good news.

Most people who get this disease are not at risk. In fact, it's been speculated, and it is highly probable, that most of the people who have it will never even know about it.

Most cases are very mild and don't look much different from the common cold or flu. My own nephew tested positive two weeks ago after returning home from Spain with flu-like symptoms.

He recovered in days, and yesterday was given the all clear by the department of health to go back outside.

My sister, his mother, who has been sequestered at home with him from day one, remains asymptomatic. If she remains without symptoms for another three days, she, too, will be released from quarantine.

There is a good chance that a vast majority of cases will end up just like that — a few days of discomfort followed by (hopefully) lifelong immunity to this particular strain.

That's the reality that the panic-seeking mainstream news isn't focusing on. Yes, this is a dangerous virus. No, it's not the end of the world.

I know it sounds like a mixed bag of information, but, unfortunately, that's the reality when it comes to most complex situations.

There is a light at the end of the tunnel. There is no need to buy up all the toilet paper you see at Walmart (NYSE: WMT).

And that also goes for your investing habits during this unprecedented time.

Is a Double Dip in Our Future?

Don't go all-in, thinking that the Dow will be back up at 30,000 by the end of the year. It could very well gain another few thousand points and then tank all over again, as the reality that this is a prolonged situation slowly sets in on Main Street America.

One particular stock that's been under the radar for the last two weeks, which I've been tracking religiously, is, as of today, up 54%.

It got hit along with the rest, but its rally began early and continues to this day, unabated.

It doesn't rely on any stimulus packages and doesn't care much about how lockdowns, business closures, and en-masse teleworking affects commerce.

The reason is that this company's chief product is specially designed to flourish during times of uncertainty, and right now, this product is more sought after than at almost any other time in history.

The market for this underlying commodity will continue to rise, even if the virus is exterminated tomorrow.

Why? Simple: There is another uncertainty-generating event on the horizon, which many of us have forgotten about during this crisis — the upcoming presidential election.

This stock, which trades for a fraction of the huge global brands mentioned above, will continue to prosper all along the way... It's more or less built in at this point.

To get the full story and analysis, click here.