They Laughed When I Said Buy Platinum...

On July 31, just a little over three weeks ago, I put out a Wealth Daily article with the headline, “Buy Gold Before Thursday.”

The technical chart was clearly saying gold was going much higher. 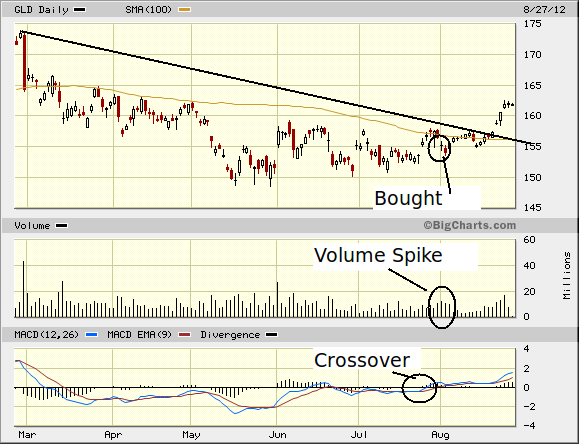 We are now up more than 110 points since that date.

My call has been vindicated, my trading system is correct.

I made the same call for silver... 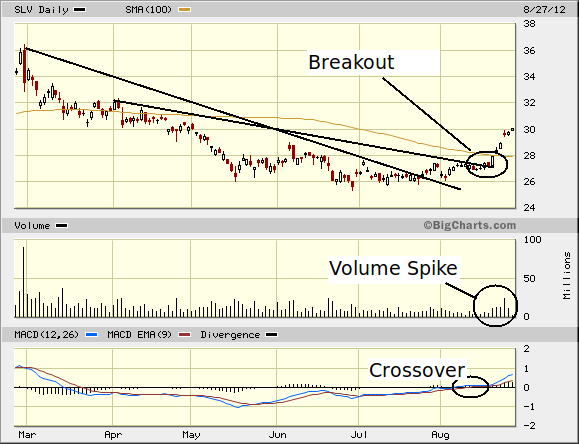 Readers of my trading service Crisis and Opportunity are up 19.79% after buying the 3x Gold Miners EFT (NYSE: NUGT) two weeks ago.

I have also been adding other commodities to our portfolio, including uranium and platinum.

You should pay particular attention to the undervalued miners.

Blood in the Streets Platinum

In fact, I made readers like you 83% returns in a day from platinum in my options service, Options Trading Pit.

You may have heard about the crisis in the South Africa platinum mines after police killed striking mine workers last week...

Here is my buy alert, word for word, that I put out that morning August 17: 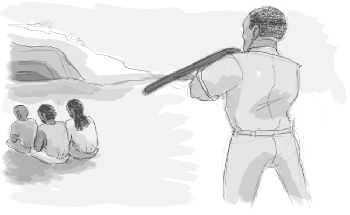 Shares of Lonmin (LMIA) dropped yesterday after police killed more than 30 strikers at Lonmin's platinum mine. This tragedy has shocked South Africa and the world.

The company announced it would close all mines across South Africa. Lonmin is the world's number three platinum producer.

Physical platinum has been trading below the price of gold. This is an historical anomaly and suggests that platinum is vastly undervalued. The shutdown of mines is the catalyst that fixes this disparity.

The safe bet is to buy PPL, the physical platinum ETF. This is the low-risk way to get 15% to 30% off the next move. However, there are no options on this.

This ETN re-balances every month, so we are looking for a fast pop and then we are out, with any luck we will be out this afternoon.

If not, plan on selling before next Friday.

Here is how it looked: 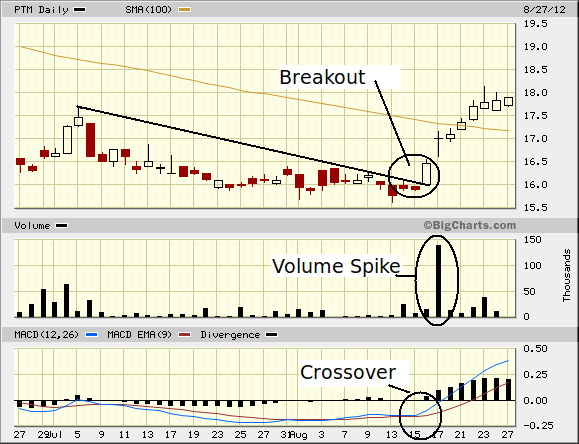 The chart follows the same winning pattern with a breakout, volume spike, and MACD crossover.

I'm not the only one who's stocking up on commodities in what might be the next commodity supercycle...

Hedge funds boosted bets on rising commodities to the highest in 15 months, driving prices into a bull market as the U.S. drought worsened and the Federal Reserve signaled it may take more steps to spur economic growth.

Money has been flowing out of equity mutual funds and into hard assets.

Investors added $1.47 billion in commodity funds for the week ending August 22. This is the third inflow in the last four weeks.

The number of gold futures and options contracts jumped 35% the last week. Platinum option contracts more than doubled, and the number of oil contracts was up 18%.

It looks like the money managers are back from the beach and are placing their bets for the fall quarter.

It's time to load up on commodities. They have a long way to run.