The World's Elite Are Betting on 5G Infrastructure at Davos

We’re in the midst of the World Economic Forum in Davos this week. Fifteen thousand total attendees — including 100 billionaires, 53 heads of state, and one outspoken Swedish teenager — flew into Switzerland to talk about climate change and income inequality among other things.

Now, I could take this time to talk about how hypocritical it is to fly in a private jet to a meeting of billionaires to talk about how we need to reduce carbon emissions and figure out why everyone else is so poor. But I’d rather talk about something they’re discussing that actually makes sense.

And that’s 5G. It’s the centerpiece of all the technology discussions and forums this year. Everyone from the CEOs of Qualcomm and Ericsson to heads of state, like Donald Trump and Angela Merkel, is talking about how the next generation of communication is going to change the world.

There’s been a lot of talk about how Huawei is leading the race in 5G technology. But Ericsson’s CEO, Börje Ekholm doesn’t see a race at all. He cited that Ericsson’s equipment had been installed in many 5G networks, including the earliest launches. And he candidly noted that, “it's a bit difficult to say we're behind when I see no one ahead of us.” 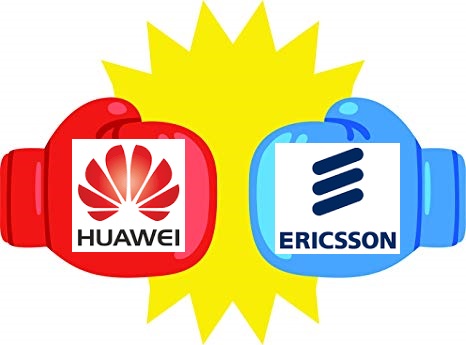 Now those are some pretty bold words, but what else do you expect from a CEO? The fact is, thanks to billions in Chinese government assistance, Huawei may not have the best equipment, but it’s got the cheapest and offers the best financing terms.

That’s not a good thing when whoever gets the network up and running in the most places also gets to write the rules on how that network operates. And I don’t know about you, but I’m not really excited about having the Chinese Communist Party dictate how my future phones and computers connect.

The New Face of Industry

I will give Ericsson credit for having better tech than Huawei, albeit more expensive. As if to give us proof, the Swedish company presented the WEF with 5G connected robots capable of completing complex tasks. 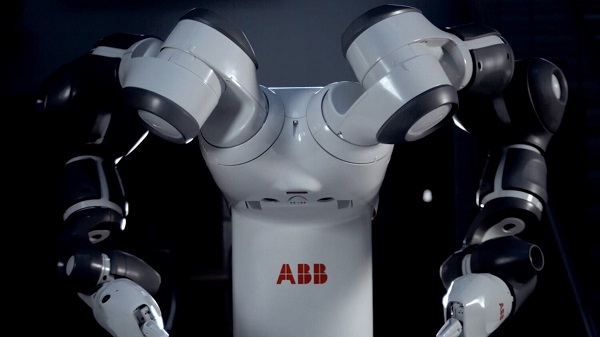 Ericsson, ABB, and Swisscom partnered to show how a live 5G network can replace traditional industrial wired setups, giving us yet another way 5G will upend traditional industries. Visitors at one test station can write text and names and be replicated in real-time by a robot writing on sand 1.5 kilometers away.

We’ve all been thinking about how much faster our phones will connect, how 5G will help push driverless cars into the mainstream, or how virtual reality will be amazing with 5G connectivity. But there’s so much more that this new network will enable. Ericsson’s industrial display shows just one of the ways 5G will disrupt even industries we see as low-tech. And if Qualcomm’s president is correct, we may just get to experience those changes this year.

Cristiano Amon, in an interview with Yahoo! Finance, said that we will likely see 5G rolled out in major metro areas by the end of 2020 — and not just here in the U.S. “We should see 5G in all metropolitan areas in the United States, as well as in China, Korea, Japan, and Europe towards the end of 2020.”

Readers of my investment newsletter, The Wealth Advisory, already know how big 5G will be for Qualcomm. Its chips will power the new 5G iPhones for Apple. It has the biggest head start when it comes to 5G modem chips for mobile devices, and it has a history of being at the right place for massive profits whenever there’s a shift in wireless technology.

And according to its president, 5G is already paying off for Qualcomm. But there’s one thing really holding back the rollout. If you’ve been reading my articles, you already know what that obstacle really is…

The Building Blocks of 5G

The thing is, we’re making major improvements in 5G technology. Qualcomm is making massive strides in its 5G modems and chips. And the Big Four — Verizon, T-Mobile, Sprint, and AT&T — are all working to build out their initial 5G networks.

But we still need the infrastructure that the network will “rest” on. With 4G LTE, that network was built on thousands of gigantic towers with equally enormous antennas mounted at the top, which took years for the carriers to build. 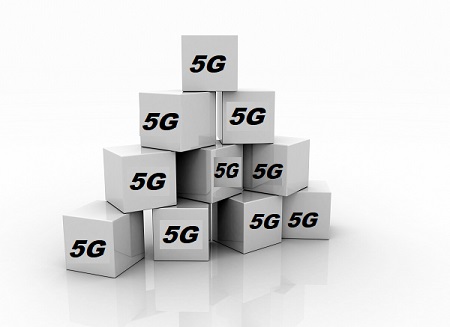 5G will require even more infrastructure than its predecessor, however. That’s because the signal just doesn’t travel as far. So, we need millions of smaller antennas mounted across the country to really facilitate 5G.

Some of the existing tower owners are working to get their assets ready for 5G, but since the towers are so often very far away from where people live, they’re just not that necessary for building this new network.

5G requires antennas much closer to where customers are, and it requires millions of them if we ever hope to have true 5G connectivity. There’s only one thing that serves as a place to mount the antennas close to the people who need them: fiber networks.

That’s where the fiber networks come into play. Most big tech companies already have their own server farms where they store data. But most of those are far from metropolitan areas where the majority of people live. You need to keep the data close if you’re planning on accessing it quickly.

That’s why all of the carriers and pretty much every big name in communication already have contracts in place with one small company that owns more fiber networks than anyone else in the country. They all know that this company’s network is crucial to winning the race to deploy 5G. 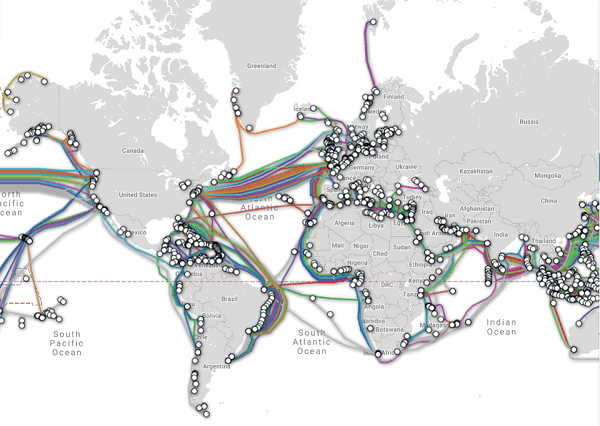 And they’re willing to pay hundreds of millions to secure their spot. In fact, they’re even expanding those pre-existing contracts as I type.

But the market hasn’t caught on to what’s happening. Everyone is still focusing on the technology 5G will facilitate and betting on which carrier will have a full network first.

In fact, until Qualcomm’s president mentioned it in that interview and Ericsson’s CEO asked President Trump about it in Davos, I hadn’t heard anyone but myself talking about the importance of infrastructure. But with 5G taking center stage in Davos, it’s starting to come up in discussion.

And that means we’re likely to see a lot of analysts trumpeting 5G infrastructure investments in the coming months. When that happens, there’ll be a rush to buy in. And prices will shoot up.

But only the people who invest before the crowd will take home the massive gains this rally brings. So, it’s crucial that you listen to what I’m saying and get yourself invested right now.

Once the spotlight is on, these shares are going to take off. They could easily double or triple within a year. They might even score early investors one of those storybook, retire early, quadruple-digit gains.

And the best part is that this company also pays investors a share of the profits it makes from charging companies to get on its network. So, you get paid while you wait for your shares to skyrocket. That’s a pretty good deal.

5G has already caught the investing world’s attention. Companies helping spread it across the globe are already making extreme profits for early investors.

But the backbone of the network remains in the hands of a company nobody’s paying attention to. And its investors are going to reap some of the biggest rewards of the race to deploy 5G wireless.

With the world’s business leaders, heads of state, and super-wealthy all talking about infrastructure as the one thing 5G still needs to get off the ground, we’re sure to see a lot of interest and investments building up in the coming months.

So, do yourself a favor and get yourself invested before the rally hits. Click here to read a report all about the company and the potential profits waiting for you to claim.

Just don’t wait around on this one. 5G has been gaining widespread attention. And now the infrastructure behind it is in full focus at the World Economic Forum in Davos. The profits are all but guaranteed to start flooding in.

Make sure you’re one of the winners by getting invested immediately. Then you can sit back and relax knowing you’re in before the crowd AND getting paid to wait.