The United States of Debt

Just Say No to Debt Dealers

We've all been hustled.

And as a result, the American dream has turned into the American nightmare for tens of millions of our countrymen.

Many of us are drowning in extremely high levels of debt, pushed onto the American public by the banks and financing companies looking to compete with each other for higher revenues.

They successfully convinced Americans that we could afford future payments. But now, many are virtually enslaved by the debt these swindlers pressured us to accept.

Just say no to debt dealers

Massive debts are keeping Americans awake at night. And many are struggling with payments due to a number of grim economic factors.

The real rate of unemployment, for instance, is most likely double whatever number the government tells you. Meanwhile, even the money we do have in the banks is suddenly not as safe as it once was... 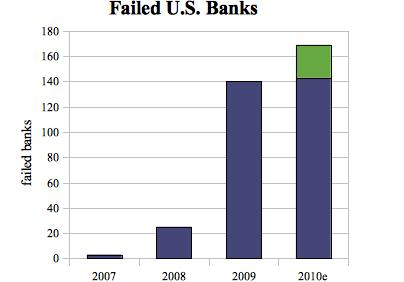 At the same time, investments in the stock markets seem to have taken on the air of a gambling casino, and the pillars of greed and corruption go unchecked, virtually without bounds in our major financial institutions, governments worldwide, and within the general fabric of society.

The world is scrambling to control resources needed to keep economies going. This is causing diplomatic issues, currency wars, and geopolitical strife of all kinds.

Governments at all levels (city, county, state, federal) are in serious trouble — or are already broke — and are desperate to dig into taxpayer pockets any way they can.

In Baltimore, for example, the city recently began fining citizens that fail to put a lid on their trash cans. The city claims the measure is to help control the rat population; yet the city has not been overly concerned with rats during the past decade, spending less than $10,000 a year on rodent control...

In my home city of Denver, I've noticed an explosion in the number of speed and red light cameras.

These are just examples of additional hidden taxes, and of how the government is taking away more of your resources at a time you need them the most.

Pension funds (state, federal, corporate) have taken huge hits to their portfolios and are looking for bailouts from a bankrupt government. Pensioners are wondering if the money will be there when they are going to need it.

And in many cases, it doesn’t look good.

The common theme behind a good portion of the problems in the U.S. stems from a dishonest monetary system — and this is true not only in the United States, but around the world.

History clearly shows us that whenever a government undertakes a fraudulent monetary system by not keeping their paper money tied to some sort of gold standard, the people and the society suffer.

As the abuse gets worse, the average citizen doesn’t understand why their money isn't buying as much as it used to.

The price of things keeps going up; but salaries never seem to commensurate with the real rate of inflation. More and more people and families fall further and further behind over time...

Yet the banks, financial institutions, and even the government itself will continue to encourage you to go into more debt.

It's the biggest Ponzi scheme in history — and we're all involved.

The only way forward is back

Throughout economic history, inflation leads to a dramatic increase in social problems. It has happened time and time again within societies that opted for a dishonest monetary system.

The reason it's important to keep some sort of precious metals standard linked to a nation’s currency is because politicians are notorious for abusing it.

Without a gold or silver standard to back a country's paper money, the people have no way of holding politicians accountable to them. This has always led to all kinds of terrible economic distortions — including some of the problems we are seeing today.

The chaos sensation we are all experiencing is the precursor to the economic consequences that are on our doorstep. It comes from running endless deficits to pay for things the country simply can’t afford.

The anecdote is to prepare as best you can for such events, and to understand how one can make money from the debacle.

This takes a bit of thinking, planning, money, and preparation — all of which most people could do to some level, if they just decide to do so.

Planning and preparing include paying down or paying off debt, owning physical precious metals, getting a food storage, and having a safe haven place to hang out, in the event of civil unrest.

Getting back to liberty, freedom, and prosperity will take some doing. But if enough people are committed to the right principles, we can accomplish anything.

I think this unity will come as we experience the consequences and begin to dig for answers as to why this happened...

The people eventually find out what caused this mess and will want to correct it. And the correction will include abolishing the Federal Reserve and returning our monetary system back to a gold and or silver standard.

You can have a paper currency; we just need to make sure it is backed with something real, instead of the promise of a politician.

In the meantime, it looks like we are entering the early stages of the coming parabolic moves in the precious metals and mining shares.

Once you have prepared as much as you can, keeping a focus on how to make as much money as possible during the ensuing problems is the healthiest way I know to manage the chaos sensation one feels.

Not only is that the smartest way to deal with troubling issues; but it is the one that will best bless your life and those you love.

Big money has already been made in the precious metals. And what's coming will dwarf the returns we have seen over the course of the last ten years.