The U.S. Dollar Is Plummeting

The U.S. dollar is spiraling down.

From here, it could still easily fall another 15%.

Here’s what you need to do to prepare...

But the Trump trade is fizzling out as the administration stalls on promised reforms — most particularly health care.

The failure of the last health care reform casts new doubts over whether Trump will be able to proceed with other promises, i.e., tax reform, infrastructure improvements, and banking deregulation.

As a result, the USD Index, which tracks the dollar’s strength against a basket of six major currencies, has lost over 1% for the week — and almost 9% since the beginning of the year. 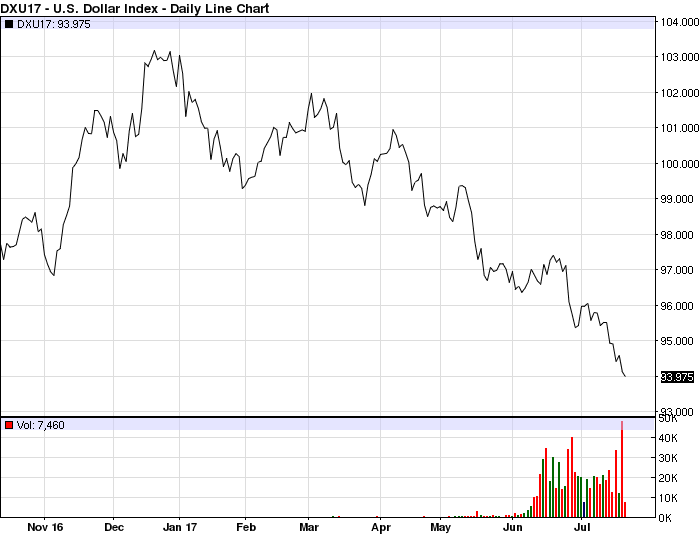 It seems the Trump trade is over, at least for the dollar. And investors are much less bullish.

Last week, speculators reduced their net long bets on the dollar by almost half, compared to six months prior. 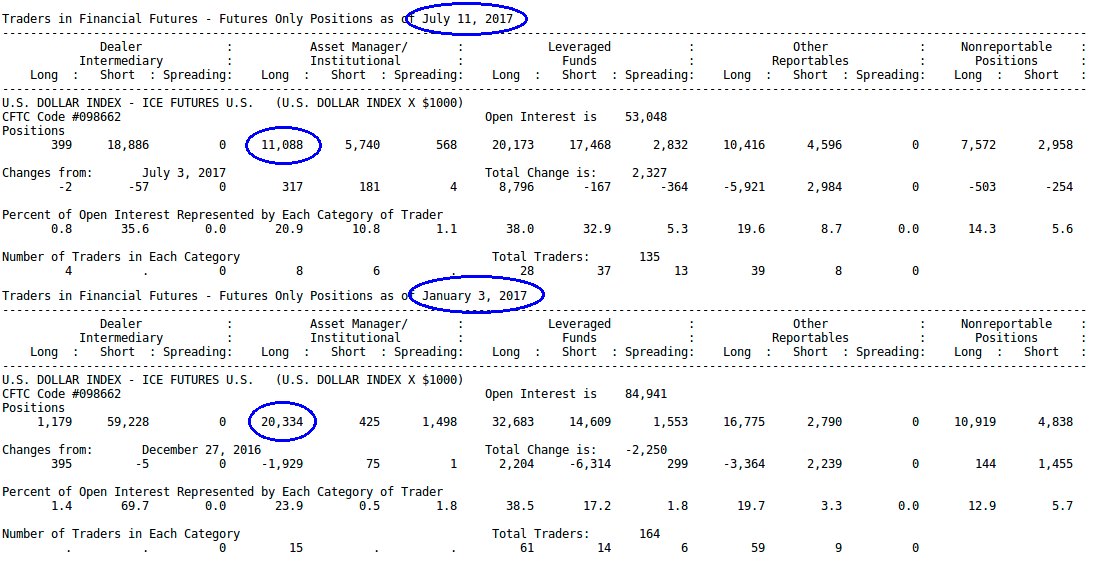 Add to all this the possibility that the European Central Bank and Bank of Japan may increase their interest rates later this year, and the greenback's decline since the beginning of 2017 may well continue.

How much lower can it go? 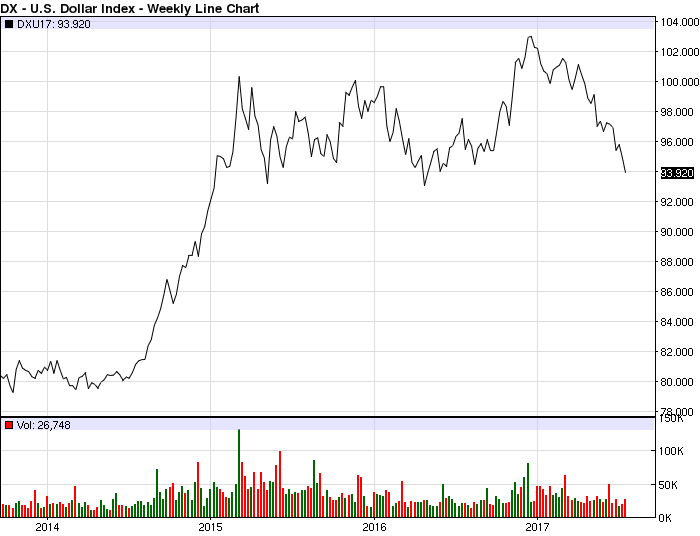 In fact, I think we can expect at least a 15% drop from here.

UDN tracks an index of short DX contracts and provides investors with a very easy way to short the U.S. dollar.

But no ETF is for long-term holding. A much better way to position yourself ahead of a decline in the dollar is with gold.

The Trump trade has depressed gold prices for months. The price of gold is still about 9% lower than its highs last summer.

But with the dollar on rapid decline, investors are soon going to be looking to gold as a hedge.

The CBOE Gold Volatility Index is at its lowest point in 10 years, meaning there probably hasn't been a better time to buy gold in a decade.

The best physical gold to own remains the American Gold Eagle.

American Gold Eagles are the official gold bullion product of the U.S. Mint and are the most recognizable and liquid of all gold bullion.

There's little reason to own any other gold bullion product.

A close second would be the Canadian Gold Maple Leaf.

Gold Maples often sell for a lower premium over spot prices than Gold Eagles. But that difference in premium carries over when it comes time to divest.

Besides, we're not collecting gold coins here, so there's no reason to mix and match. And I assure you, selling a group of coins that are all the same type is way easier than selling a hodge-podge collection.

In short, there's no reason to get cute. Buy American Gold Eagles.

Barrick Gold (NYSE: ABX) is an easy recommendation. Barrick is the world’s largest and best-known gold producer, with operations all over the world.

Barrick still has a bit of debt. But shares look really oversold at $16.00. ABX has one of the lowest P/E ratios of any major gold producer at just over 13.

Any way you play it, I think it’s very important for every investor to have some kind of dollar hedge for the next few months.