The Science of Penny Stocks

This is How the Rich Get Richer

It gives me great pleasure to introduce my very good friend and longtime colleague, Alex Koyfman, as the newest member of Wealth Daily's editorial staff.

I first met Alex when he was fresh out of law school and looking for a way to kill two birds with one stone...

We saw eye-to-eye from the moment we met.

Working alongside me, he did both, and in the years following, I watched him achieve his financial goals (he claims to have only just begun), travel the world, and become a fixture in a tightly-knit group of high-net worth investors, venture capitalists, and globe-trotting entrepreneurs.

These days, when he's not traveling, Alex lives in a custom-built house in one of the wealthiest communities in the country and has a "weekend" car, which he's let me drive exactly once.

I want to warn you, though: He's sometimes abrasive and often too blunt.

Nevertheless, I listen to what he has to say, and if you're serious about making the high-potential segment of your portfolio start performing like it was meant to, you should too.

Don't Get Hung Up On Word Choice, Please

A lot of people get uptight when they hear the term "penny stocks," so for those with delicate sensibilities, let's come up with an nice nickname to get all those heart rates down...

We'll use something fancy and technical, like “high-yielding micro-cap equity investing.” HiMEE, for short.

I'm not sure if that sounds better, worse, or just stranger still.

In all seriousness, though, high-yielding micro-cap investing is exactly what you are doing when you buy shares of a company whose total value is $100 million or less.

It's actually far more accurate than calling these stocks "penny stocks" because many such micro-market capitalization, or "micro-cap," firms trade shares at several dollars — it's all a matter of how many shares have been issued and how many are available on the open market.

The takeaway, for all who have been taught to tread lightly in this sector, is that trading micro-cap stocks isn't the Wild West show you've probably learned it was.

ALL companies, at some point or another (sometimes more than once), exist, live, and breathe as micro caps... 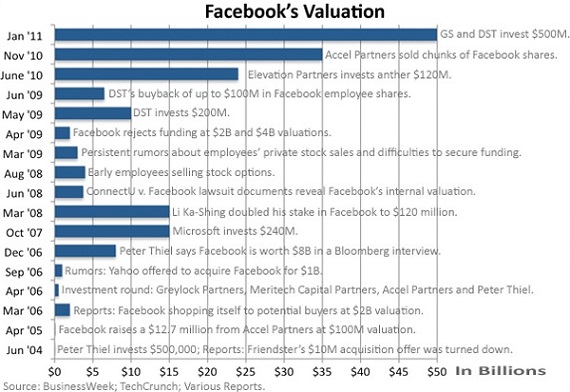 There was a moment when Facebook was valued at just $5 million...

There was a time when Google's stock, at its current share structure, would have been worth $0.05...

Same goes for Apple, Intel, and every other company that started from square one.

How the Rich Really Get Richer

The problem is that none of those companies were public when they were that small — and the only people investing in them were accredited "Angel Investors," a.k.a. venture capitalists... a.k.a. not everyday people who buy their stock from brokers or through online brokerages like Scottrade.

It's a federally mandated rule that people with less than $1 million in the bank or who make less than $200,000 per year (for two years or more as a single taxpayer) cannot participate in early development-stage, non-public companies.

Now, I know that as Brian's regular readers, many of you may be familiar with this. But I think the point is so important that I'm not scared of sounding like I'm regurgitating old news...

Federal law takes the prospect of four- and five-figure gains off the table for about 99% of investors out there.

And I'm not exaggerating about those gains, either. Some early-stage investors in Google and Facebook made 10,000 times, or 1 million percent, of their investments.

$40,000 invested in Facebook when it was a few months old would be worth close to half a billion today.

Hell, a graffiti artist hired by Mark Zuckerberg to decorate the company's first office, who took shares instead of cash, made $200 million. 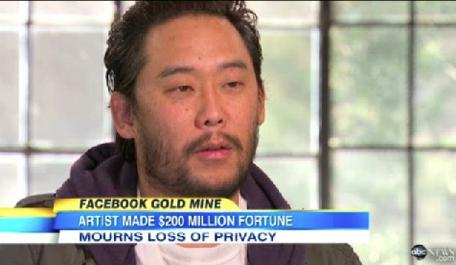 $100,000 invested in Google during the early financing stages would be a cool billion bucks today. (I actually know somebody — a friend of the Brin family — who was offered this opportunity and passed it up... Ouch.)

It's an injustice, and it's just one of the ways the government keeps the rich getting richer and the non-rich... well, not getting richer.

But if you don't have $1 million in the bank and haven't been pulling down $200k or more for the last couple years, you're not completely out of the picture.

Can You Be a Venture Capitalist? Yes... Quite Easily.

You see, there are companies out there today with the same multi-billion dollar potential that are just getting started... and that you can invest in.

They're publicly traded, and one day, they will hit the same peaks as some of today's household names.

My passion is finding these companies, getting them early, and watching the magic happen.

And regardless of what you may have heard about micro-cap stocks, there is a way to weed out the garbage.

Following a few basic guidelines, you can immediately reduce a vast majority of your risk exposure:

If you're seeing a pattern up there, it can be summed up in one word: stability.

I know; stability isn't something you typically anticipate in companies you think are on the verge of blowing up (not imploding, mind you). But it's exactly this sort of stability that sets young companies up for the meteoric growth you dream of.

Apple would never have been able to develop its first commercially successful PC, the Apple 2, without this sort of stability.

Google would never have had the liquidity to build its first data center without it.

So once you apply these filters, you're already nine-tenths of the way to finding a great company.

This is something you can do with just a few clicks of your stock screener.

That's where you need to actually to anticipate what has potential to be big tomorrow as opposed to today.

Calling market trends is the one common thread through all of investing, and it matters here as much as anywhere.

In fact, it matters the most here because here, trends can swing stocks double-digit percentages in mere hours — one stock I own did it just today.

Let me tell you, watching those green digits tick up never gets old.

I'm Fun Once You Get to Know Me

I'm going to be writing a lot about these high-performance micro-cap stocks in the coming months, so get ready.

I will leave you with my favorite ancient proverb...

It was known to its original authors, the Romans, as: Audentes fortuna adiuvat.

It has been quoted throughout history, has been adopted as the motto of famous military units and naval vessels, and appears on the crests of a number of prominent families.

The English translation, much like the original Latin, is brief, to the point, and irrefutable: