The Rise of the Subprime Auto Loan

We thought we uprooted the weed that ruined our nice lawn in the 2008 subprime mortgage crisis. But as it turns out, we merely sliced off its top. The weed’s root system remains in place, and now the subprime weed is growing in another segment of the lending market… auto loans.

Even after being burned by so many failed home loans five years ago, lenders are still pursuing customers with bad credit – those with spotty repayment histories or irregular income who are repeatedly refused traditional loans. Why? Because the banks can charge risky clients an extra one or two percentage points in interest. 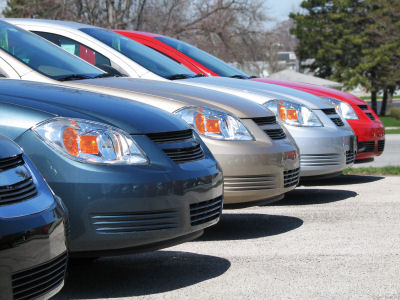 So attractive are the returns relative to other investments that more and more lenders are chasing after the high risk borrower. Of all auto loans issued by U.S. banks in Q2, 36% were to subprime borrowers, up 2% from Q2 of 2012. In total, the value of auto loans has increased by 10% over the past year.

Yet while the increased competition brings rates down for the auto buyer, and the larger volume of loans increases sales for auto makers, lenders may once again be playing their drums with sticks of dynamite. Will the subprime auto market blow up in their faces like the subprime housing market did five years ago?

It is a vicious cycle that keeps going around in circles. High risk-taking by banks in the 1990s backfired in the opening years of the new millennium, forcing the government to lower rates to save the economy.

Yet the lower rates crimped bank profits, leading them to take greater risks in subprime home mortgages during the early 2000s. When that gimmick blew up in 2008, the government lowered interest rates even further to near zero.

Since then, the banks have once again been on a quest for yield. And once again they are turning to subprime high-risk borrowers – this time, in the auto market.

Yet as the auto loan market thins out, banks must keep lowering their standards. The average credit score among borrowers of auto loans has fallen for the fourth consecutive year.

“We’re expecting continued weakening in credit standards as more players vie for a piece of the subprime auto loan market and others try to hold on to market share,” explained Standard and Poor’s analysts headed by Amy Martin, as cited by Bloomberg.

Not only are lending qualifications falling, but the amounts being loaned are rising. Where the average loan-to-value ratio for autos was 112% in 2010, the LTV is now up to 114.5%. Lending more money than the vehicles are actually worth increases the risk of loan abandonment, the analysts noted, as “borrowers are less likely to stay current if they owe more than the car is worth.” Blackstone’s Exeter Financial Corp, for example, has already experienced an increase in late payments to 7.8%, up from last year’s 5%.

So the practice of signing high-risk loans and then dumping them onto the markets is alive and thriving, like a weed that just can’t be stopped.

Yet participants believe that this most recent re-growth of the subprime lending market in autos might not turn out so ugly as the previous one in housing.

As the economy strengthens, consumers’ ability to carry debt is improving. Rating agency Experian Plc reports that auto loan delinquencies fell to 2.38% of all auto loans, the lowest in any second quarter since 2006, while repossessions fell to a record low of 0.36%.

Both banks and auto manufacturers are thus plunging headlong into the subprime segment to secure more loans, with automakers gaining some ground.

Better for How Long?

With just 36% of the auto loan market, banks have lost 4% of auto finances to the automakers, whose share grew by 7% to 25% of the market. Automakers are sweetening their loans to drive auto sales, and now the banks have to lower their standards to reclaim their share of the market.

But if recent history has taught us anything, it is that any deals which seem sweet when interest rates are low can quickly sour when interest rates rise. And guess what the Federal Reserve is planning on doing? Not right away, of course, but economists are expecting interest rate increases beginning in 2015, with regular increases for some two to three years.

If just the thought of reduced stimulus was enough to drive bond and mortgage rates a full percentage point higher over the last five months, subprime borrowers could be in for a rough adjustment to higher payments when rates begin rising for good in a year and a half.

Not Worth the Risk

Investors should always be cautious during periods of low interest rates, which have the tendency of pushing us into riskier and riskier assets for just one or two extra percentage points of yield. Just be patient a while longer. There is no point following the herd into muddy waters for just a tiny bit more yield. In a short while, rising rates will give you four or five extra percentage points of yield for less risk than you’d be taking now.

Don’t be fooled by the low tide into swimming so far out to sea. Just as in the mid 2000s, all went swimmingly for everyone – banks and borrowers alike – while interest rates remained low. But the tide rises very quickly and washes the unprepared out to sea.

Stay conservative in your investments and don’t be so desperate for yield at this time. Remain in the shallow waters close to the safety of shore. In a short while, the interest rate tide will rise, and you’ll have plenty of water to splash around in – while still remaining near the safety of less risky investments.