The Return of the Story Stocks

I’ve been watching the markets in disbelief for almost a year now.

First, it was the crash last March — people selling out of everything because of a virus that was going to shut down the world (even though it had a 99%+ survival rate).

Then it was the rally that followed. The virus did shut down the world, millions lost their jobs, millions more had to apply for assistance so they didn’t get evicted or foreclosed on. Still, stocks flew higher.

Then it was major companies making outsized moves. In 2020, there were over 150 non-microcap companies that more than tripled their share price. That’s more than three times as many in any year in the past decade.

Now, it’s the story stocks. If it has a good story, it must be a good investment.

And if there’s one thing I’ve learned in my career, it’s that just because a company has a good story doesn’t mean it’s a good investment.

Even The NeverEnding Story finally came to a close. And that’s what happens to all stories and most story stocks.

The story gets hyped up and the company can never actually live up to the hype.

Groupon was a story stock. So was Research in Motion (now BlackBerry). So was Yahoo. So was GoPro.

Yahoo was sold to AOL, and then to Verizon, for substantially less money each time.

Groupon investors are down 94%. 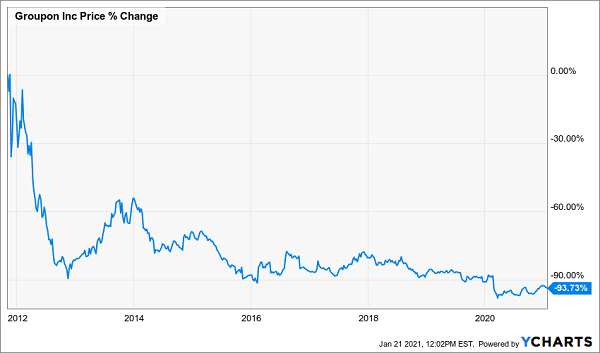 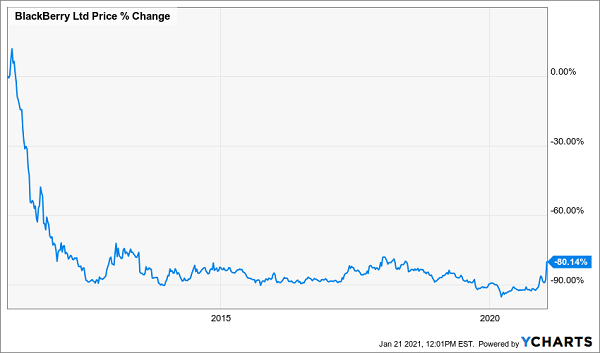 GoPro ramped up after its IPO as the story got out of control, and now it’s down 72% from where it listed and even farther from its peak. 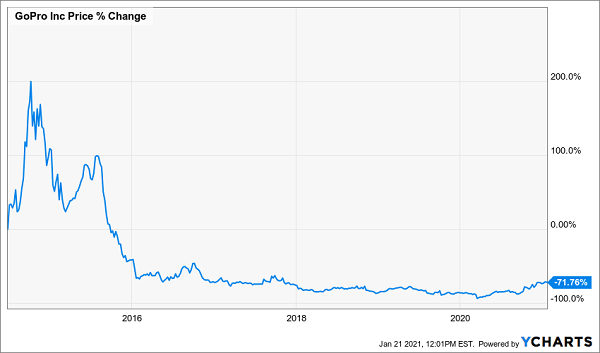 You see where I’m going with this?

The story stocks are usually just good for a story.

But investors can’t seem to get enough of them right now. The better the story, the more crowded the trade gets and the higher the stock gets pumped.

But the only thing the heights tell you is how far they have to fall once the story runs its course and reality sets in.

A New Take on an Old Story

Recently, I heard about another company that looks like the perfect setup for a story stock ramp and a reality-set-in crash.

It’s a really great story, and that’s why I think it has short-term potential. But it’s a fundamentally flawed business and the company isn't likely to survive more than the short term.

The company is called Facedrive. It’s sort of a Canadian version of Uber. It offers ridesharing, food delivery, product delivery, and now even car-sharing services.

So far, it operates mostly in Canada, but it recently bought a car-sharing firm in D.C. and is looking to expand further into the U.S. market. It also has plans to expand into Europe.

And what sets it apart from the Ubers and Lyfts of the world is also what makes it a story stock.

This company’s focus is on being a carbon-neutral (or even negative) corporation. It has already taken massive steps that Uber and Lyft are just contemplating.

You see, by 2030, both Uber and Lyft hope to have 100% EV/hybrid fleets providing their rides and deliveries. Facedrive almost already has that in place.

Since its inception, the company has strived for high ESG marks. So one of the first things it designed was a way for customers of its ridesharing service to select the kind of powertrain they’d ride in.

You can select a traditional ICE, a hybrid vehicle, or a fully electric vehicle. To offset any carbon created by customers riding in ICEs, Facedrive has been planting trees all over Toronto.

So you can see how the story is shaping up. It’s a company that’s already involved in a very storied place — the sharing economy — and it has the renewable energy/EV/global warming story too.

Add in the U.S. car-sharing service it just bought, and the massive investment from Exelon that came with it, and multiply by a Democrat-controlled D.C. that’s coo-coo for anything labeled “environmentally friendly,” and you’ve got a story of epic proportions.

So it’s no surprise to me that the company’s shares are up nearly 1,000% since this time last year. 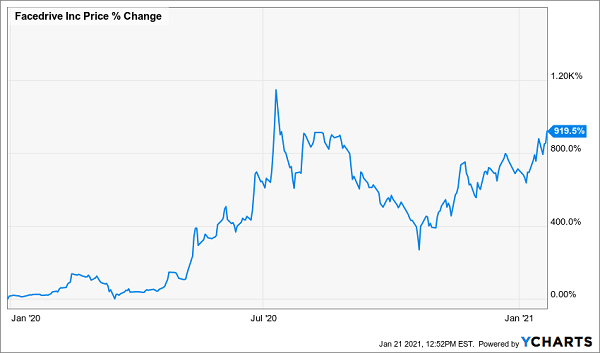 It’s a great new take on an old story that people love to tell.

Most Story Stocks Don’t Have a Happy Ending

That means the company is spending 1,712% more than it makes in sales.

It has $7.36 million in cash, and it spends about $10 million just running its operations each year.

Chances are it’s not going to turn a profit anytime soon with that massive negative margin. The only way it can last longer than about three quarters will be to raise more money.

If it’s able to secure more private funding, that’ll likely be at a discount to where the shares trade on the open market. Not only will that dilute current shareholders, but it’ll also pull the price down to wherever the private shares are offered.

That’s not what investors are looking at right now, however. All they’re hearing is the super-cool story, and all they’re seeing is the headlines telling them that everything related to renewable energy and carbon control is going to go gangbusters over the next four years.

So people are buying these shares and paying the equivalent of $1,810 now for every single dollar of sales the company made last year.

I really don’t see how that story is going to have a happy ending.

The bottom line here is that you have to be very careful who you get your analysis from. Some people are just in it for the clicks, so they just write about stories you’ll want to read.

But keep in mind: Just because a stock has a good story behind it doesn’t mean it’s got nothing else.

Apple was a story stock. So was Facebook. So was Amazon. And we all know how they’ve fared.

So listen to the stories, but make sure you read the footnotes too. That’s where you’ll find out if the story you’re hearing and the tale the numbers are telling actually match up.