The New Rules for Gold?

The End of Cheap Gold is Here

My jaw hit the floor when one of my colleagues showed me the irrefutable evidence a few months ago.

Quite simply, what he showed me was the biggest, most important story for gold in the last 40 years. It's going to push gold prices significantly higher.

The gist of this story is that everything investors think they know about the value of gold will change on January 1, 2013. Because on that day, gold will finally be rated as a cash equivalent — just like Treasury bonds are now.

I've waited for the major financial media outlets — CNBC, Bloomberg, The Financial Times, and The Wall Street Journal — to pick this story up. Because when word gets out to the masses, there will be a gold-buying frenzy...

But so far, nothing. Nada. Zip.

Either these media-types are more ignorant than I thought (which would be a significant achievement, at least for CNBC), or they're deliberately burying this life-changing story.

At this point it barely matters. Gold's status is going to change, whether it's reported far and wide or not. The price of gold will go a lot higher in 2013... and beyond. I expect to see $2,400 an ounce by March.

And you, a Wealth Daily reader, are among the few investors in the world who are getting this message in time to make a sizable chunk of change from it...

How High Could Gold Prices Go?

Maybe you've heard of the global banking regulatory group that meets in the small mountain town of Basel, Switzerland, every few years...

This group of bankers is responsible for setting global banking standards. They decide things like which assets qualify as Tier 1 assets, how much loan loss reserves banks need to hold, and how much leverage banks can take on.

Officially known as the Basel Committee on Banking Supervision, it's only met three times in the last 20 years. The first meeting was in 1988. The second meeting, Basel II, in 2004, was a disaster.

The Basel banking geniuses allowed mortgage-backed securities to be considered a Tier 1 asset. (A Tier 1 rating means that the asset is considered a cash equivalent.)

Of course, after the housing crash and ensuing Great Recession, we know that mortgage-backed securities are nowhere near as good as cash.

So in 2010, the committee met again to fix their past mistakes. It was at this meeting — known as Basel III — that the biggest news for gold in 40 years emerged: news that could send gold prices to $2,400 an ounce over the next few months.

The Basel Committee on Banking Supervision ruled that gold could be included as a Tier 1 asset.

In other words, Basel III rules make gold just as good as cash or Treasury bonds.

Why is this such critical news for gold? Well, it has to do with how a bank's assets are used to back the loans the bank makes.

Before Basel III, banks had to hold around 6% of the value of outstanding loans as collateral for those loans. Most of that 6% was comprised of what's called Tier 1 assets: cash and company stock. (Treasury bonds count as cash.)

After Basel III, banks are required to hold approximately 12% of Tier 1 capital.

But the big news is that gold will now be considered a Tier 1 asset.

Prior to Basel III, a bank could only count 50% of gold's market value as collateral.

Again, I don't why this isn't being reported by the major financial media.

Basel III will fundamentally change the way gold is valued by the financial markets.

Personally, I view the fact that no one is talking about this story as a gift from the market gods.

The new rules for gold isn't conjecture. This isn't a guess as to what the Basel Committee on Banking Supervision might do. I'm not reading the tea leaves for evidence of some global conspiracy.

The European Union will adopt Basel III rules in 2013. So will Russia and Japan. China, India, and even Pakistan are on board. Australia, New Zealand, Brazil, and South Africa, too.

Basel III's new rules for gold are coming... and they're coming in just 55 trading days.

It's not often that the financial market serves up slam-dunk profit opportunities like this.

I only wish I could take credit for bringing this opportunity to your attention. But I have to give credit where it's due: It was Christian DeHaemer and his unerring diligence that uncovered the new rules for gold opportunity.

I've known Chris DeHaemer for about 12 years. And I've seen him deliver some ridiculously large profits to individual investors...

About a year ago, right here in Wealth Daily, Chris was telling readers about a small oil company that made a massive discovery in Kenya. Africa Oil (AOI.V) was a $2 stock at the time. Today it trades for $10.40 a share.

Before that, Chris regaled Wealth Daily readers with the investment opportunities he uncovered on a trip to Mongolia, of all places. Miner Sharyn Gol is up around 500%; Petro Matad could have been worth 759% to you.

Chris first started telling readers about the new Basel III rules for gold back in June...

I don't think it's any coincidence that gold has marched steadily higher since: 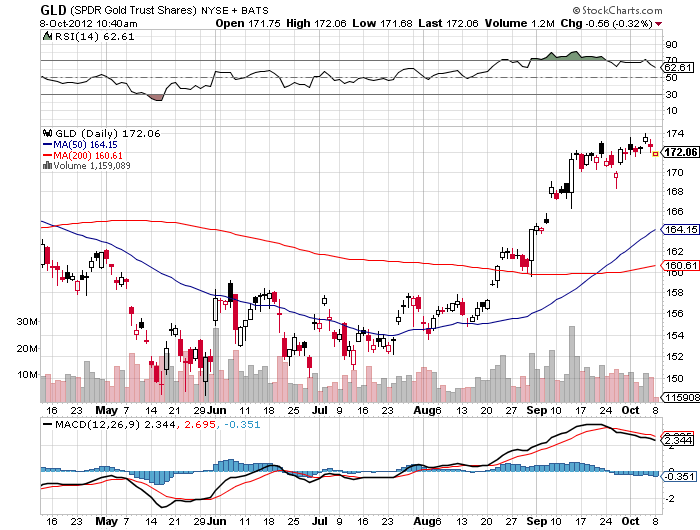 Chris DeHaemer has already tallied 71% gains from the new rules for gold.
And there's more where that came from...

And I know it's not a coincidence that Chris has already led some investors to 71% gains from gold's advance.

What happens next is up to you. You have some time to get positioned before the new rules for gold go into effect — 55 days, to be exact.

And Chris has a few compelling investments that are sure to ramp higher as gold takes its rightful place as one of the world's most valuable assets.

I'll let Chris tell you what he has planned...

Remember, just 55 trading days remain before gold is regarded as cash by law.