All of us are coming out of quarantine with some unfinished projects. Perhaps you aspired to learn how to bake focaccia or speak French... but didn’t get around to it. Nothing to be ashamed of. We’re imperfect beings, and many of us bit off a little more than we could chew in terms of how to occupy ourselves during these trying times.

Congress is really no different, except that it has left a far more important project unfinished: the next round of COVID-19 stimulus.

After the CARES Act, some minor extensions of its provisions, and a near miss with the HEROES Act, our government still hasn’t settled on a follow-up to the round of $1,200 checks Americans received back in the spring.

But it’s trying. Today we’re looking at the current state of COVID-19 stimulus legislation, its chances of passage, and its probable effect on your portfolio...

Back in May, Congress failed to pass the HEROES Act — a substantial stimulus bill that included another round of $1,200 checks, extra unemployment benefits, hazard pay for frontline workers, and housing assistance for struggling renters and homeowners — due to opposition from Senate Republicans.

This time around, Republicans are preparing a more modest stimulus bill. It would extend the boost to unemployment benefits originally created by the CARES Act, although it would cut the bonus in half from $600 per week to $300 per week.

The Republican plan would also include $10 billion in funding for the Postal Service in order to shore up its operations for the upcoming election, an extension to the Paycheck Protection Program (a relief program for small businesses), additional funding for schools and testing facilities, and legal protections from liability for businesses that open during the pandemic.

The House is returning early from its August recess to vote on the measure... but that doesn’t necessarily mean it’s a done deal.

Democrats have been pushing for a far bigger stimulus measure, one that would fully extend the CARES Act’s original $600-per-week boost to unemployment benefits and that would send another round of checks to taxpayers.

At the time of writing, House Speaker Nancy Pelosi still appears to be committed to that bigger stimulus — and she’s willing to oppose this more modest measure to get it.

"Why should there be a bill that has far less than what the public needs? We have that responsibility. They're just going to have to come up with more money,” she said at a press conference last week.

Even if she backs down — or convinces Republicans to meet her in the middle — there’s another, less partisan problem with the latest bill: The Senate may not come back from recess to vote on it.

The upper chamber is considering a similar measure that would at least bail out the Postal Service, but at the time of writing, there is no indication that its members are returning to Washington to help with passing emergency legislation.

What It Means for Your Portfolio

In the short term, the outcome of these congressional negotiations could cause a substantial swing in the price of major stock indices.

The S&P 500 rallied by more than 17% during the week when Congress passed the CARES Act, and successful passage of a continuation measure could similarly bring some optimism to markets. 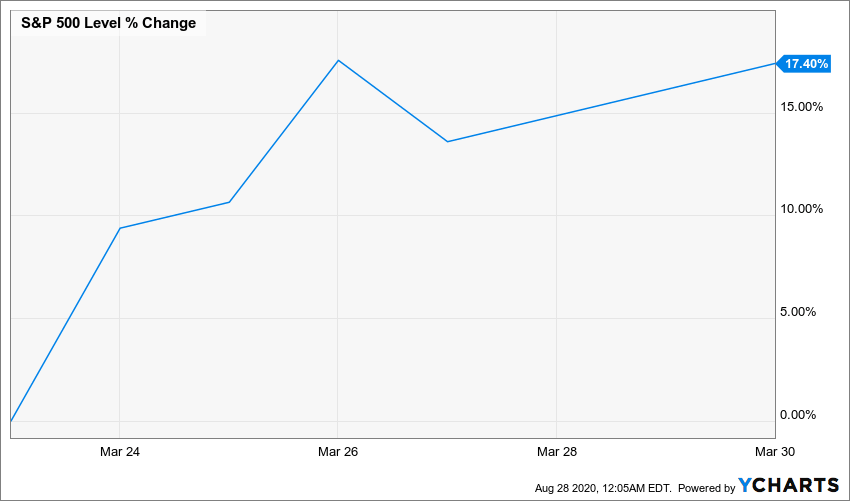 Conversely, if talks continue to stall, it could exert negative pressure on stock markets, as a lack of relief could damage consumer spending, which accounts for more than 70% of GDP.

Regardless of the dysfunction in Washington, Wealth Daily will continue to provide you with education and tips on how to best manage your money through these chaotic times. Check back here for more information as the negotiating process goes on.