My 50th birthday was kinda tough. The day before was fine — I’m still young, I’m healthy... there's a lotta life left in these bones. Then the next day I was 50 and I felt like I was gonna drop dead any second…

It was time for some changes, and the first thing I did was stop buying Oreo cookies.

It’s not that I bought Oreos every time I went to the grocery store. But holy moly, when I did? I didn’t manage the eating of said cookies well. At all...

“Wow, was that really four? I just need two more…”

Pretty soon, no more cookies. And then the guilt... the anguish... how could I be such a glutton? If I could only eat cookies like a normal person I’d still have some Oreos today — WHEN I REALLY NEED THEM!

Once I acknowledged I had a problem, quitting Oreos wasn’t that hard. I stopped cold turkey, and after a couple years, I found that I could even buy them on occasion without spiraling. But only when they were on sale.

I don’t remember when exactly, because it was during those hazy dreamlike years now known as "pre-pandemic." But the last time I bought Oreos, they were buy one, get one free...

Two sacks of delicious cookies for $3.50? Not a fair fight.

So a couple weeks ago, it was like I got smacked out of a delirium. I was standing in the cookie aisle — and a sack Oreos was $5.97! 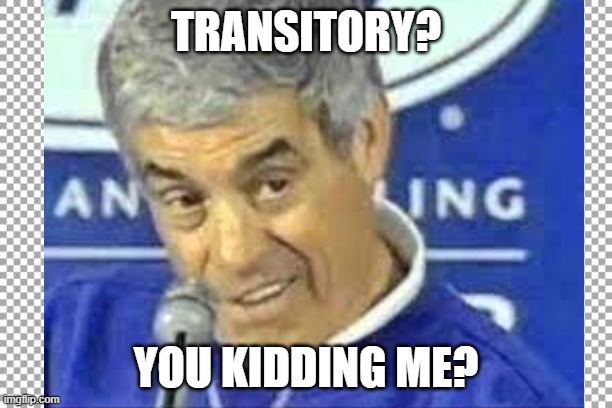 I know I just used this image in another Wealth Daily article, but I really like it so don't be surprised if you see it again.

Over the past couple months, we’ve seen record highs for copper, lumber, and, yes, cookies. And all the while, our fearless Fed chief is telling us these price jumps are transitory.

When it comes to copper and lumber prices, sure, when supply chains are fully restored and supply comes into relative balance with demand, prices will probably come down.

But Oreo cookies? Not a chance in hell that genie goes back in the bottle.

Same goes for all other products we’re paying more for. It may not be inflation in the traditional sense of the word. But who gives a crap about tradition when life is getting more expensive for the average American?

But the thing is, this actually is something of a tradition. A very bad tradition. Look at what happened during the Great Recession. Interest rates got slashed, the rich got bailed out, and the average American got the shaft.

And it’s the same thing today as we emerge from the COVID pandemic. Household wealth for the 1% has skyrocketed while the average American cashed two grand in COVID relief checks. It never fails: The average American always picks up the tab when there's a crisis. So I'm watching the infrastructure bill debate and laughing. Because Biden wants to pay for infrastructure spending by reversing the corporate tax cuts. And if you wanna know why the corporations haven't griped about this, see the price of Oreos.

Editor's note: The fact that corporate tax rates are now lower than most individual rates is completely insane. I don't care what the Supreme Court said — corporations are not people. The only reason for corporations to pay less in taxes is so there's a bigger bonus to pay upper management. Upper management will tell you that lower tax rates will keep companies competitive, that they will raise capex spending. Bullshit. Capex didn't go up. Those bonuses sure did, though. The money that sits in corporate bank accounts has no velocity. It just sits there, doing nothing. If I had my way, corporations would pay 50% in taxes and that would cover all of their employees' income taxes.

You know what’s not going up? Wages. The Bureau of Labor Statistics says that wages are up around 3% so far this year. It says Q1 wage growth was the best that we’ve seen in 20 years. Sadly, that’s nowhere near the speed at which inflation is moving.

Never Gonna Give You Up

When the Fed says its target for inflation is 2%, it means that they want to see prices rise 2% this year in comparison to last year.

The simplest way to express this is that something that cost $1 last year should cost $1.02 this year, right?

Well, the problem with what the Fed is saying is that whatever inflation gains are made this year aren't going to magically go away. So if inflation surges 10% this year, it means the thing that cost $1.00 last year will cost $1.10 this year and $1.122 next year.

Maybe it doesn’t matter if you understand what the Fed is saying. After all, when Fed Chair Powell says that inflation is transitory, he’s not talking to you, an average American. He’s talking to his buddies in Congress and on Wall Street.

It's been a while since anyone in power actually looked out for the Average American.